As the doors to the Lorespire Complex slide open, a green holographic image of a middle-aged human woman shimmers into view at the center of the room. “Greetings,” it says. “I am Guidance. Please use the cheek swabs in the open receptacle to provide a genetic sample for Starfinder Society identification purposes. If desired, you may place your hand on the glowing panel to receive a subdermal implant further marking you as a member of the Society.” 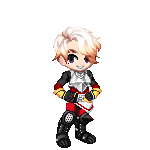 One of the occupants of the room was Tara, who was a generally pleasant if businesslike woman with purple eyes, light skin and blonde hair; she was dressed for her job, in a thick suit of lashunta ringwear armor that looked secondhand, with a few dings and scratches in it. She swabbed her mouth obligingly, as a small glowing flicker of light appeared beside her head.

"It's procedure, I suppose. Not like I can't take the implant out," she said, seemingly to the mote of light, as she uncoupled a gauntlet and pressed her hand on the panel. "Yes, I know it'll hurt, it's just an option, is all."

Kyle rose an eyebrow, looking at the others and, recognising professionals, nodded with respect before laying his hand on the panel, "Yeah, right... More tracking..."

You didn't need much observation skill to guess Kyle qualifications, his outfit talked for him. The Armor beneath his burned suit and the scars on his head testified he was in trouble not long ago.

Always at the ready, he is a man of action, scanning everyone present in the room with his android eyes. 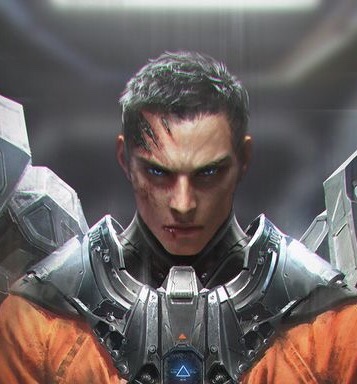 The next to enter the chamber was a human woman. She was beautiful, with long black hair and dark, soulful eyes set in caramel skin. She was dressed in a set of basic freebooter armor, but had an open white robe over it with symbols of Sarenrae.

“Ashlyn Anjuliz,” she announced to the computer. She took the cheap swab and deposited it to confirm her identity, and then placed her hand on the device for the implant. She winced slightly, but the sting wasn’t bad. She flexed her hand as she removed it and looked to the others in the room.

"Pleased to meet you," said Tara, the mote of light bobbing along beside her as she shook the hands of the others present. "Bureaucracy, huh?" She waved at the machine.

Ashlyn smiled at Tara. “Bureaucracy makes the worlds turn,” the priestess commented. “Very agonizingly slowly.” She looked at her hand. It had already healed. She flexed her hand a bit to work out the soreness.

After each have you has given a DNA sample, the hologram speaks again. “It is our pleasure to officially welcome you into the Starfinder Society. Today is the commencement of your new role as a Starfinder field agent. It is our tradition, at the end of the graduation ceremony, for new graduates to present themselves to the heads of our most prominent factions and complete a task at those leaders’ behest. This allows the leaders of these groups to become familiar with all new Starfinder agents, and it provides a constant supply of agents for handling situations in our holdings on Absalom Station. While these tasks were formerly symbolic, the heavy loss of Starfinder agents in the Scoured Stars necessitates that these missions become something more. Please treat any tasks given with the gravity you would grant any other Starfinder assignment. Once you have completed the faction leader’s desired mission, that leader will signal Guidance to indicate the mission is finished. Once all missions are complete, the PCs can return to the Lorespire Complex to finish their commencement and prepare for future missions. Do you have any additional questions? As the computer finishes this speech you all instantly receive a text file. https://drive.google.com/open?id=1piG4HI7VFRiOv-_wLkhSbe26MnUl-YGz

"Well, I suppose it's necessary. I just figured the exploring-part would mean less of the paperwork-part." Tara scrolled through the datafile on her phone, and selected the Wayfinders without much hesitation. She nodded to her mote. "Yes, I was good at the paperwork, that's not the point."

The hologram says in a flat monotone All work for the society will be compensated as per standard.

Ashlyn opened the file that had been sent to her comm. The Exo-Guardians appealed to Ashlyn, but the others seemed interested in checking in with the Wayfinders first.

"They seem neat, you know? Sorry I can't define my affinity further than that. Okay!" She rubs her hands together in anticipation. "What's the assignment? What strange new world are we going to map out?"

“It sounded like we’re going to run around the station doing busy work until they get an idea of our capabilities,” Ashlyn said, recalling what the hologram had said. “Entry level work. But it sounds like there’s plenty of room for advancement.”

Having voted, you head to the outer rim of the station. The station’s Armada can be seen from the shuttle’s view screen as it takes off, gleaming figures standing out against the emptiness of space. The Master of Stars immediately stands out from the rest, as layers and layers of scaffolding obscure its hull. Tiny lights flicker among the metal beams as distant figures weld plates and heat shields to the ship’s exterior. The shuttle smoothly glides closer until it reaches the starship’s docking bay, slipping through the magic field that keeps the hold pressurized with breathable atmosphere. As the shuttle doors open, a small drone flies in and pops up a holoscreen, displaying a harried-looking ratfolk. Finally, fresh meat! the ysoki exclaims over the screen, sounding pleased. Name’s Fitch—pleasantries over, time to get to work. I had some trouble earlier with the lights flickering on the ship, and now both the lights and computers have suddenly gone out on E-Deck. No idea what’s causing
it, but you work this job long enough and— Fitch’s attention flicks to something offscreen, and she shouts Kirkath! The welding torch is not a toy! You wanna go in
the toddler’s pen with the other kids? She snorts dismissively before continuing, Sorry, some of these little ones would cut off their own heads if I let them.
anyway, it could be some lunkhead screwed up the wiring, but that’s a pretty big system failure for a simple electrical short. I’d prefer to send in some people with combat training to scout it out, just in case someone or something is sabotaging the ship. If it’s nothing, great, get the power back on if you can. If there’s something
suspicious, use your comm units to report in to me. I’ll give you the access codes, so—Selicha! If you touch that panel I will staple you to the hull! The screen on the drone cuts out, then flashes to display the ship’s schematics and the passwords for the computers on E-Deck.
Your ship docks and your personal comms display a way to E-Deck. What do you do next?

"Fixing stuff on E-Deck? Hmm." Tara looked vaguely disappointed, but got over it quickly. "Well, I suppose we do need to earn our stripes before they give us our own starship. Okay, I'm ready to go when you all are!"