EN5ider's going old school today but making use of Fifth Edition's newer trappings to make gritty, realistic campaigns more engaging on the maintenance-front without things getting bogged down by excessive lists or the minutiae of equipment! What does that even mean? Read onward! 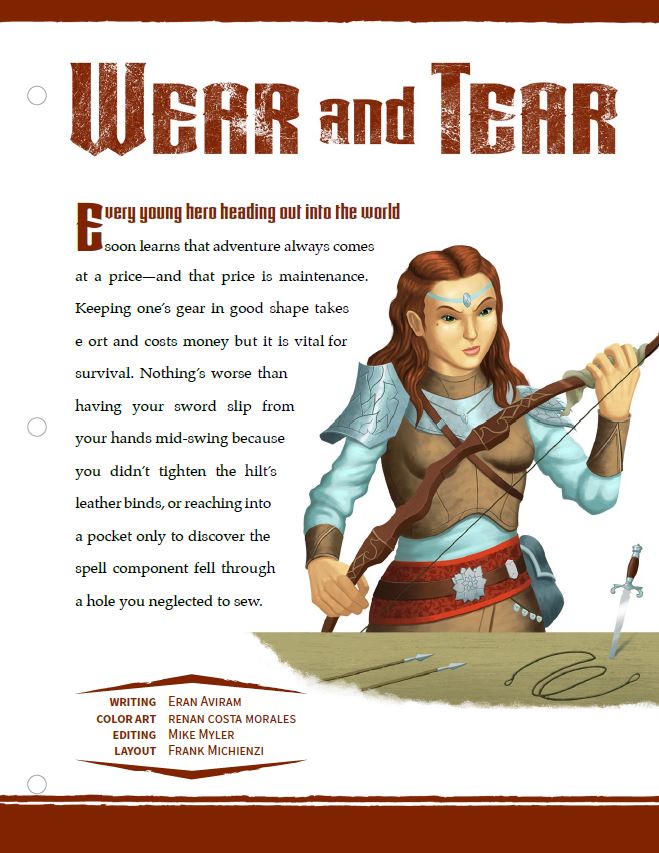