Today's EN5ider article is perfect for groups in the midst of a nautical campaign (a hobgoblin commander and his seafaring goblin crew are ready to spread terror on the open waves!) and is hot on the heels of the eighth installment of the ZEITGEIST Adventure Path, wherein the adventurers get their first clear shot at taking the offensive and going after the leaders of the Obscurati! 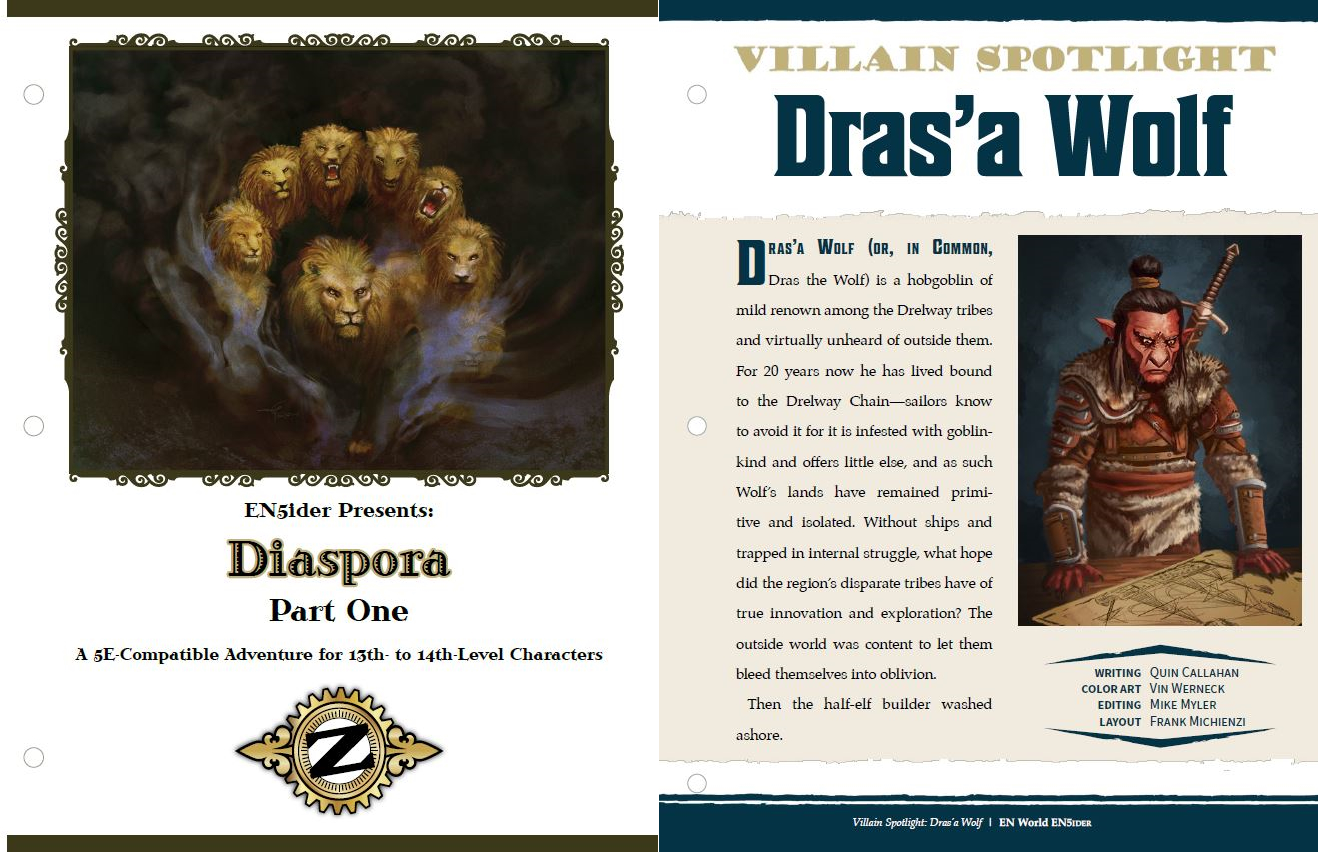