It's been a while since the last EN5ider: Monstrous Menagerie article but the series is back with not one, but two templates for dragons and examples of each at work! 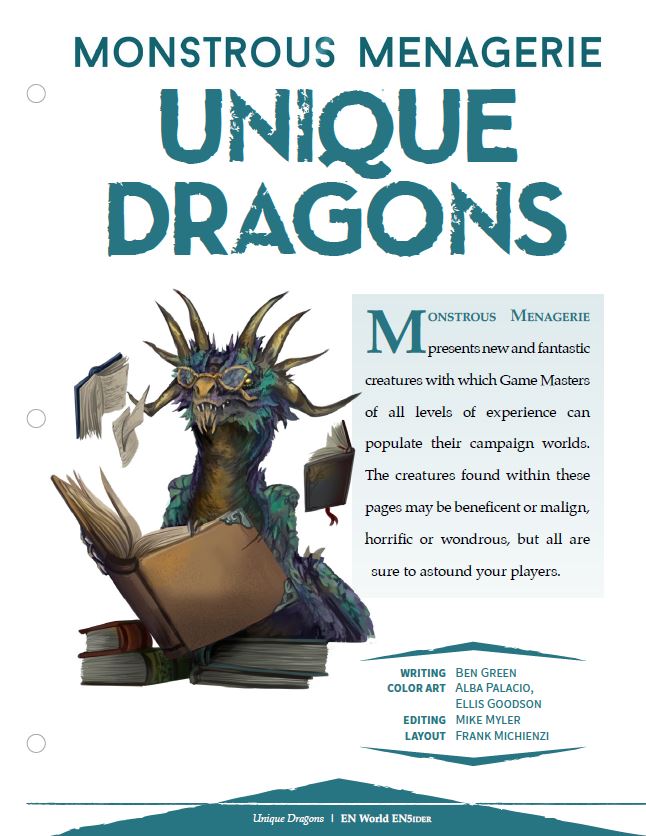