Today's issue of EN5ider gets down and dirty in Chokewater swamp, a bog of death and decay fiercely guarded over by an ancient power that deters trespassers by making use of a deadly servant: Jaxi the Blightgunner! 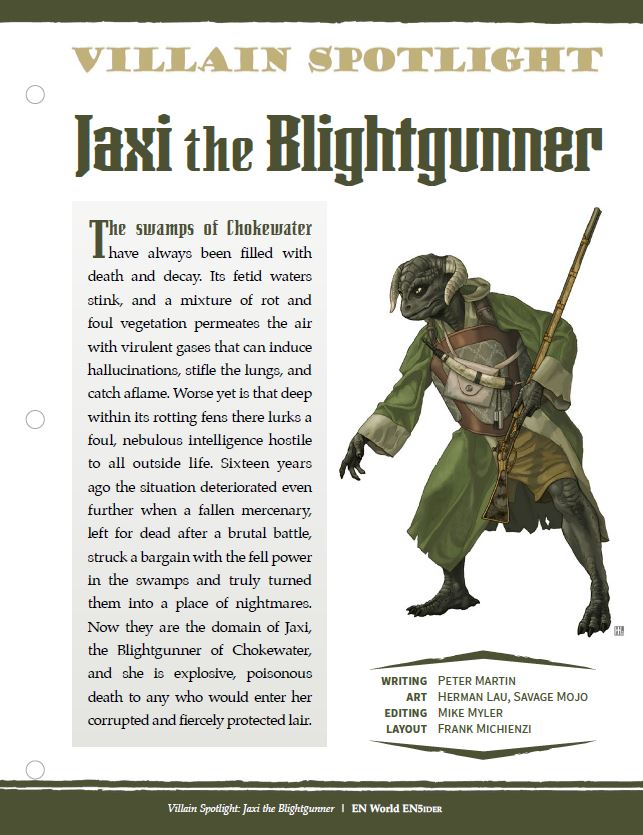