Today's issue of EN5ider features a new entry in the Enchanted Trinkets series with Patron Tokens specifically designed for warlocks! Protect your grimoire of shadows with an angel-hide bookmark, travel with style and confidence in a pair of satyr boots, take a chance with the seven-sided coin, and generally enhance your pact magic user's gaming experience with the eleven other magic items within. 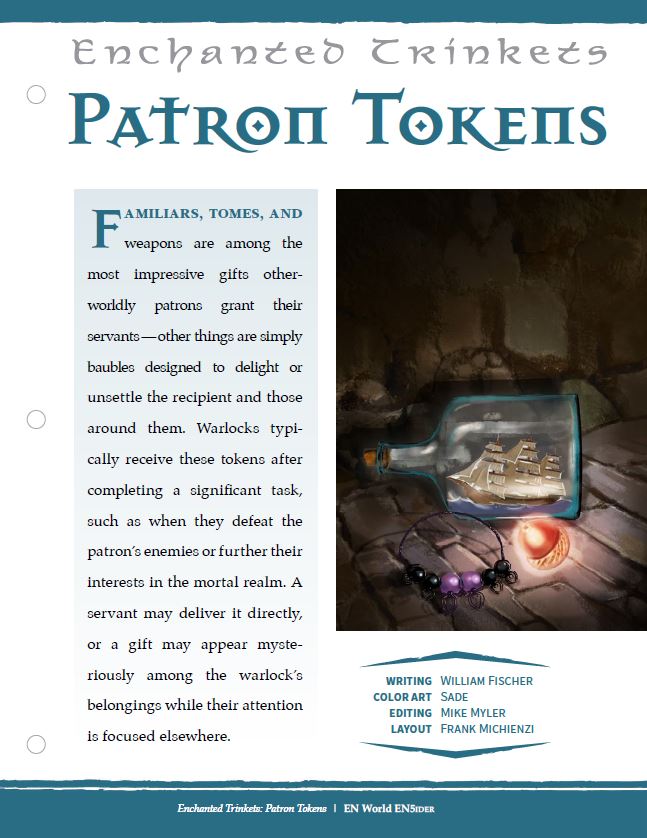 Join EN5ider for Immediate Archival Access: At the cost of $1 per new article we publish (5 per month—so $5 a month) you become a member, and all members get access to the library of 300+ articles!