At EN5ider we know our goblins, so when a goblin necromancer makes it into an article it's a sure bet that you'll also see some exploding undead and zombies popping out of bigger zombies! 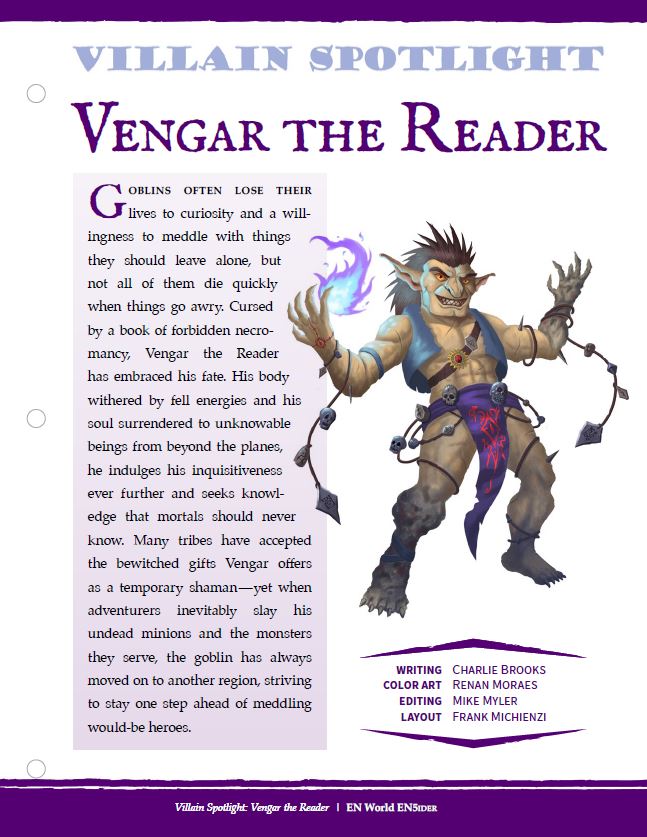 
There are now a total of 13 free EN5ider PDFs that include
the first adventure in the ZEITGEIST Adventure Path!
(Part 1 | Part 2 | Part 3)​

I have to say this for the late great Bill Hicks. Looks like we got ourselves a reader.