No expense was spared with today's issue of EN5ider and it's got it all! Sect of warrior-scholars—check. Warlocks devoted to a book—doublecheck. Badass teacher NPC—triplecheck! A book you can use to beat people to death—do you even need to ask? 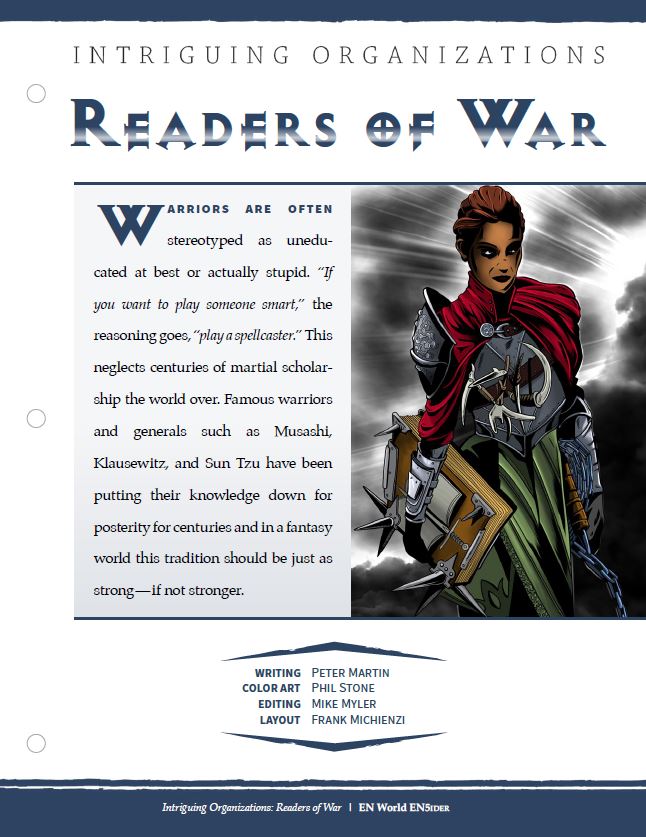 Check out 13 free EN5ider PDFs that include the complete
first adventure in the ZEITGEIST Adventure Path!
(Part 1 | Part 2 | Part 3)​