Is your adventurer ready to be their best selves? Then they damn well better look their best and today EN5ider is there for you—with a sweet suite of 11 feathered magic items the table won't soon forget! 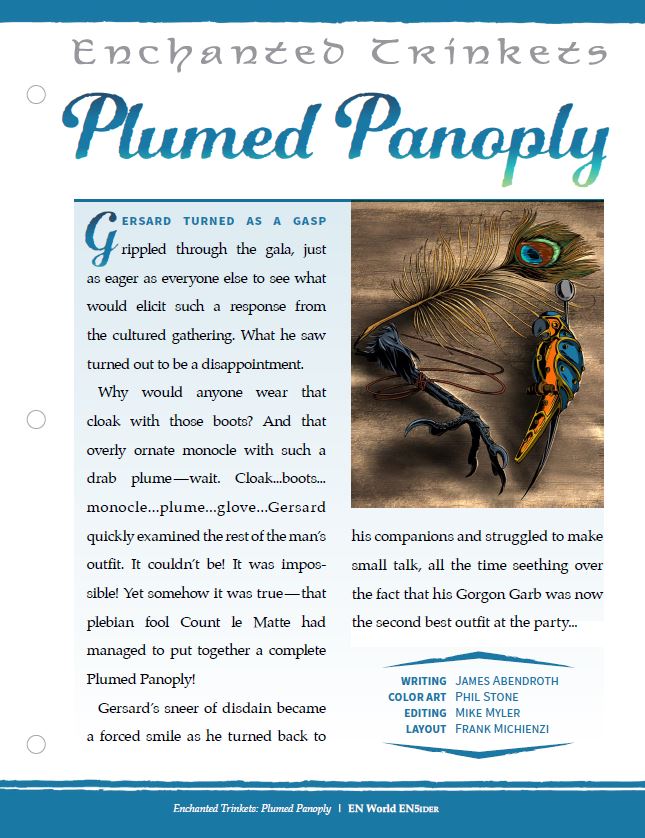 If you haven't looked at the 13 free EN5ider PDFs
(that include the complete first adventure
in the ZEITGEIST Adventure Path!) that's on you.
(Part 1 | Part 2 | Part 3)​