Not every undead is out to get you! The most recent issue of EN5ider is all about some well-meaning undead that strive to be a boon to the living, endangering their own post-mortal existences to try and save those they can from starvation, natural disasters, and injury. 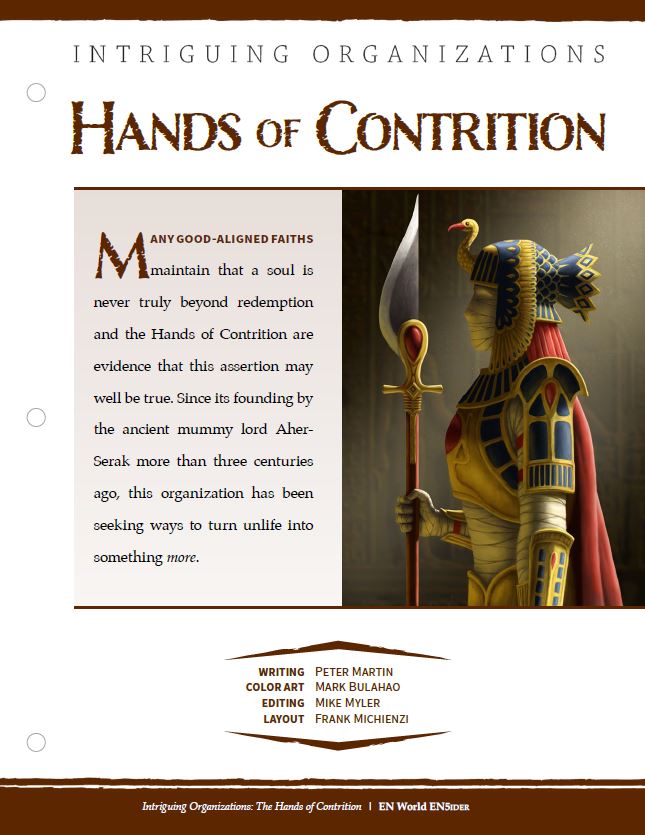 
If you haven't looked at the 13 free EN5ider PDFs
(that include the complete first adventure
in the ZEITGEIST Adventure Path!) that's on you.
(Part 1 | Part 2 | Part 3)​