The end of the month looms and EN5ider has an article appropriate for following up on last issue's Striking Magic: a friendly dentist! Really! Nothing sinister going on here. Nope. 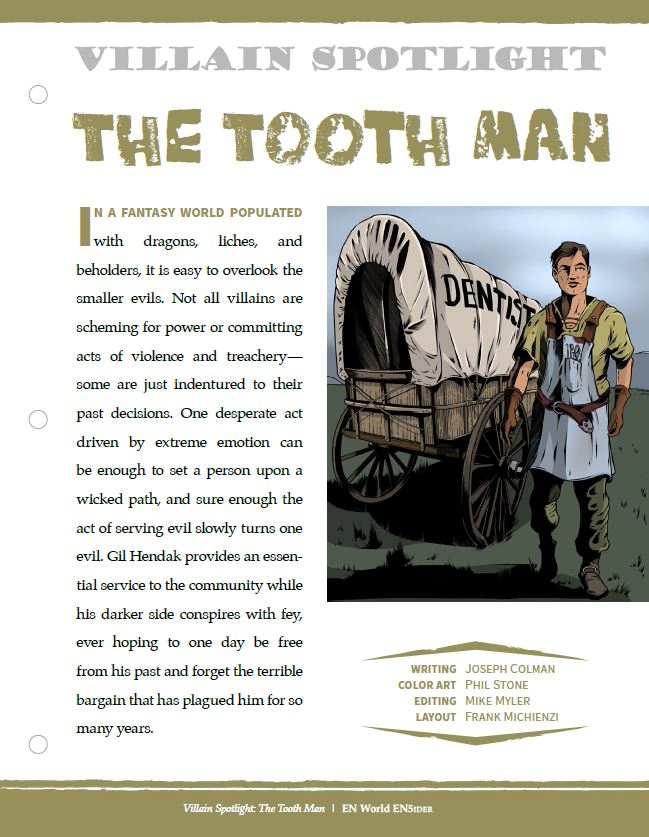