A brand new adventure debuts on EN5ider today as we return to Holdenshire for the final installment of the To Save A Kingdom Adventure Path! 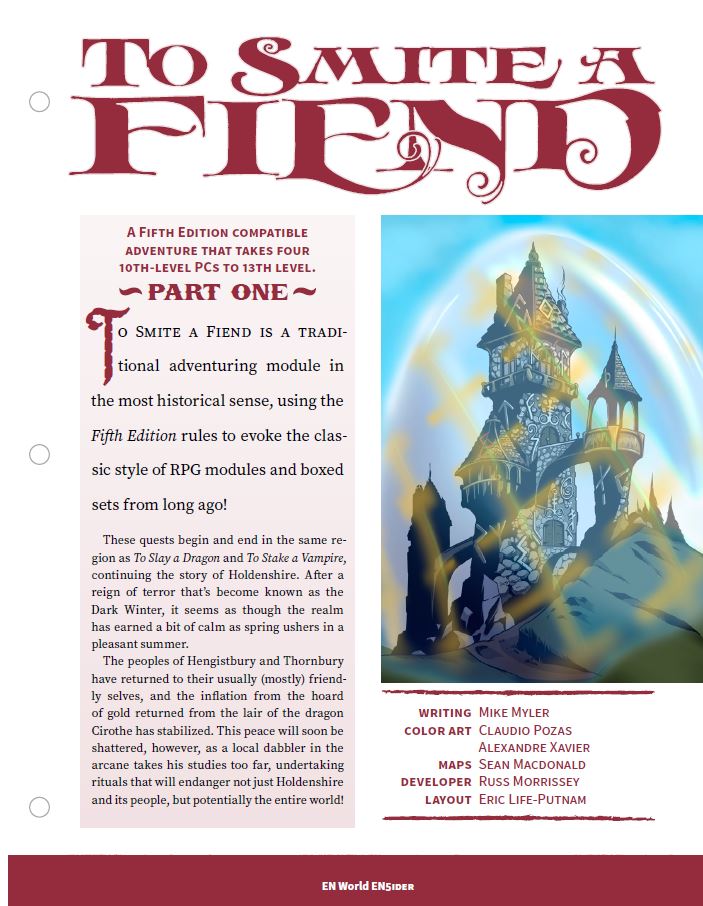