EN5ider's Over the Next Hill series is back with a locale for the strangest denizens from across the planes to ply their trades, a place you don't go to—it comes to you. 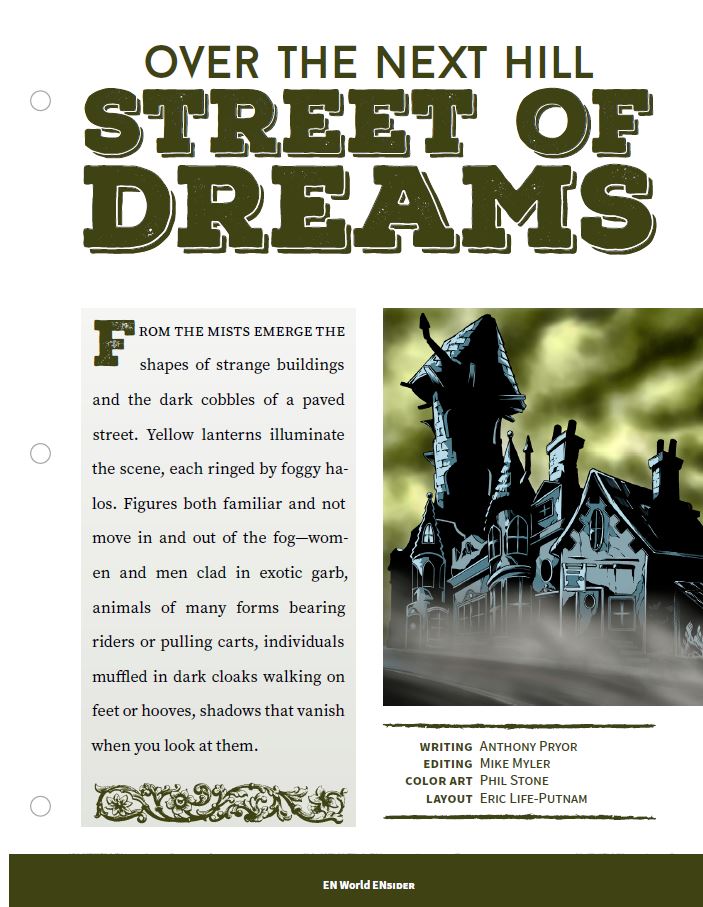