Today EN5ider heads to quite a peculiar city of hideouts, lycanthropes, and undead where the sun never shines, the moon never wanes, and the streets are red with blood! 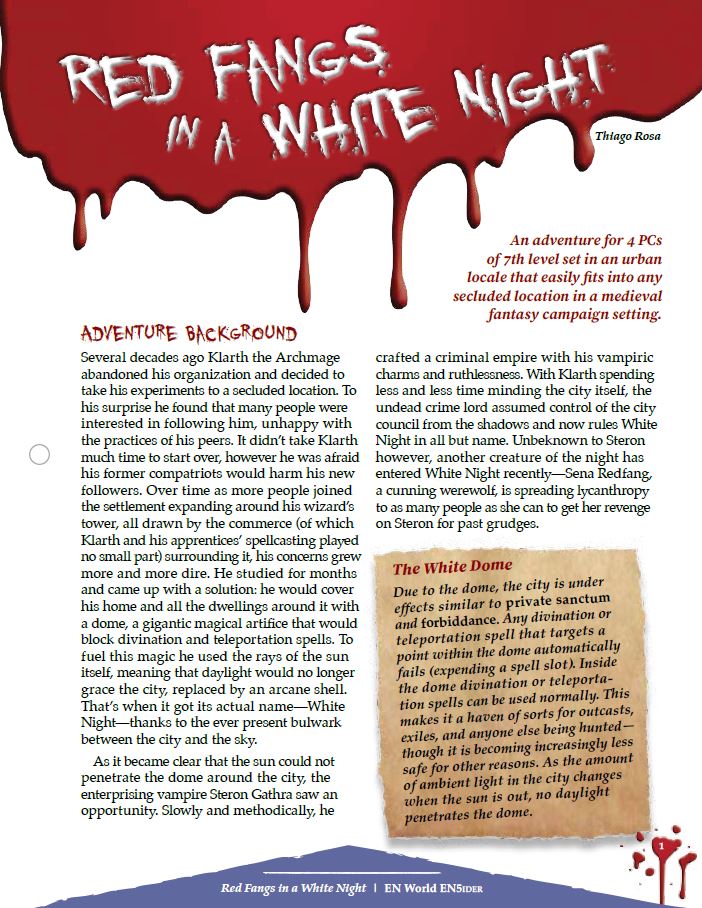