Doublets, cloaks, tabards, hats, hairpins—today's issue of EN5ider is tailored to fit right into your party's next stop in town! 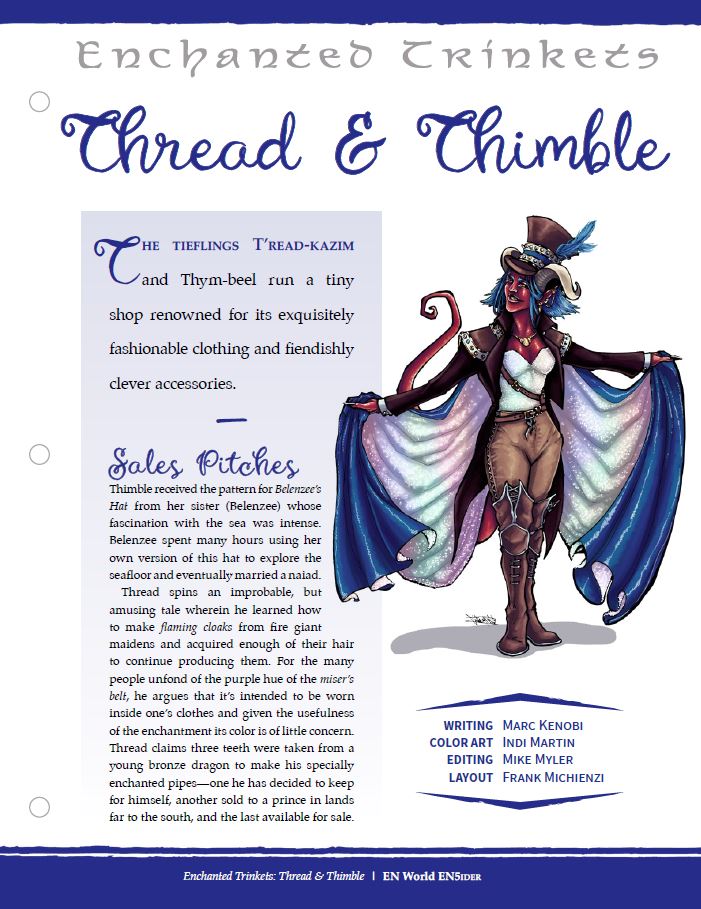