If you've been looking for an excuse to drink fear not, for today's EN5ider brings an end to your quest with a cabinet full of miraculous alcohol! 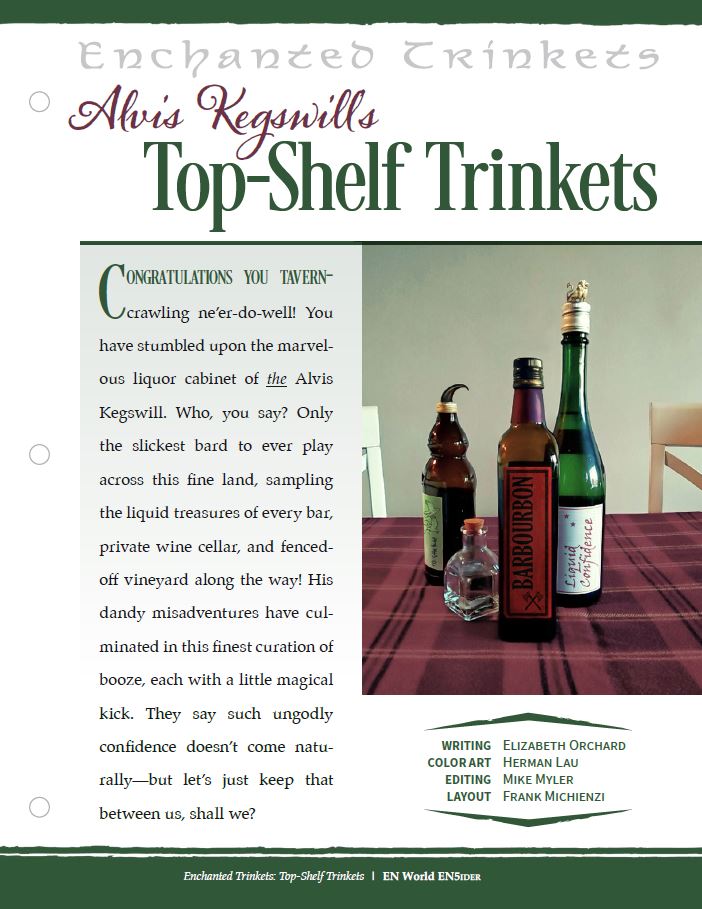