With only 10 days left in our Kickstarter campaign, we wanted to share some information on our campaign, as well as a creature meet and greet. This tome contains some of the most twisted, corrupt, and conniving creatures – fearsome foes, cute critters, interesting animals, and plenty of helpful and intelligent denizens with communities and histories of their own.

This mighty book contains over 240 creatures and sits at about 300pages. Originally converted from the Endless Realms RPG series we hope this to be the first of many conversions going forward. 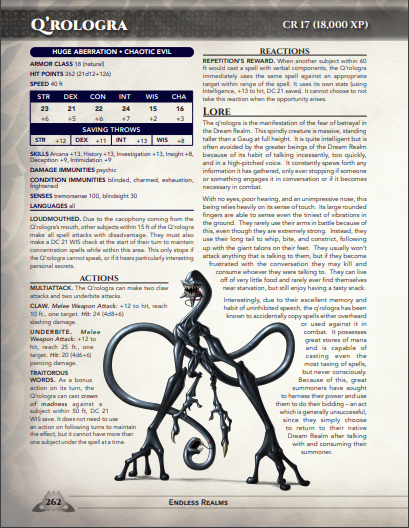 Without further delay here are some of our creature previews! 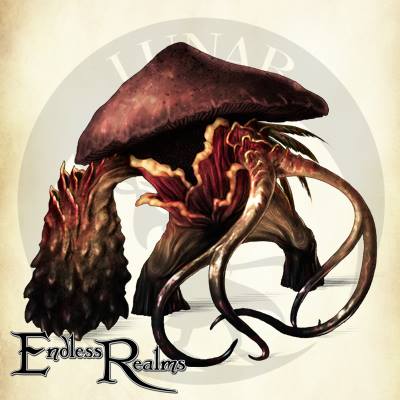 Some myconids are chosen for their roles within fungal society, whereas others are purposefully grown for specific functions. Myconid warriors are a perfect example of this. When a spore settles in a pool of blood, a myconid warrior begins to take form. The creature’s blood imparts a unique gift on the warrior it spawns. The blood of a leopard spider might grant hallucinogenic poison; the blood of a cyclops might impart the ability to use death energy.

Myconids never kill for the sole purpose of creating powerful myconid warriors, but they use the blood of the slain to their advantage.
Although they are slow-moving, myconid warriors oftentimes possess whip-like arms capable of entangling or grappling their enemies. Their heavy limbs are not only made for stomping enemies into the ground—they can rapidly decompose the earth around their attackers to form a thick black sludge. The sludge slows down any walking enemies and eventually traps all caught in it. 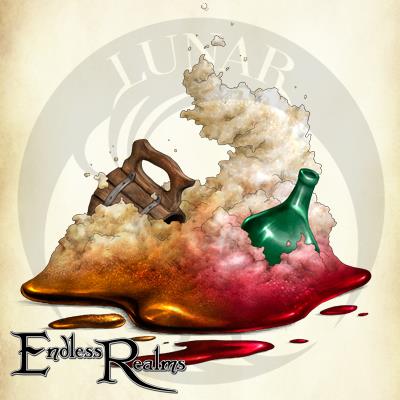 Created by a highly intoxicated mage as a dare, the tavern ooze is an organic, foamy creature that feeds solely on alcohol. Many an innkeeper has gone down into the cellar to find all their ale, wine, and liquor completely consumed by a drunken tavern ooze.


Luckily for them, tavern ooze is also considered an alcoholic delicacy by most races. Thoughts who are particularly fond of tavern ooze and are known to raise them in captivity for consumption. Be careful—a supremely drunk tavern ooze will attack any living creature that smells of alcohol in order to drink from them like a flagon of ale! 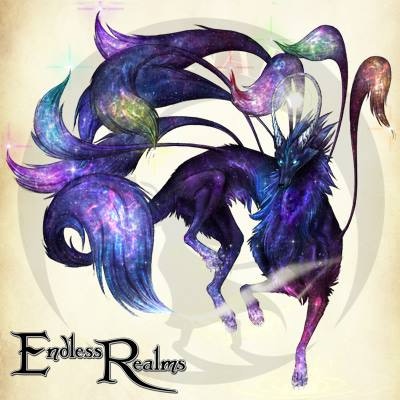 In a universe where the realms are, indeed, endless, the Astral Realm exists as the connecting hub. Folklore and legends speak of adventurers who stepped through a rift in the fabric of time and space to find themselves face to face with the Valenti Gatekeeper.


This fabled creature is said to travel freely between the realms as no other creature can—opening and closing rifts with the swipe of a paw. Its nine tails can each simultaneously connect to a different realm, and the light above its head will flicker or fade if a tail senses an imbalance of space and time within a realm. 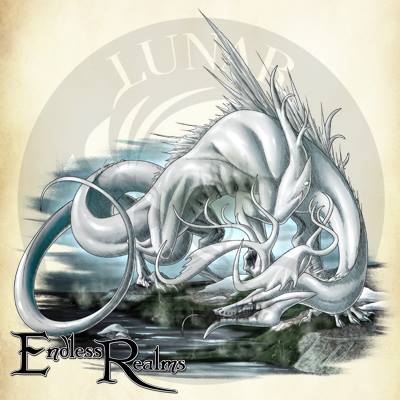 For many centuries, the Aiatar was believed to be a myth, the product of fever-fueled hallucinations and overactive imaginations. Witnesses, however, always made the same strange claim: they had been attacked—not by the white serpent itself, but by the sickly green veil of its shadow.


The famous naturalist, Freesi Ito, and her guide known only as Gyram, trekked deep into the artic swamps of Lumis in search of this fabled beast. The unlikely duo discovered a ghostly white creature that spent most of its time submerged in cold, stagnant waters, emerging only to stalk its prey or sunbathe.

To Freesi’s surprise, it was just as the reports had claimed: the Aiatar, as she named it, cast a pestilent shadow that slowly withered all it eclipsed. Freesi and her partner Gyram were honoured by both research councils for their work with the Aiatar and continue their ground-breaking research on legendary creatures throughout the realm today. 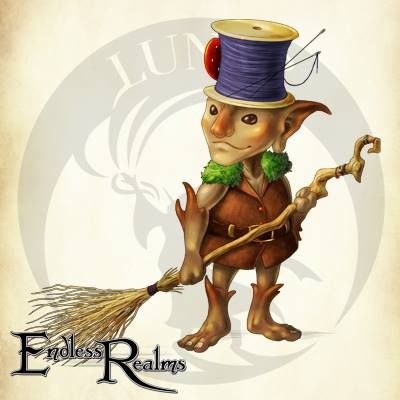 The brownie’s good nature is legendary among the Fey. They are the caretakers of Fey communities, but they are happy to help wherever they are needed. Brownies sleep during the day and work diligently through the night to sweep, dust, wash, and shine the homes they visit.

They have powerful magic and are able to turn invisible, animate common household objects to assist in their chores, and see inside the dreams of sleeping people. Anyone who suffers from nightmares should invite a brownie into their home for a good night’s sleep. Jealous partners have even been known to bribe brownies with treats in order to find out who their lover is dreaming of.

One last thing: NEVER mistreat or abuse a brownie. Just trust us on this. 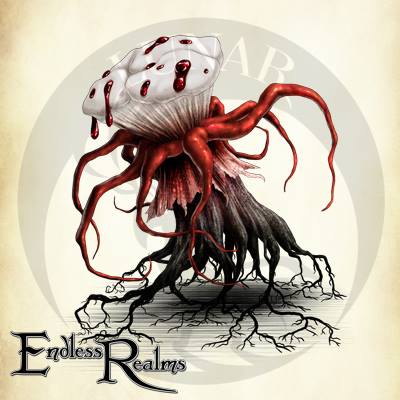 Able to uproot themselves and scuttle around the forest floor, infernal mushrooms are hunters. Many an innocent forager has been ambushed by this oozing, poisonous shroom.

Only the most skilled chefs know how to cook the poisonous cap so that it’s safe to eat. Because of this, daring someone to eat an infernal mushroom has become a popular drinking game. This often ends poorly, and so most trading posts stock plenty of the antidote on their shelves.

I became a backer for Endless Realms: Creature Compendium 5e a couple days ago. What made me finally decide to back this Kickstarter is the artwork, which I have seen a number of times on DeviantArt.com over the years. I especially liked the extended list of Gem Dragons and the Elemental Dragons. So much Dragonborn potential.

Corinnguard said:
I became a backer for Endless Realms: Creature Compendium 5e a couple days ago. What made me finally decide to back this Kickstarter is the artwork, which I have seen a number of times on DeviantArt.com over the years. I especially liked the extended list of Gem Dragons and the Elemental Dragons. So much Dragonborn potential.
Click to expand...

Well thank you so much for the support. I believe this book has at least 18 different dragons if I am correct. Needless to say, you will not be disappointed.