Epic Monsters is going way, way back for today’s post—we’re talking Gilgamesh or earlier. The divine creature in this post is known for soaring through the skies, keeping the company of goats, and appearing in many ancient religions: if you guessed Anzû give yourself a star! 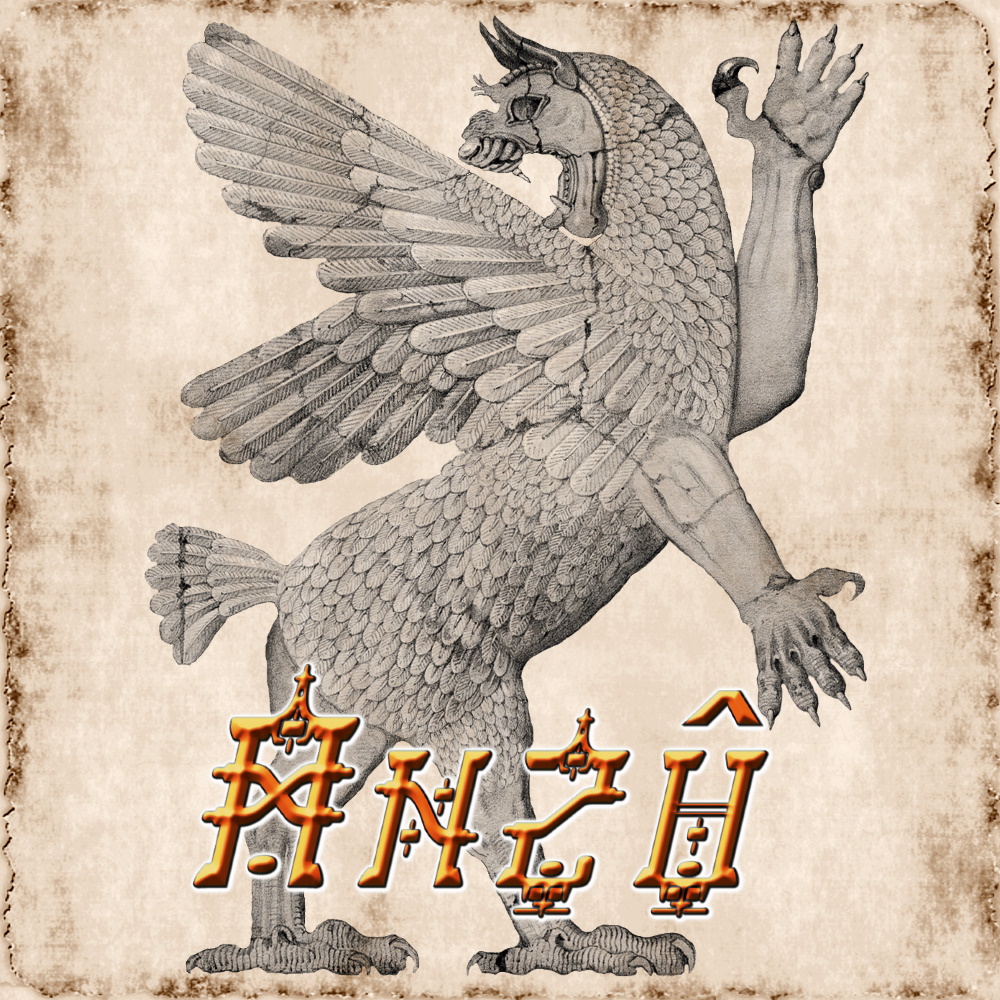 Also known as dZû (‘bird’) and Imdugud (‘wind’), who exactly Anzû is depends on what culture you’re talking about. In the oldest iteration he was a form of Abu, a god that was himself an amalgamation of Ninurta and Ningursu—entities all about thunderstorms. Originally this Anzû was depicted as an enormous, black, eagle-shaped thundercloud but later on gets a lion’s head to cement the association with thunder (or sometimes goats!) Later on down the line you’ve got Sumerians and Akkadians personifying Anzû as the southern wind, a half-man and half-bird demon that steals the Tablet of Destinies from Enlil getting all the gods riled up, so much so that he’s killed for it. The Babylonians saddle Anzû with the ever popular godly-parental-mutilation story you might remember from Uranus and Cronus, or Osiris and Set.

Design Notes: God-like bird creature with vast weather powers and the ability to take human form—check! While I can’t find it now I remember some of the reading talking about cold and heat with this guy, but since thunderbirds get more play as far as mythologies go I’m leaning harder into that direction. For the CR calculating folks in the audience: the DMG says 15 and the Blog of Holding’s rubric landed on 14.333, but I decided to give an automated challenge rating calculator a shot and it said 16. Sounds like a happy compromise all around at CR 15!

Shapechanger. Anzû can use his action to polymorph into a humanoid he has seen, or back into his true form. His statistics, other than his size, are the same in each form. Any equipment he is wearing or carrying isn't transformed. He reverts to his true form if he dies.

Interesting and thank you for sharing as always Mike. First, two quick comments before I look at it as is:
Moving on:

dave2008 said:
The picture you have is typically used as a representation of the Babylonian Tiamat
Click to expand...

Maybe! It's a matter of some debate who exactly this is depicting. I think it's fair to assume most folks reading this are going to have a very different interpretation of what Tiamat looks like though.


Wikimedia said:
Interpretation
There are at least two interpretations of what the image is/was intended to represent.

Glad you are digging it!

Mike Myler said:
Maybe! It's a matter of some debate who exactly this is depicting. I think it's fair to assume most folks reading this are going to have a very different interpretation of what Tiamat looks like though.
Click to expand...

Well after looking into it (I was unfamiliar with Anzu) they both have similarities and probably are to some extent the same / related entity. We often don't realize how often gods change over time or from region to region.

EDIT: For Example Tiamat and Anzu both had the Tablet of Destinies and the god Marduk (the only god brave enough to challenge the creature in both tales) confronted and killed the beast. Oddly, in my quick wiki review I didn't see anyone relating Anzu to Tiamat when it seems so obvious from both their descriptions and stories.
Last edited: Sep 30, 2019

I suggest the book "The Atlas of Monsters: Mythical Creatures from Around the World " by Sandra Lawrence. Do you know anything about the Buratsche-Al-Llgs? A monster from the Swiss folkore living in a lake.
Last edited: Sep 30, 2019