Oi Epic Monsters is headed back down under to take a gander at a mythological creature from the Outback, a mysterious beast of which little is definitively known: the bunyip! 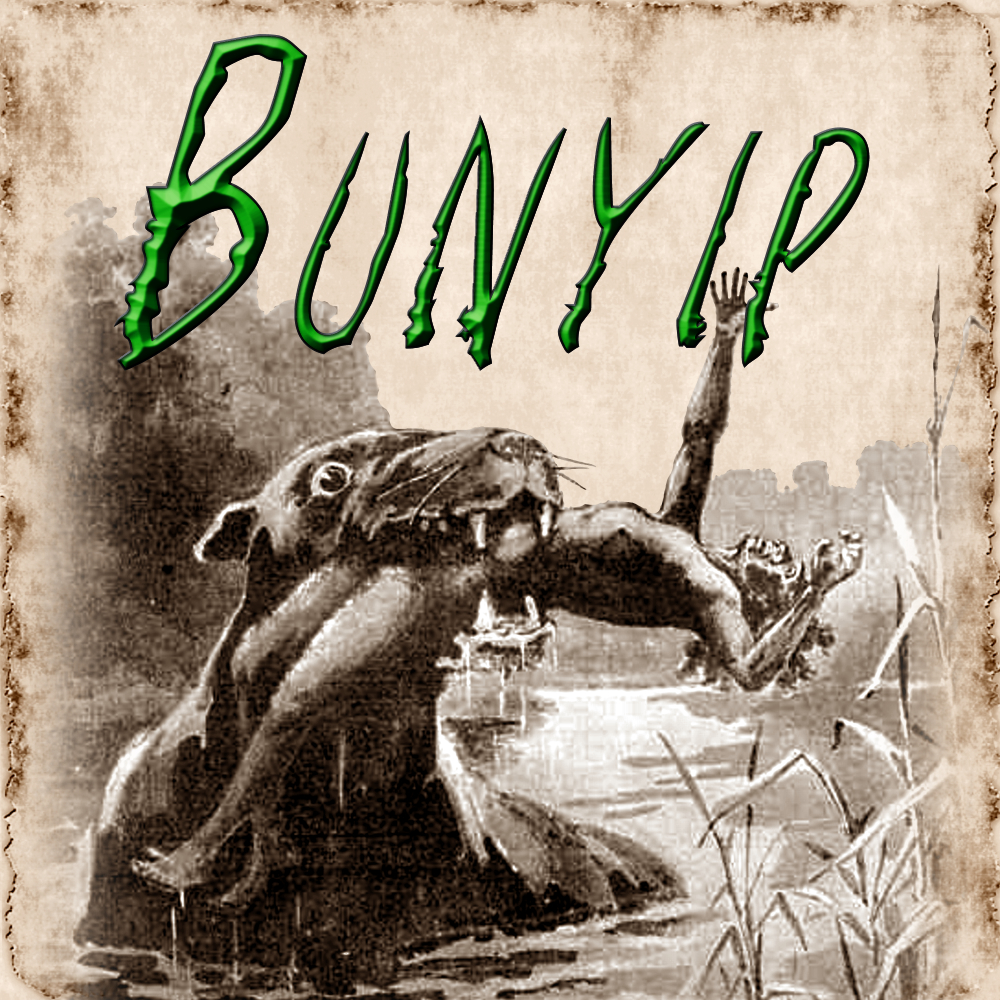 The name of the bunyip (also referred to at times as kine pratie or katen-pai) is translated by Aboriginal Australians today as "devil" or "evil spirit", and modern scholars think it has a connection to Bunjil, "a mythic 'Great Man' who made the mountains and rivers and man and all the animals." The Sydney Gazette was the first publication to use the word in 1812 describing it as "a large black animal like a seal, with a terrible voice which creates terror.” Within four decades in Australia (which has a river and town named Bunyip) it became synonymous for imposter, pretender, and humbug (including “bunyip aristocracy” for aspiring aristocrats).

What exactly the creature is, however, is an altogether different conundrum. George French Angus concluded that it is a "water spirit" from the Moorundi people of the Murray River "much dreaded by them...they have some difficulty describing it. Its most usual form...is said to be that of an enormous starfish." Not what you think of with these right? The Australasian newspaper in 1851 printed about an outline of a creature called the “Challicum bunyip” etched into the bank of Fiery Creek in Victoria (though it no longer exists), and in 1878 Robert Brough Smyth spent 10 pages of Aborigines of Victoria to ultimately say, "in truth little is known...respecting its form, covering or habits; they [Aboriginals] appear to have been in such dread of it as to have been unable to take note of its characteristics.”

Sightings of bunyips are typically one of two general types, with a slight majority claiming to have seen creatures like seals (4 to 6 feet in length with dark-haired coats, large ears, whiskers, and no tail) and a small minority talking instead of long-necked small-headed beasts (5 to 15 feet long, a similar coat and ears, small tusks, horse- or emu-like head, a 3-foot maned neck, and a tail like a horse). What’s not really disputed is that they are amphibious nocturnal predators of lakes, rivers, swamps that can swim very quickly and unleash a terrifying roar.

The myth of the bunyip is thought to be from seals that traveled long distances inland via waterways because of physical similarities "the smooth fur, prominent 'apricot' eyes, and the bellowing cry are characteristic of the seal", but that’s not the only theory. Dr. George Bennet of the Australian Museum posited in 1871 that the bunyip might be a cultural memory of extinct marsupials like the diprotodon, nototherium, palorchestes, or zygomaturus (maybe, paleontologist Pat Vickers-Rich and geologist Neil Archbold claimed in the 1990s, because of discovered prehistoric bones or the last specimens of the species). There are other lines of thought too, ranging from distorted remembering of interactions with deadly giant cassowary birds to the Australasian bittern which has a male breeding call described as a low-pitched boom, giving it the nickname the bunyip bird to conflations with European myths (like the Irish Púca.


Design Notes: There’s a temptation to make this some sort of shapeshifting monster but instead we’ll try to stick to the most physically imposing option: an enormous dog- and seal-like creature. It’s got an unforgiving attack array and the Terrifying Howl, though outside of the water it’s a pretty slow pursuer. Wait until an adventurer is near the water and let them have a taste of that vicious bite, dragging the victim down beneath the water. Let’s take a look at the numbers! The DMG landed at 8.33 and the Blog of Holding at 8.5, giving us a pretty dangerous animal with a confident CR of 8.

Brave. The bunyip has advantage on saving throws against being frightened.

Hold Breath. The bunyip can hold its breath for 1 hour.

Keen Hearing and Smell. The bunyip has advantage on Wisdom (Perception) checks that rely on hearing or smell.

Terrifying Howl. The bunyip can use a bonus action to unleash a terrifying howl. Each creature of its choice within 120 feet of the bunyip that is able to both see and hear it must succeed on a DC 17 Wisdom saving throw or become frightened for 1 minute. A creature can repeat the saving throw at the end of each of its turns, ending the effect on itself on a success. If a creature's saving throw is successful or the effect ends for it, the creature is immune to the bunyip’s Frightful Howl for the next 24 hours.


ACTIONS
Multiattack. The bunyip attacks once with its bite and twice with its slam.

Bite. Melee Weapon Attack: +9 to hit, reach 10 ft., one target. Hit: 19 (2d12+6) piercing damage, and the target is grappled (escape DC 17). Until this grapple ends, the target is restrained, and the bunyip can't bite another target.

Ever since I saw Dot and the Kangaroo when I was very little, bunyips have always freaked me out.

I'd always thought the catoblepas was a good bunyip analog, but this is bonza, mate.

At-will frightening as a bonus action, against all targets of the creature's choice within a 120-foot-radius, and a DC 17 Wisdom save, is pretty savage for a CR 8 creature. Acknowledging that once a target has saved it's immune for 24 hours, should this nevertheless be a recharge ability?

I'd always thought the catoblepas was a good bunyip analog, but this is bonza, mate.

At-will frightening as a bonus action, against all targets of the creature's choice within a 120-foot-radius, and a DC 17 Wisdom save, is pretty savage for a CR 8 creature. Acknowledging that once a target has saved it's immune for 24 hours, should this nevertheless be a recharge ability?

Not if it's to be screaming all bloody hell as it chases after people!

Mike Myler said:
Not if it's to be screaming all bloody hell as it chases after people!
Click to expand...

I believe the phrase you're looking for is "screaming like a bloody cockatoo with its arse on fire". Remember, that's "arse" with a long "a".
Last edited: Sep 15, 2020

IIRC this was in the original Fiend Folio but I don't think it's been updated for any edition after 1st.

Iirc palorchestes had a proboscis (like a tapir) and was at least semi-aquatic so a cultural memory of Palorchestes does make sense to me at least.

Also in an eerie parallel the Palorchestes also defied description for a long time - when fossils were first discovered it was described by as the largest form of kangaroo, and museums even made displays of kangaroos with a proboscis. However by the 1940s people had started to depict it as a quadraped (a weird Kangaroo-Okapi looking thing with long forelimbs) but later evidence was gathered to show that Palorchestes was closer in form to a giant Wombat (where it currently sits with habits and form similar to a Ground sloth)

Anyway I would love for your Bunyip to have a proboscis, I also think if probably needs an inherent fear effect and not just from the howl

I'm a Aussie and back in the '70's there was a tourist trap called the Yackandandah Park. As kids it was the first thing we wanted to do was to go to the Bunyip enclosure and put our coins in the slot...and out would come this terrifying creature! 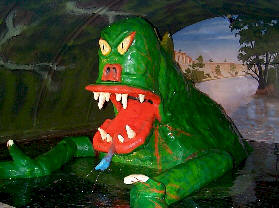 gyor said:
lly thought that they felt very Therosy, Phoenix' are tied to Purphoros in Theros, the Sea is Thassa' domain, and change Stone Sorcerer to
Click to expand...


Ever since I saw Dot and the Kangaroo when I was very little, bunyips have always freaked me out.


Yep. Came here for this.