In today’s Epic Monsters post we’re going after the feared beast of the lower North American desert, that eater of goats and terror in the night known to man as the Chupacabra! 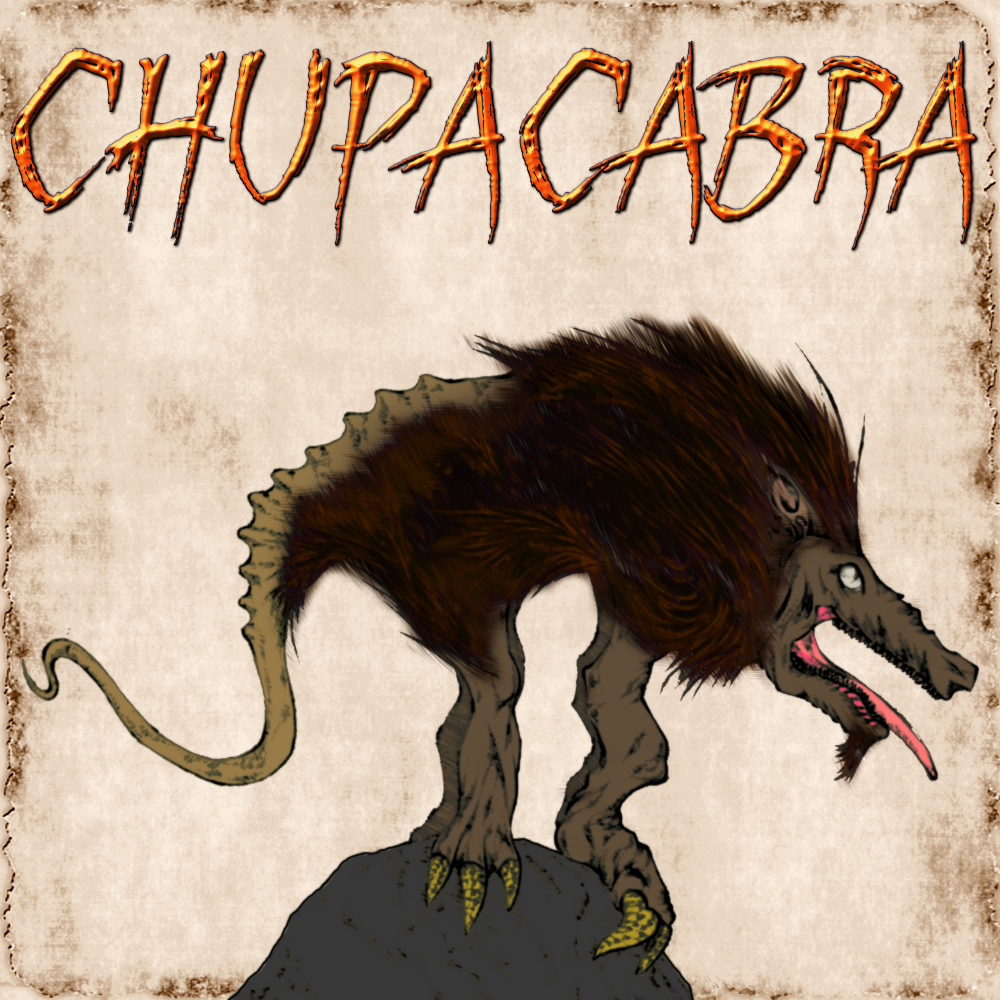 The chupacabra actually originates in Puerto Rico in 1995 but shortly after its first “appearance” a comedian there coined a name for the creature and it was suddenly witnessed in more than a dozen other countries. Basically there’s two different versions of this monster: one that’s sort of an aquatic vampire and another that’s more like a dog. The latter is the one I have solid artwork for so that’s what’s below. Studies into the victims of this creature don’t show any signs of exsanguination but bleeding prey dry has remained a part of the chupacabra’s myth.

Design Notes: It’s fast, it’s great at grappling creatures, it can jump, it bites, it sucks blood, AND it smells bad! What more can a GM ask for? This urban legend can take a pounding, won’t wilt immediately under a barrage of spells (assuming spellcasters go for the most common fallbacks first anyway), and it’s fast as hell--if you’re finding the party is having an easy time with one, it won’t take long for a second to suddenly join in the fight.

Fast Run. When the chupacabra takes the Dash action, it moves triple its speed instead of double.

Jointed Limbs. The chupacabra has advantage on checks made to grapple.

Keen Senses. The chupacabra has advantage on Wisdom (Perception) checks that rely on sight, smell, and sound.

Pounce. If the chupacabra moves at least 20 feet straight toward a creature and then hits it with a claw attack on the same turn, that target must succeed on a DC 19 Strength saving throw or be knocked prone. If the target is prone, the chupacabra can make one bite attack against it as a bonus action.

Running Leap. With a 10-foot running start, the chupacabra can long jump up to 40 feet.

Stench. Any creature that starts its turn within 10 feet of the chupacabra must succeed on a DC 19 Constitution saving throw or be poisoned until the start of its next turn. On a successful saving throw, the creature is immune to the chupacabra's stench for 24 hours.

Multiattack. The chupacabra attacks three times: once with its bite and twice with its claws.

Another nice entry - thanks Mike!

I personally don't think of the Chupacabra as such a large and fearsome beast (CR 13), but I like what you got in general.

Yeah noting they are small creatures that attack goats in legend, I've never pictured one the size of a horse that is designed to take down packs of elephants.

The skills and saves indicate that the creature has Dex 20.

Quartz said:
The skills and saves indicate that the creature has Dex 20.
Click to expand...

I think its Constitution save was off actually but I've fixed it. Good looking out.

“I found that bloodsucker down by the river.” Crobot

I always pictured it as a chimera of sorts. Semi-reptilian with spines large eyes and possibly flight or gliding.

The beast is sighted repeatedly in the vicinity of livestock killings. But the real perpetrators are blood sucking larvae that were consumed while they were still eggs laid on the underside of leaves. Upon hatching they begin feeding on blood and growing when they hatch they chew their way to freedom and pupate into...I don’t know what.

The beast is blamed and hunted but it was just after it’s prey the larvae.

Quartz said:
The skills and saves indicate that the creature has Dex 20.
Click to expand...

CR 13 provides a +5 prof. bonus. Both the Dex save and stealth skill are correct for the 18 Dex.

Mike Myler said:
I think its Constitution save was off actually but I've fixed it. Good looking out.
Click to expand...

Aye I thought I changed it to that.

Quartz said:
Heh. I read it as +4. That'll teach me to double-check.
Click to expand...