I don’t want to give anyone the wrong impression but today’s Epic Monsters post is a LOT of bull. 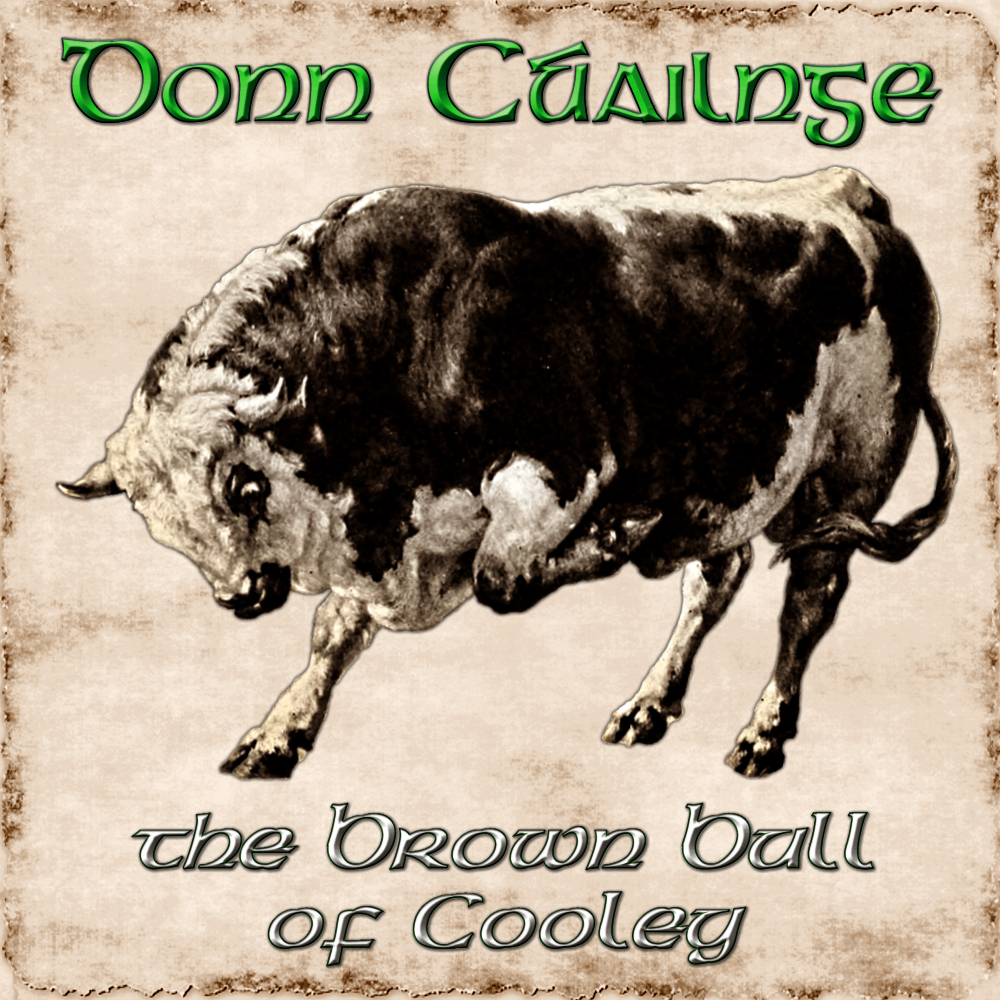 Once a pig-keeper, Friuch was a servant of the king of the Munster sidhe (aka the aos sí, like the leannán sídhe) and after fighting against a rival (Ochall Ochne, a pig-farmer for king of the Connaught sidh) he became a worm that was eaten by a cow and then reincarnated as a bull, as did his foe. Queen Medb had rights to Finnbhennach (formerly Ochall) but her husband took the bull, and only after some time passed did she realize he was being enriched by the beast’s presence. The Táin Bó Cúailnge (the Cattle Raid of Cooley) was a massive battle where Queen Medb commanded an army to try and take Donn Cúailnge from Dáire mac Fiachna (an epic that includes Cú Chulainn and The Mórrígan) to match her husband’s good fortunes, which she managed to do albeit otherwise suffering defeat. Later on the rivalry continued and eventually Donn Cúailnge overcame Finnbhennach, though it was a short lived victory.

Design Notes: Big honking bull that brings good fortune to its owner—can do! Donn Cúailnge is fast, can almost move as far as standard creature speed using his legendary actions, and can put out a pretty decent amount of damage with overrun. Definitely the kind of beast that requires a whole army to take by force. Let’s do the numbers! The DMG came in at 14.75 and the Blog of Holding at 15.833, which averages solidly into CR 15.

Good Fortune. Any creature that feeds, tends to, and befriends Donn Cúailnge with a DC 20 Wisdom (Animal Handling) check can become his owner. Whenever Donn Cúailnge’s owner acquires gold, they get twice as much as normal.

Legendary Resistance (3/Day). If Donn Cúailnge fails a saving throw, he can choose to succeed instead.

Trampling Charge. If Donn Cúailnge moves at least 10 feet straight toward a target and then hits it with a gore attack on the same turn, the target takes an extra 27 (6d8) piercing damage. If the target is a creature, it must succeed on a DC 19 Strength saving throw or be knocked prone. If the target is prone, Donn Cúailnge can make one stomp attack against it as a bonus action.

Move. Donn Cúailnge moves up to half his speed.

Trample (Costs 2 Actions). Donn Cúailnge overruns creatures of Huge size or smaller, moving up to half his speed without provoking opportunity attacks. Creatures in Donn Cúailnge’s path or sharing his space at the end of his movement make a DC 19 Dexterity saving throw. On a failure, a creature takes 19 (3d8+6) bludgeoning damage and is knocked prone.

Please keep in mind that bull and steer are not interchangeable, otherwise it was an interesting article.

Wow, I never thought I would see so much bull in one of your columns!

Rafael Martin said:
Wow, I never thought I would see so much bull in one of your columns!
Click to expand...

Yes, this page is just full of bull...