This time Epic Monsters is going after the original merman, a lesser deity amongst the olympic pantheon known for playing the conch: Triton! 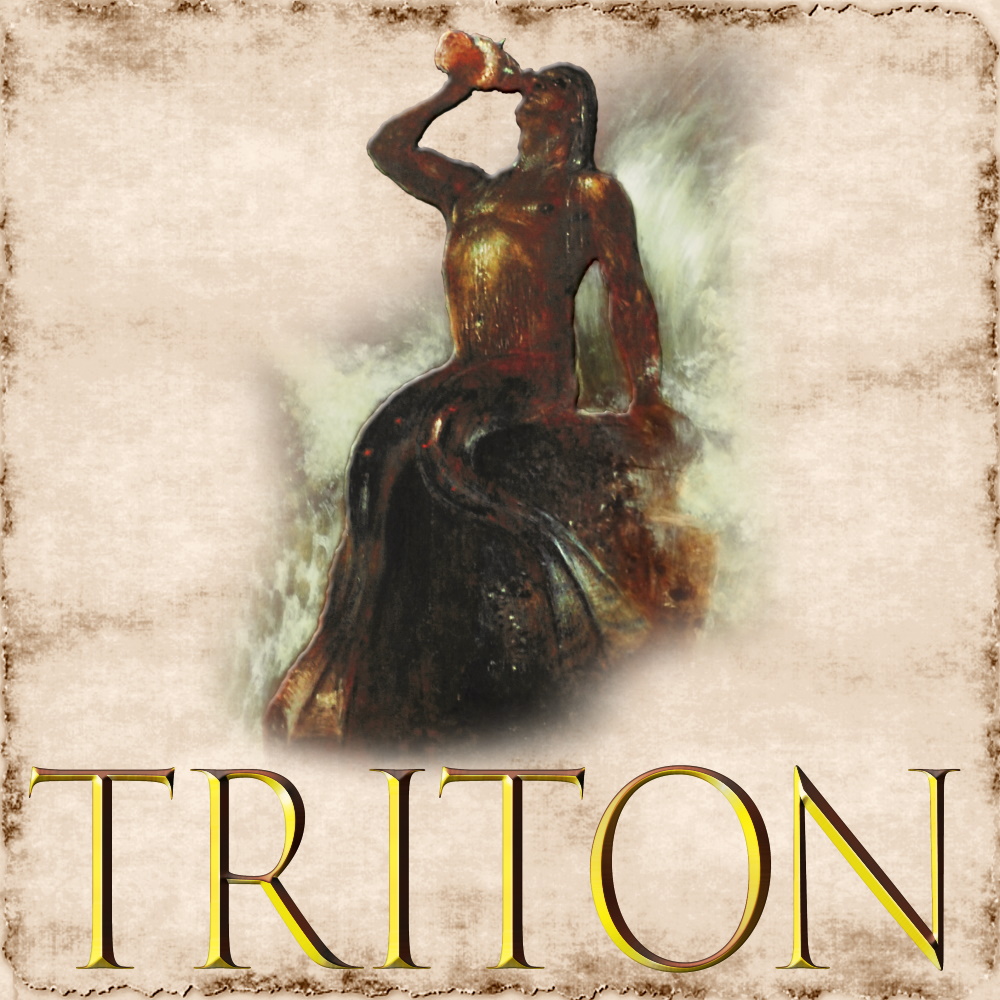 Not to be confused with his half-brother Triton (the god of Lake Tritonis in Ancient Libya, born by Europa and appearing in the saga of the Argonauts) or the generic term of tritons used by Greco-Romans to describe mermen, Triton was a Greek sea god and lord of the ocean depths. This son of Amphitrite and Poseidon (the top sea deities) was a foster parent to Athena and had two daughters of his own: Pallas (who gets stabbed by Athena when Zeus used the Aegis to distract her as the two sparred) and Triteia (who bore one of Ares’ offspring).

A merman that dwelt among his parents' golden palaces on the ocean floor, Triton was dreadful and mighty though he also acted as a sort of courier for his father (and also the titan Oceanus). Over time he became known to have a conch shell he can blow like a horn to control the waves or incite terror in foes as terrible as giants. When challenged to a contest of trumpets by Misenus, Triton drowns him, and he appears in many pieces of Classical Greek pottery wrestling Hercules but the story of their conflict is not recorded in any epics.

Design Notes: There’s a temptation here to make Triton a CR 20+ monster—but sometimes it just doesn’t make sense to set a minimum bar like that, so we’re resisting it. That hardly means that Triton is a pushover though, and holds his own in a fight. Because he’s the god of the depths he can bring on the Pressure each round, and of course there’s the conch horn for frightening people (or if water is around, messing about with the battlefield). Otherwise he’s strong enough to wrestle with the demigod of strength so when he does let loose with the trident, it’s nothing to smirk at. Let’s do the numbers! The DMG came in at 17.5, the Blog of Holding 16.333, which averages out to 16.9 so we’re calling him at CR 16.

Conch Horn. When Triton uses his conch horn to cast fear, creatures normally immune to fear can still be affected by it but have advantage on saving throws against it. In addition, he can use his conch horn to innately cast a spell with only a bonus action.

Innate Spellcasting. Triton's innate spellcasting ability is Charisma (spell save DC 17). He can innately cast the following spells, requiring no material components other than his conch horn:
At will: control water, fear

Legendary Resistance (3/Day). If Triton fails a saving throw, he can choose to succeed instead.

Magic Resistance. Triton has advantage on saving throws against spells and other magical effects.

Pressure. Triton can use a bonus action to bring the weight of the ocean down on one creature he can see. The creature makes a DC 21 Strength saving throw or it takes 28 (8d6) bludgeoning damage and is knocked prone on a failure. Neither Triton nor the creature needs to be underwater for him to use this trait.

It's great to finally get a writeup of King Triton. Maybe one day soon you can write up his daughter Princess Ariel? 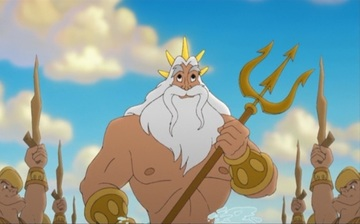 Rafael Martin said:
It's great to finally get a writeup of King Triton. Maybe one day soon you can write up his daughter Princess Ariel?


I can do Princess Ariel in a snap!

Then give her this item from EN5ider #364: Grandmother Grimm's Fairy Tale Emporium. 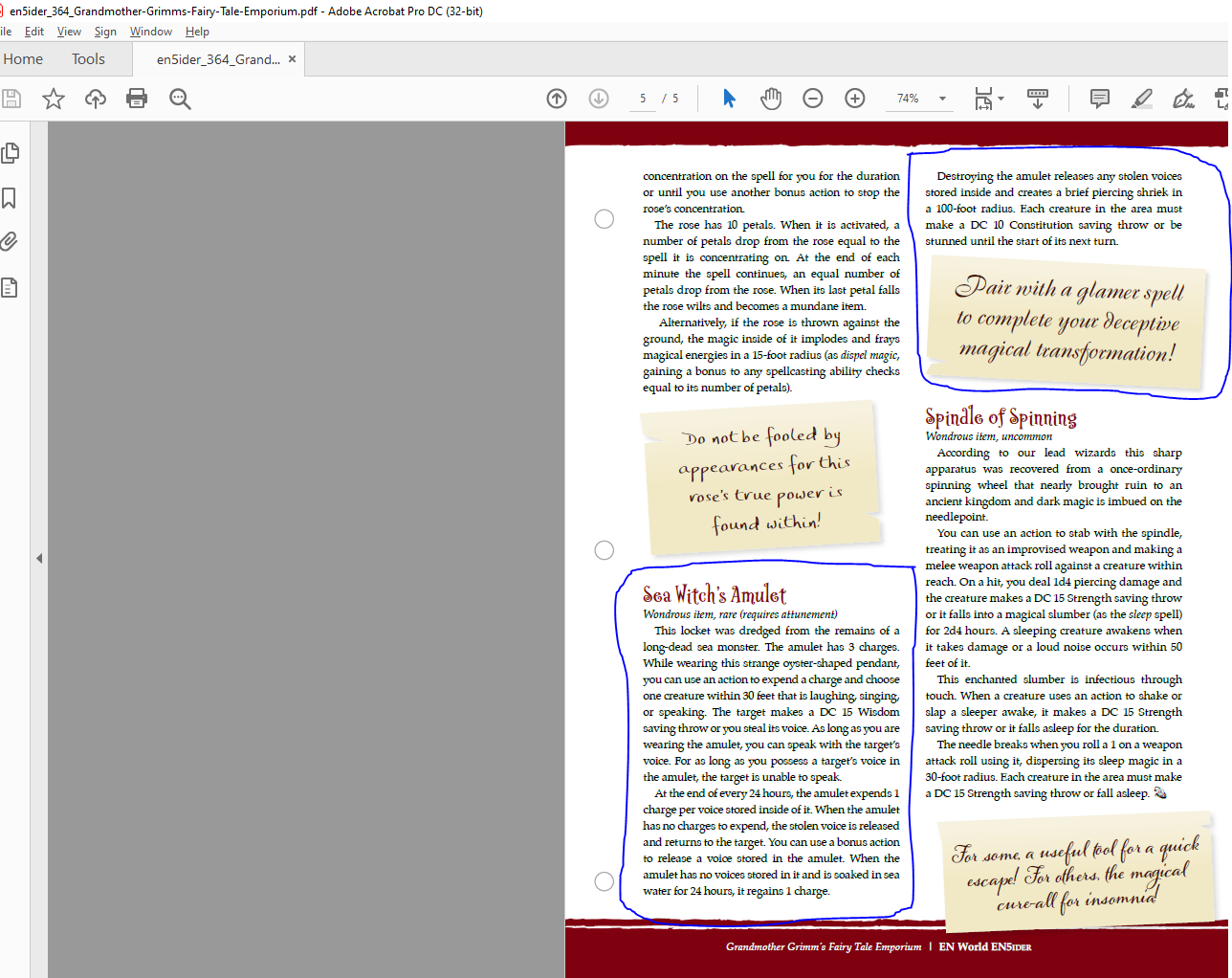 Boom you're set. Toss in an awakened crab and an awakened fish and you're there. Ursula on the other hand...probably requires a bit more effort.

Mike Myler said:
I can do Princess Ariel in a snap!

Then give her this item from EN5ider #364: Grandmother Grimm's Fairy Tale Emporium.
View attachment 138282

Boom you're set. Toss in an awakened crab and an awakened fish and you're there. Ursula on the other hand...probably requires a bit more effort.
Click to expand...

Now I want a writeup of Ursula!!! 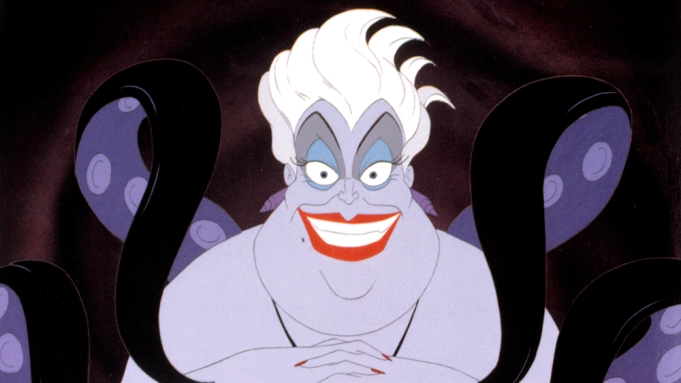 Rafael Martin said:
Now I want a writeup of Ursula!!!