I finally finished the lowest level of the sahuagin lair, and like level 2, I had to put parts of it on another page and had to move or eliminate some places, while also making them smaller. Of note: I moved one of the barracks and officer's quarters (54 and 55) to the upper right and moved the waveshaper's chambers (56) so it is below the hallway that leads to it. I eliminated area 57 but plan to have the monster in there just be in 56 as well. In the dungeons, I moved Cell B over to the other side of the chamber and made it slightly bigger since they may keep captured monsters for the arena in there as well. I made the arena (53) very slightly smaller because I plan to build a 3D model of the place and making it two inches narrower works with the XPS foam size I have without have to glue different size bases together. 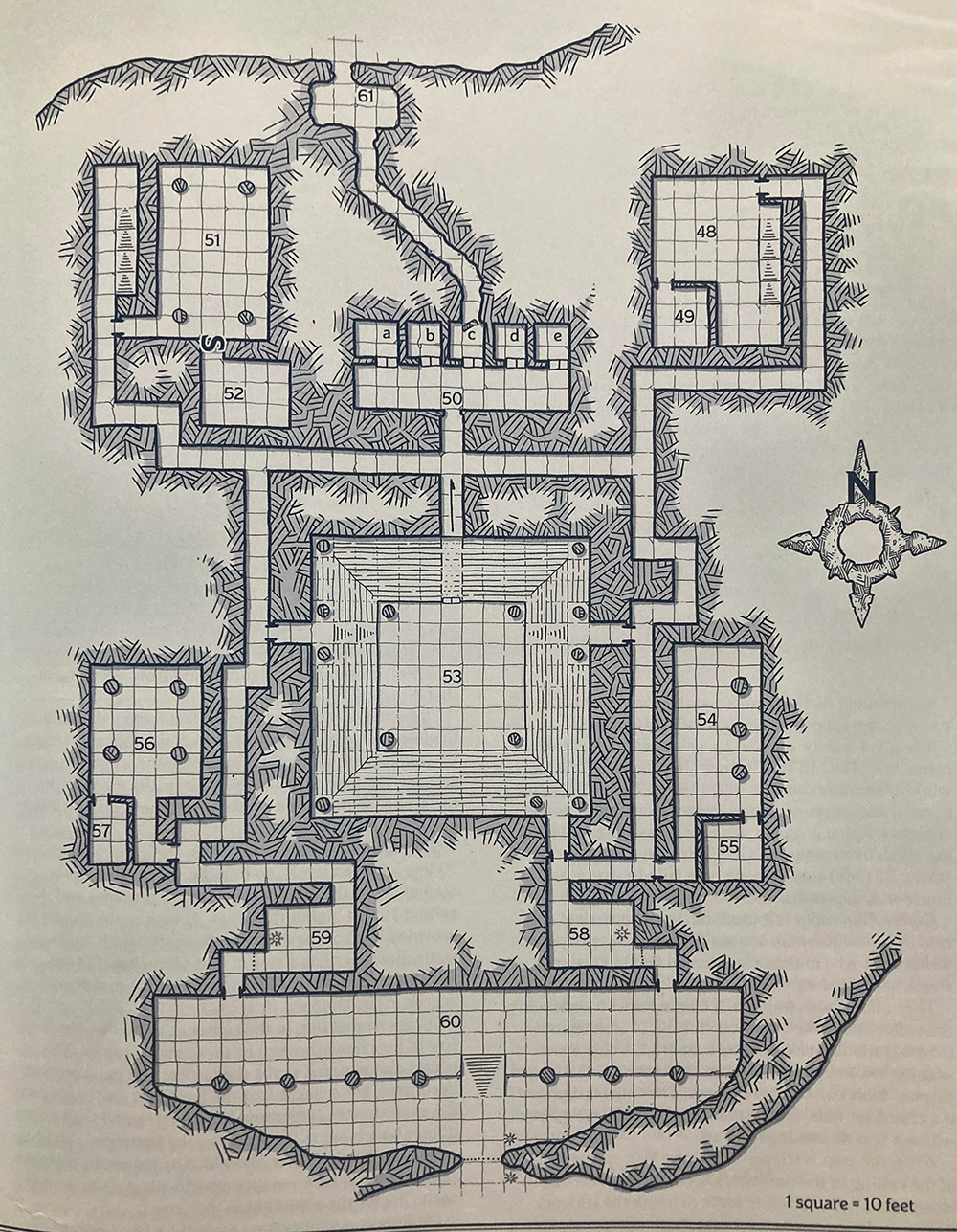 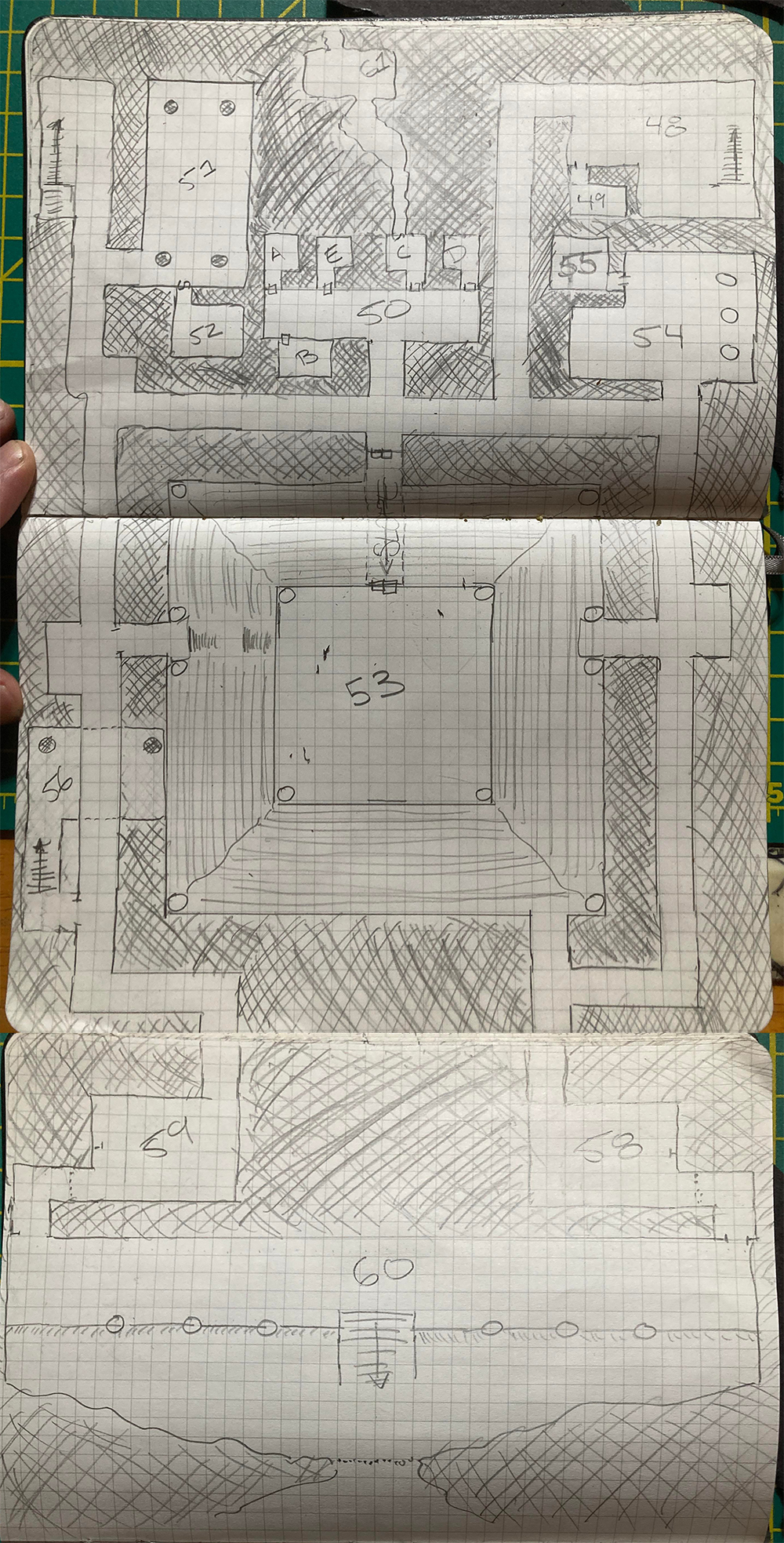 Speaking of re-drawing maps, I have also been slowly revising and adding to the map of Saltmarsh (well, the first thing I did was change its orientation to fit my homebrew). It also includes the property line for the old noble's hunting lodge the PCs purchased (area 32). This one I revised using photoshop. - Original on left, my version on the right. 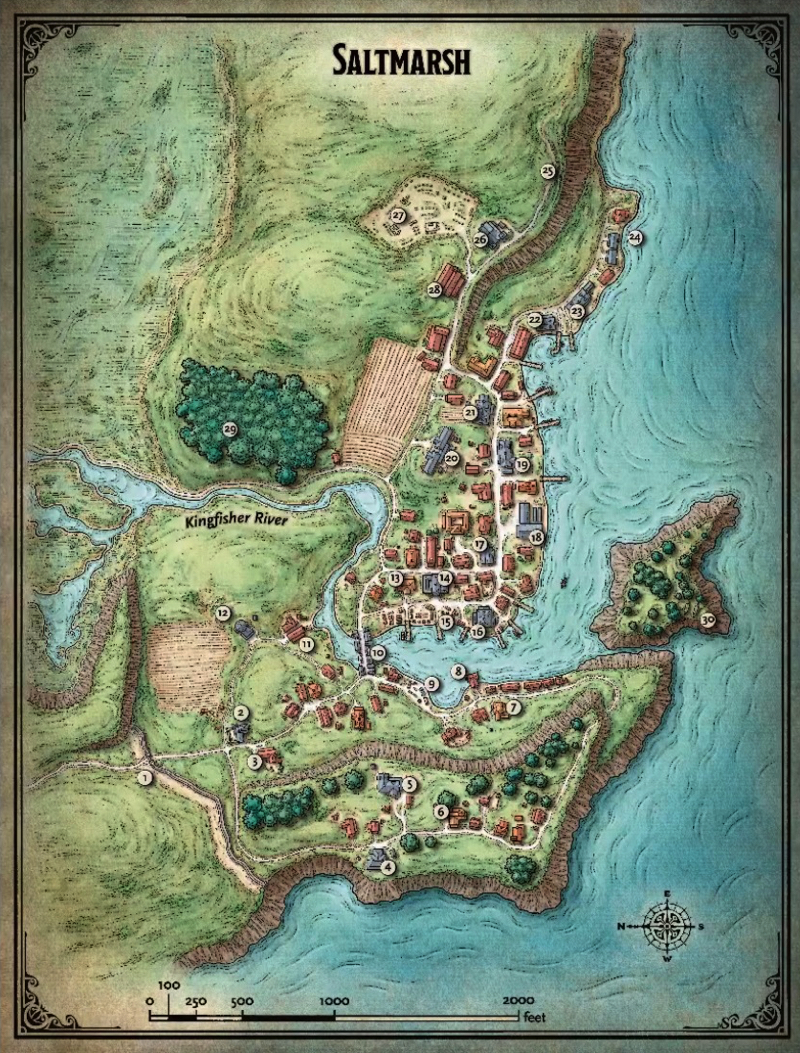 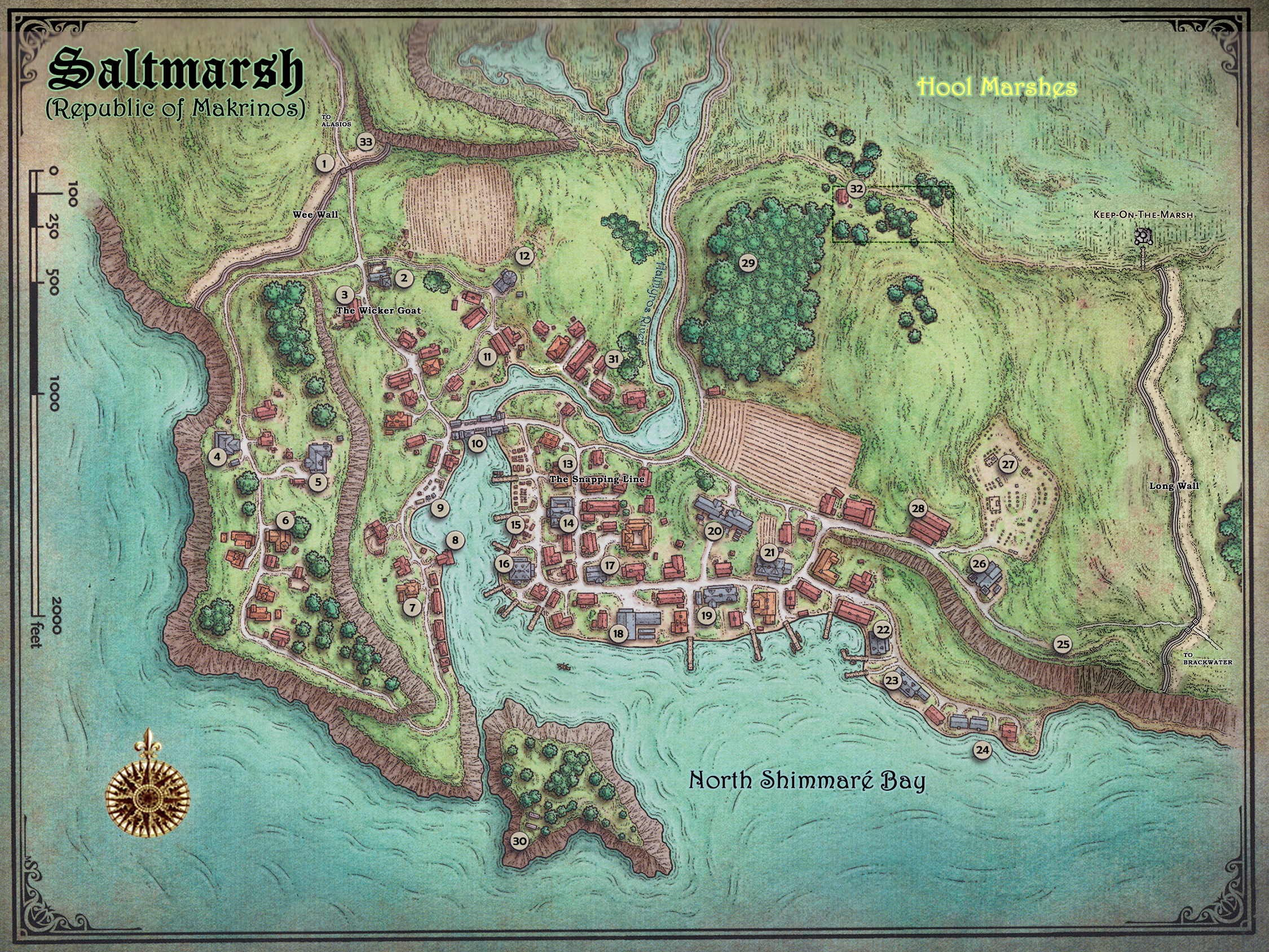 D&D General One Piece of Art VI (Maps)- What is Your Favorite D&D Map?
2