From today's episode of Extra Credits:


"Not gonna sugar-coat this, things are rough in the tabletop industry right now. And it seems like a lot of the game-playing public isn't terribly aware of it. Turns out, there's been cascading problems going on over the past two years to the point where one publisher called this 'An Extinction-Level Event.' So we asked our resident tabletop aficionado Eddie Webb to start at the beginning, explain how things got to this point, and tell us what he thinks we can do as fans to help people who make the games we love."​

It's an interesting take (from an industry insider) on the current state of affairs in the tabletop gaming industry. But it's a bit weird too, considering the timing. Just last week Wizards of the Coast reported almost a billion dollars in earnings just last year.

What are your thoughts, fellow ENWorlder?
Last edited: Feb 17, 2022

TLDW: The focus of the video are the supply disruptions that are rippling across the whole world economy.

The big for the world economy is booming demand for stuff (versus services). Apparently including games, hence WotC doing so well.

I could see smaller publishers being hurt. What the video did not mention is that across hobby gaming, there a lot of publishers making a lot of games. Which is good, but may not have been sustainable in any case.

There was a TIME article about the shipping crisis and its impact on board games, back in September 2021. There was a quote from one of the DUST 1947 people, predicting that they would go under because of this crisis.

Shortly after, they did! 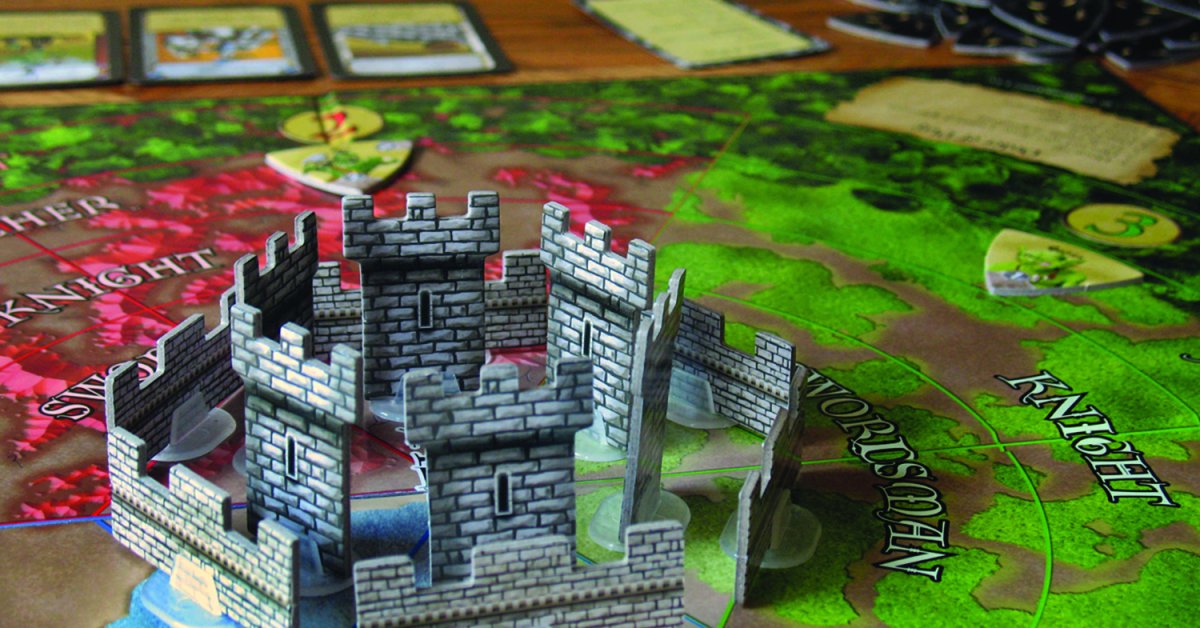 How the Shipping Crisis Is Crippling the Board Game Industry

Without watching the video it's likely an extinction-level event for non-WotC publishers who primarily print physical books outside of the US. Margins for non-WotC publishers is exceedingly thin. Going digital only makes things a bit easier. Physical production of books is quite expensive. It's cheaper to print in China and ship books to the USA than it is to print in the USA. Disruptions to the supply chain have drastic knock-on effects for most businesses, but in RPGs, where the margins are already hyper-thin...it's easy to see that as a death knell.

Staff member
For TTRPGs its not the same as boardgames. We saw about a dozen million dollar Kickstarters in 2021, compared to about 4 over the previous 12 years' and TTRPGs are very friendly to online play. And, as you say, WotC is now a billion dollar tabletop gaming company.

We print in Europe, but we only sell books. Boardgames need more parts made and are often more reliant on manufacturing and shipping from China.

Morrus said:
We print in Europe, but we only sell books. Boardgames need more parts made and are often more reliant on manufacturing and shipping from China.
Click to expand...


And, you can deliver in pdf, if need be, which I could imagine being pretty darned helpful.

I've backed a few kickstarter projects for games that require physical elements, and those have faced delay after delay.

One of the kickstarters that I backed some time last year did arrive on my step the other day. The other has been pushed back to March or May. 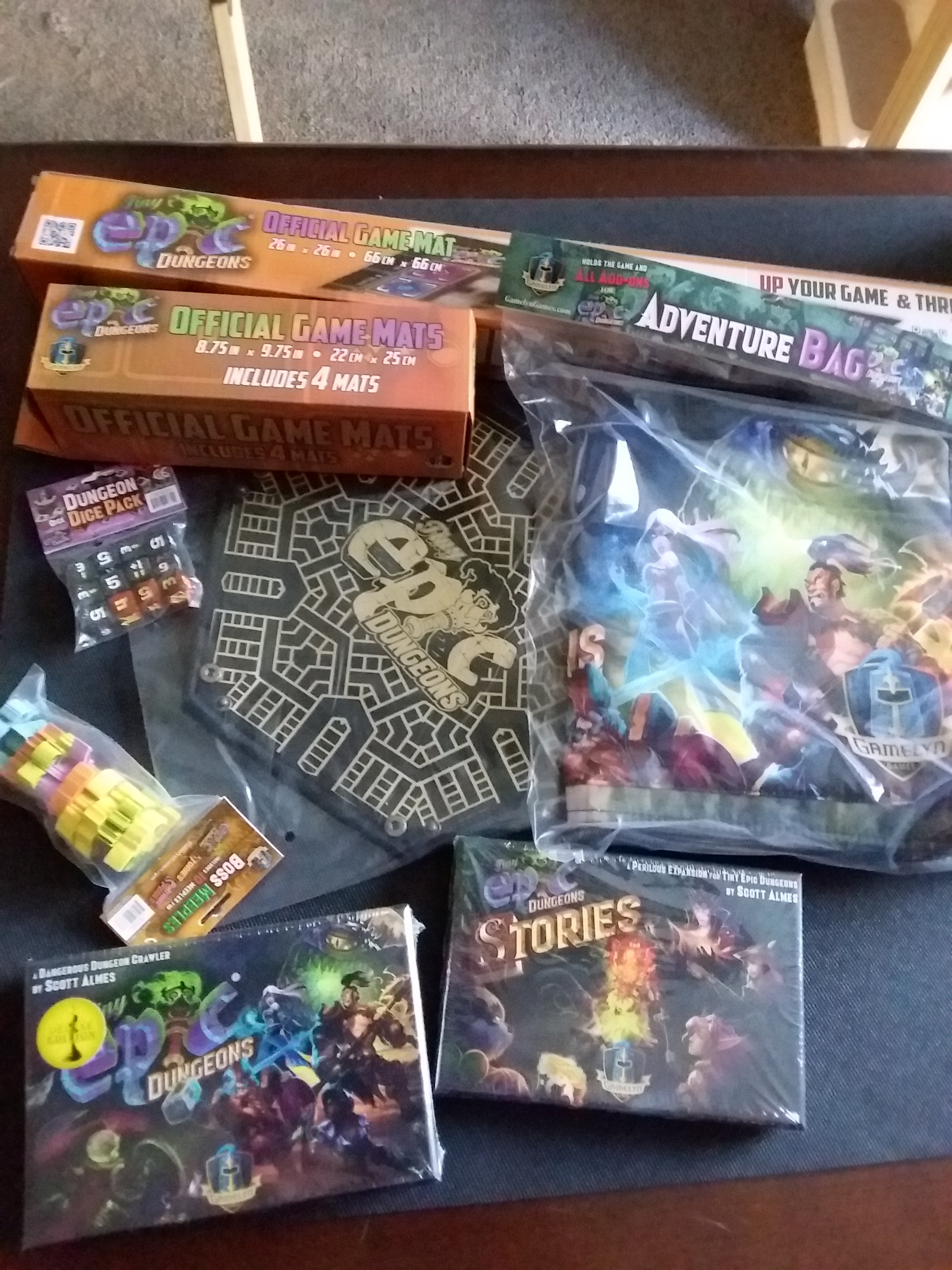 Isn't a lot of WotC profit margin from Magic, rather than TTRPGs?
Last edited: Feb 17, 2022

To the point of the video, let's not confuse the topic: the video specifically calls out board games. And while the RPG industry might be affected similarly, it is board games that are feeling the brunt of the shipping-paper-pandemic trifecta of a business-killing event. Board games require much more production in the way of accessories, tokens, cardboard, etc. And as @Umbran pointed out, a lot of RPGs can be sold in digital formats which circumvents the need for paper & print productions.

Keep in mind that WotC has a lot of alternative revenue streams to keep the cash flowing without relying on overseas-based manufacturing and shipping problems. DriveThru RPG alone gives them a large cut of anyone's work that uses their current GSL and IP. And their licenses with software companies making games or tabletop modules (like Roll20 and Fantasy Ground), not to mention movie rights, 3rd party publishers, toy makers, etc. Plus the juggernaut that is MtG; the online game is free, but the many of the cards must still be purchased and collected. There's probably much more that I'm not thinking about or might even know of.

Supporter
Sounds like the boardgame industry could do with a VTT type application.

Jacob Lewis said:
To the point of the video, let's not confuse the topic: the video specifically calls out board games. And while the RPG industry might be affected similarly, it is board games that are feeling the brunt of the shipping-paper-pandemic trifecta of a business-killing event. Board games require much more production in the way of accessories, tokens, cardboard, etc. And as @Umbran pointed out, a lot of RPGs can be sold in digital formats which circumvents the need for paper & print productions.
Click to expand...

The video specifies all kinds of tabletop games, not just board games. Yes, it mentions the extra difficulties in production that board game manufacturers and developers have faced as one of the "dominoes," but it also mentions indie RPG manufacturers and comic books, too. The consultant on the episode (Eddie Webb) is the author of Pugmire, a popular indie tabletop RPG.

To your point, I agree that board games are hardest-hit, for sure, but I think the points in the video are relevant to tabletop RPGs also. Many of the RPG Kickstarters I've backed have been hit with shipping delays of several months, not just because of paper shortages for the physical books, but also because of plastic tokens, custom dice, and other components. (Even the juggernaut D&D is played with more than just text.)

I feel like I have been waiting ages for some of the multimillion-dollar Kickstarters I backed, like The One Ring and Avatar: Legends. I have the PDFs, sure, but...meh. I didn't pledge the Kickstarter to get the PDFs. (And looking at the Kickstarter pages, I'm far from the only one.) I felt like this video was a good reminder of the issues that game developers and manufacturers are facing in the wake of Covid-19, and a reminder that I need to be a little more understanding.

Supporter
Our group has been playing online ever since the pandemic started. So as long as we can get electronic product, supply chain issues don't affect us.


UngainlyTitan said:
Sounds like the boardgame industry could do with a VTT type application.
Click to expand...

There is one, but I can't remember the name before I've had my morning caffeine...

jayoungr said:
There is one, but I can't remember the name before I've had my morning caffeine...
Click to expand...

Tabletop Simulator is the one my friends rave about.

UngainlyTitan said:
Sounds like the boardgame industry could do with a VTT type application.
Click to expand...

The kind of declaration this video offers compels the need to have an antonym for the Cassandra Complex. Perhaps that would be Henny Penny/Chicken Little?

Kickstarter is expanding with successful rpg projects, the bigger companies are posting some of their highest earnings ever, and yet somehow this means the industry is headed for extinction? Hm.

Calls this to mind:

Our earth is degenerate in these latter days.
There are signs that the world is speedily coming to an end.
Bribery and corruption are common.
Children no longer obey their parents.
Every man wants to write a book,
and the end of the world is evidently approaching.
Click to expand...

It's an inscription found on a tablet in Assyria, circa 2800 BCE. It isn't inaccurate. But that doesn't mean it was correct.

I'd wager through evidence and experience, that video's perception is far more of the Henny Penny sort of extinction level prediction rather than Cassandra's.

The TT boardgame industry hasn't been stable yet. Nor has the RPG one. (Nor, for that matter, most of the other IP based industries.)
I doubt either can be... because both thrive on essential replacement.

To succeed, a company doesn't need a singular huge hit (the time for that has passed), but a steady stream of content selling.
Anything which impedes that - loss of creativity, alienation of fans, complexity rising to unsustainable, supply chain issues, distribution issues - threatens the company.

the Satanic Panic caused a lot of press, and for every book burned, it's been estimated that 2 more were sold. (I suspect it's more like for every 3 burned, 4 more sold, because a lot of kids replaced their books their parents took to the burning, then got caught with the replacements, which also got burned... and replaced again.)
It lasted from about 1983 to, oh,... 1999 or so. And in some communities, still exists. It was thought by many to be the probable end of D&D, but instead, it was a justification for a new edition. Or two. (AD&D1→AD&D2, and BX→ BECMI)
GDW was hit far less hard, and Palladium somewhere in between. GDW decided to edition churn, too... CT2→MT, T2K1e→T2K2e. FASA, becoming a major player due to Star Trek license, did a churn in the mid 80's, too.

the industry will survive, much as the dinosaurs and mammals did.... by some being already adapted to the new conditions and just waiting for a chance to rise to prominence.

Steam sells some popular board games; I’ve gotten a few during the pandemic. Gloomhaven is fairly new. One of my faves appeared last year IIRC and I’m eager to play: The Fury of Dracula.

I also came across GAME ON TABLE TOP • Game On Table Top but have yet to play on it.

How to Profit from Writing Reviews