Click here to view article text
Back in January, it emerged that FFG was laying off a lot of staff, including RPG staff. Now, GM Chris over at d20 Radio is reporting that the company is discontinuing all RPG development, including Star Wars, Legend of the Five Rings, and its relatively newer Genesys universal system.

He says that all currently announced products will be produced, but in the long-term the RPG production is ending. There's some speculation regarding sales of companies to each other (FFG's owner is Asmodee, which is owned by PAI Partners who bought it from Eurazeo), but it's only conjecture. More info at the link below!

FFG's Katrina Ostrander appears to have confirmed the news:


Back in January, FFG laid off over 14 staff, and shut down Fantasy Flight Interactive. Reports were that the tabletop RPG department had been "shuttered" -- reduced to a couple of full timers. It sounds now like the cut is more severe even than that.
Last edited: Feb 18, 2020

But it has to be a sign. Asmodee has got its own videogame studio... why to licence?

LuisCarlos17f said:
But it has to be a sign. Asmodee has got its own videogame studio... why to licence?
Click to expand...

Wizards of the Coast has three, but they still licensed Baldur's Gate III to Laurien. There's limits to how much a single studio can do and, if you're trying to leverage brands as efficiently as possible, licensing them out works best. Particularly when it's something outside your wheelhouse.

FFG's video game company works on simulating tabletop games based on their IP. But what if they wanted to do an RPG based on the Beanstalk setting from Genesys, or a stealth game based on the Android setting, or some other spin-off? They can either spend a lot of money hiring people in-house with that experience and sacrifice working on other products they're used to, or they can outsource it to people who know what they're doing already.

It's why BioWare and Bethesda and CD Projekt Red didn't make their own tabletop RPG in-house (even though it would cost a fraction of the amount as developing even a spin-off mobile game let alone a AAA title) but licensed Dragon Age to Green Ronin, Fallout to Modiphius, and Witcher to R. Talsorian.

Reminder: The tabletop roleplaying game industry, despite its pop-culture penetration in the past decade or so, is incredibly small. ICv2 estimates the gross sales for the entire RPG industry in 2018 was $65 million. That's all physical products and all Kickstarters for tabletop RPG games. When you're talking about companies used to measuring returns in a billions of dollars, the entire RPG industry is a rounding error.

Staff member
Looks like we all spoke too soon. 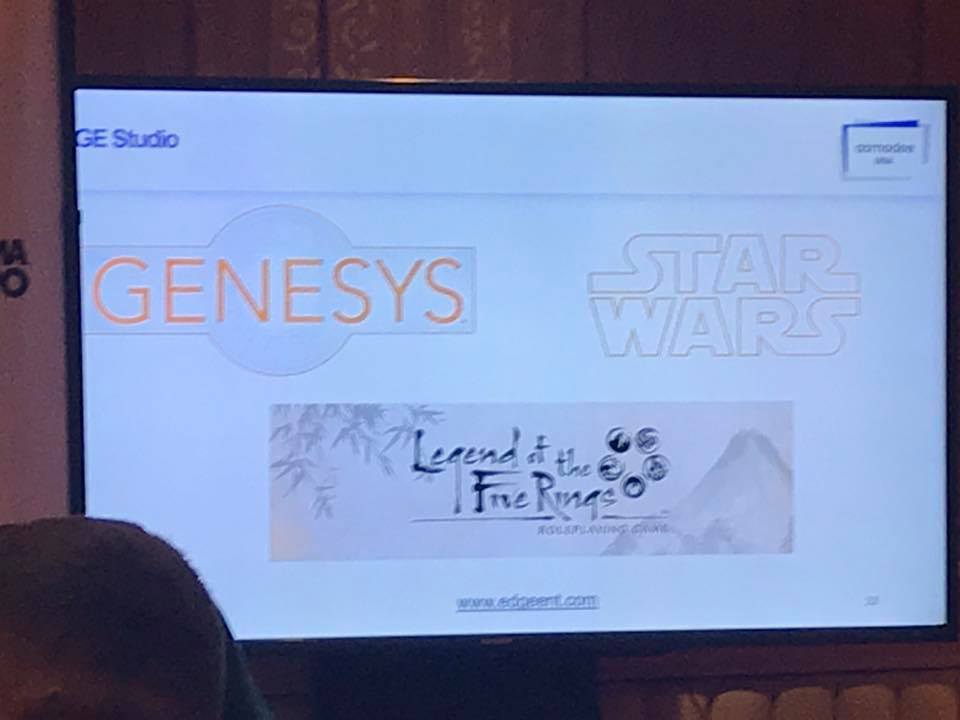 FFG Roleplaying Games Aren't Going Away After All

A couple of weeks ago rumours surfaced that Fantasy Flight Games RPGs were going away permanently (this followed earlier reports of layoffs at the company). It looks like this is not the case, however -- instead, according to a presentation they did at the GAMA trade show this week, they'll...

Morrus said:
Looks like we all spoke too soon.

FFG Roleplaying Games Aren't Going Away After All

A couple of weeks ago rumours surfaced that Fantasy Flight Games RPGs were going away permanently (this followed earlier reports of layoffs at the company). It looks like this is not the case, however -- instead, according to a presentation they did at the GAMA trade show this week, they'll...

Interesting news, but I don't know if this really changes anything. I am highly skeptical that a company that is known for localization can effectively deliver Star Wars FFG products at the same level of quality as FFG themselves. We shall see, I suppose.

LuisCarlos17f said:
My advice for a G.I.Joe TTRPG is a fictional counterpart world to avoid controversies about some things from real life, and to allow more options to new type of stories.
Click to expand...

GI Joe already is a fictional counterpart to the real world, and has been for decades. I've been wishing for a GI Joe RPG for about as long. Now if only Hasbro would listen.

LuisCarlos17f said:
Maybe Hasbro/WotC could publish a future new edition of SW d20, even a sourcebook about the now no-canon expanded universe, or suggesting the multiverse is canon in SW RPG. But here it isn't about the lore/background/fluff, but the crunch of d20 system isn't ready to be compatible d20 future and D&D. But I would bet they are just working about that, because they want to publish new d20 TTRPG/CRPG set in sci-fi. And in Disney+ a game-live show of teenages playing SW d20, with a virtual tabletop and machinima animation, Critical Role version family-friend.

To create a d20 Future totally compatible with D&D is a true challenge for game designers because with or without firearms the characters may OP, or even usual civilian vehicles could be used to hit over an monster, for example a zombi.
Click to expand...

No.
Class & Level will always have it's fanboys who think everything's hunky-dory being done C&L, and detractors who think C&L is barely acceptable for newbs in fantasy settings... and most points in between.

And there are the "we rarely roll the dice" types and the "Everything requires a skill roll types"...