Looking for a new D&D campaign setting? I've been aware of the World of Farland since I launched EN World, which was nearly two decades ago. It's a dark setting, in a land ruled by evil, which has spanned multiple D&D editions -- and now it's here for 5th Edition! The creator was kind enough to send over some exclusive previews for me to share.
​

So what is Farland? Straight from the horse's mouth -- "Farland is a world that has been conquered by evil. It has been sundered into seven kingdoms, each ruled by an evil lord who personifies one of the seven deadly sins. These beings, called theLords of Sin, hold the land in a dark grasp. In the conquered kingdoms, the Lords of Sin enslaved the population and made their primary activity in life the glorification of the Dark God Vornoth. Farland is an evil place, but take heart, for not all is lost-- light glimmers in the West. A rebellion has broken out, and several kingdoms have been freed, although they are teetering on the brink of collapse, and all out war with the dark powers is looming...." 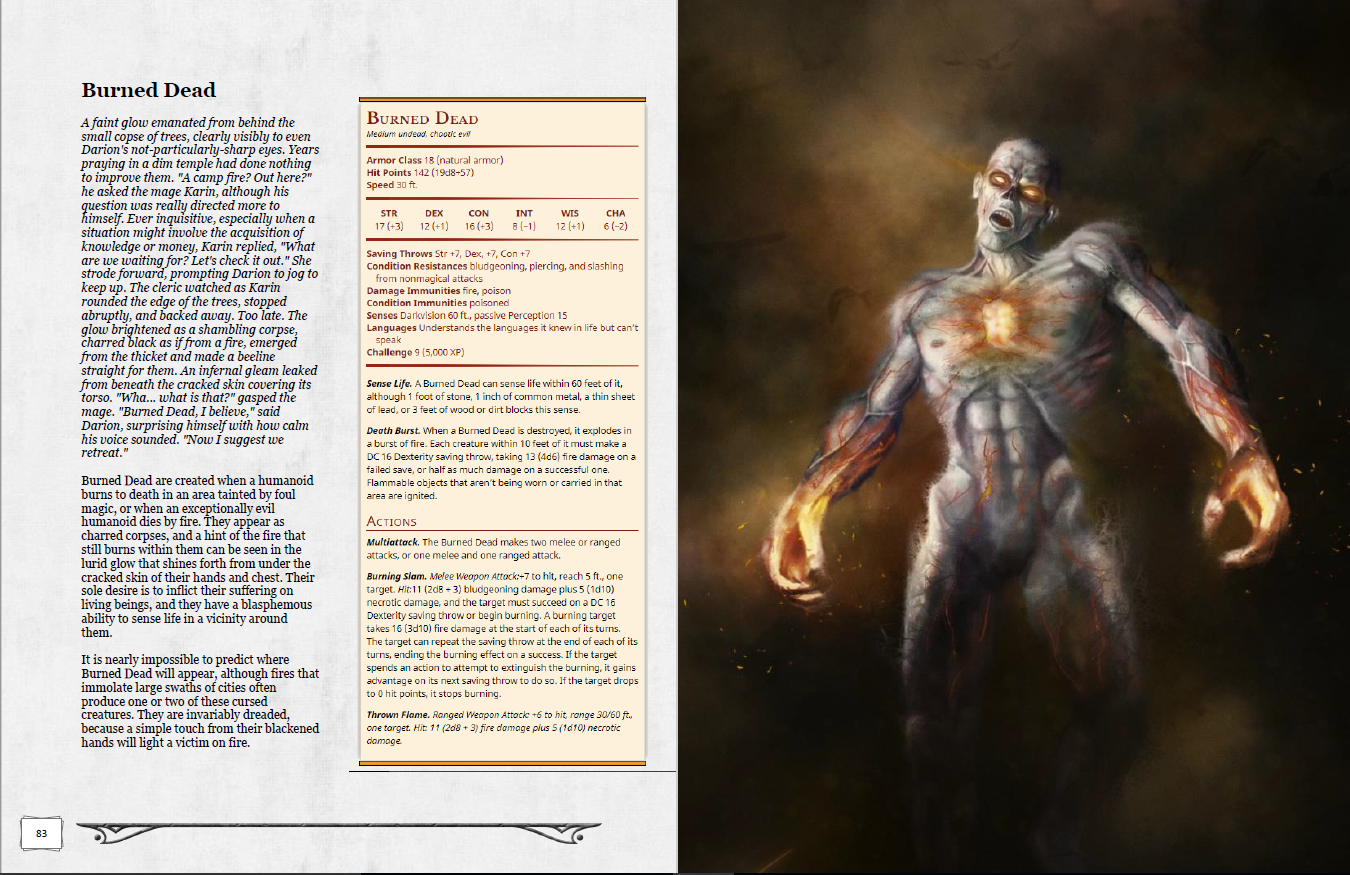 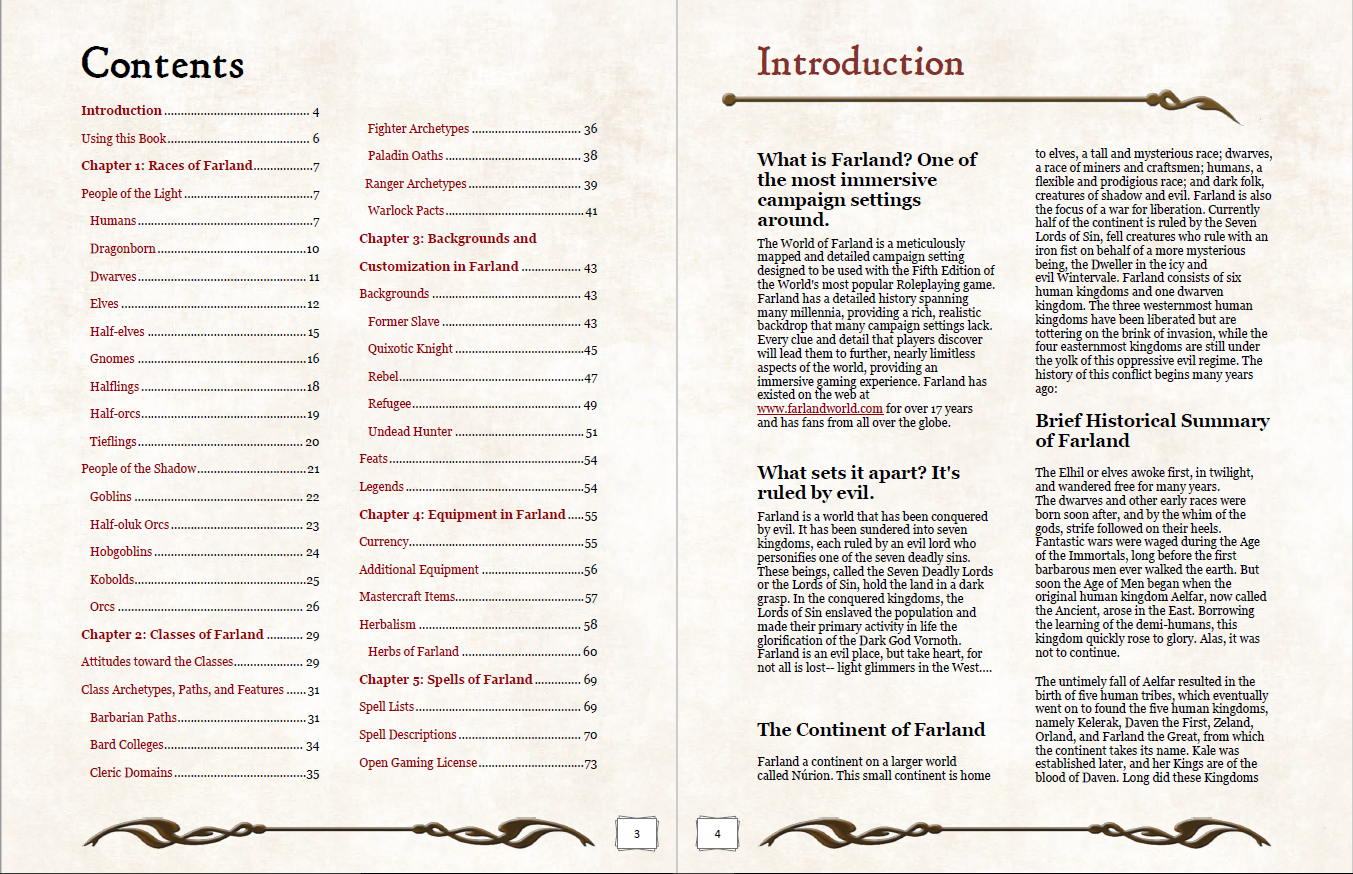 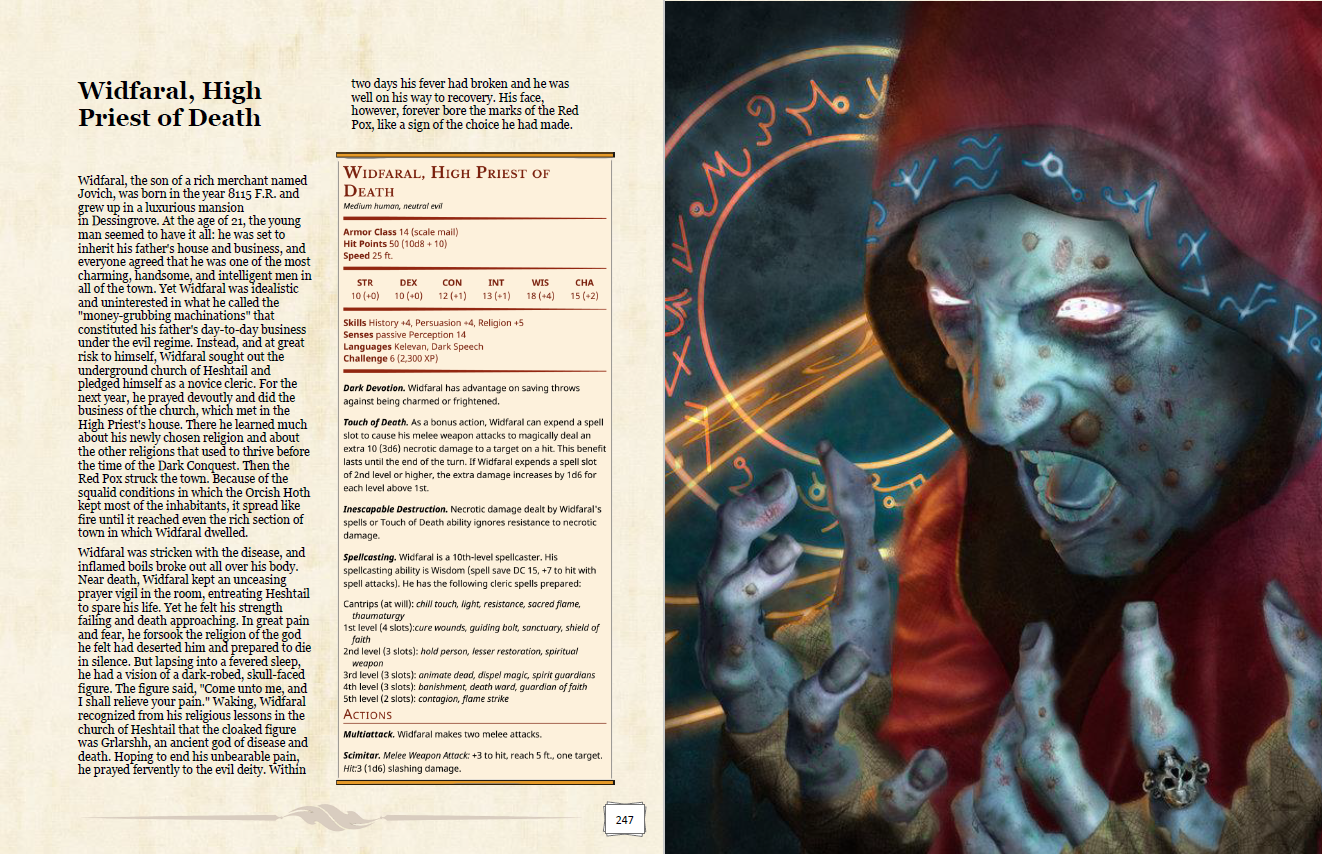 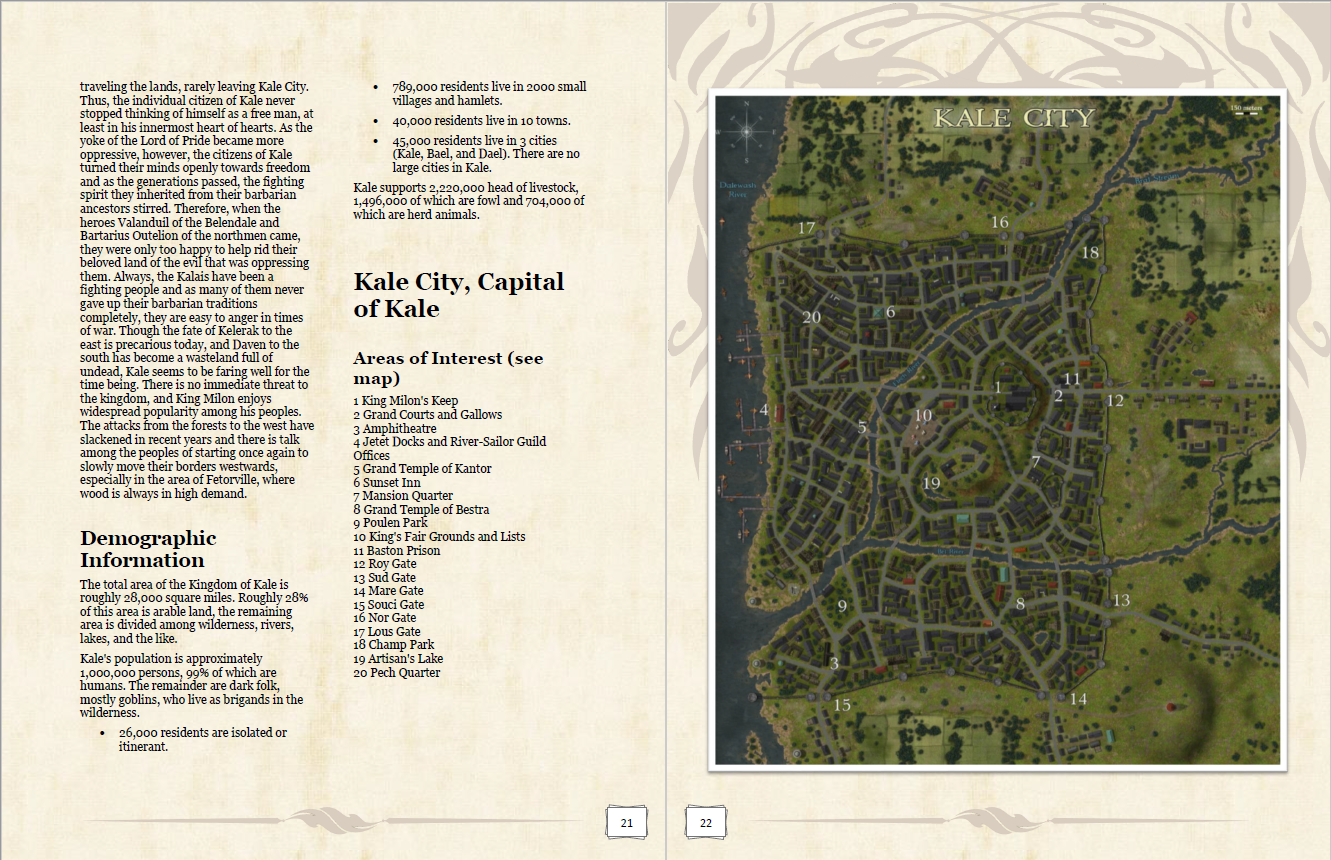 There are three books available -- the World of Farland Campaign Setting, the Game Master's Handbook, and the Player's Guide. You can find all three here.

The World of Farland Campaign Setting is a 256-page book which includes details about the setting, including geography, locations, languages, pantheons, NPCs, monsters, and more.

The World of Farland Game Master's Handbook, which presents all the World of Farland material for GMs. It includes setting history, metaphysics and the planes, monsters, magic items, and guidance for running campaigns set in a world conquered by evil and ruled by the Lords of Sin (including detailed stats of the deadly lords). It also comes with a Game Master's map!

The World of Farland Players Guide, which gives you Farland info for players, including races, classes, spells, backgrounds, feats, equipment, and much more.

Cool - was out way before the pathfinder runelord APs and design concept. I'll have check out the DM guide.

tried to purchase it twice but the PayPal site keeps spinning its wheels.
Last edited by a moderator: Nov 8, 2017
B

How does this setting differ from the old D&D "Midnight" campaign setting (Fantasy Flight Games 2003-2009)?

Thanks, Morrus!
[MENTION=9164]Banesfinger[/MENTION]: Good question! That same question was asked at DriveThruRPG and I addressed it here: http://www.drivethrurpg.com/product/221651/World-of-Farland-Campaign-Setting
B

This has been sitting in (on?) my wishlist for months. How much overlap is there between the Campaign Setting and the Player's Guide?

There is exactly zero content overlap between any of the three books!

Its worth the buy.
A

I'd be all over this setting if it was available as POD. Any ETA for when that might happen?
R

I agree as soon as there is a POD for them I will probably jump on this.
B

We are working on the POD option. No ETA at this point but we will kick it in to high gear.
R

There are several options for POD. Ranging from black and white softcovers to premium glossy hardcovers. I would be happy with just a color soft cover.
Last edited by a moderator: Nov 8, 2017
R

Farland said:
We are working on the POD option. No ETA at this point but we will kick it in to high gear.
Click to expand...

Cool that is great news looking forward to it.
L

Banesfinger said:
How does this setting differ from the old D&D "Midnight" campaign setting (Fantasy Flight Games 2003-2009)?
Click to expand...

Ahhh Midnight was so awesome, I would pay a lot of money to have a 5th Edition for it.
J

Yeah I would consider it if it was available in POD. I have too many PDFs.
J

Actually, this reminds me a lot of the 'Tribe 8' RPG setting.

Jhaelen said:
Actually, this reminds me a lot of the 'Tribe 8' RPG setting.
Click to expand...