This is a short roleplaying game of ironic Lovecraftian adventure with light elements of strategy. It takes place in Red Hook, a tourist district in almost New York (almost, since the game takes place in an alternate history setting). You are about to become cult leaders who will need to develop and then execute a plan for a local festival.

Some Red Hook citizens find themselves abuzz with energy and the desire to change their district for the better. They wish to attract many more visitors, hoping to eventually outdo their old nemesis — the city of Arkham, one of the occult capitals of the world. It was during an informal evening gathering under the roof of “Bradan Feasa” when some of the local cult leaders — your characters, the protagonists — energized the room with an idea: to concoct a wholesome festival celebrating the birthday of the mad Arab Abdul Alhazred — a wholly imaginary character, whose name is known to everyone who considers themselves to be a scholar (or as they now say “a fan”) of the occult.

You can take part in preparations for the festival as one of the leaders of Red Hook's cults. Your choice of patrons is as follows: Hecate, Dagon and Hydra, Nyarlathotep, Cthulhu, or all of the above, including a range of other, smaller deities (as per the worship by Red Hook's Omnicult). You will prepare and bring to life projects of great importance (to the festival), handle problems that arise from the rowdy attending crowd or festival participants, pair dramatic and humorous roleplaying scenes together, think about tactics and strategy and see how well you've done when you make it to the finale!

Your characters can both fail dramatically and spectacularly succeed, depending on your choices and your luck. But such is a life of a festival organizer. And hey, there's always next year, right?

We present to you a lightweight version of “Kadath” ruleset. This game is intended to be played over 2 to 3 sessions with a group of 3 to 6 friends, one of which will take up the mantle of a Stage Director (SD). To play you will need this PDF, a handful of standard six-sided dice (a dozen will suffice), a pencil, and an eraser. 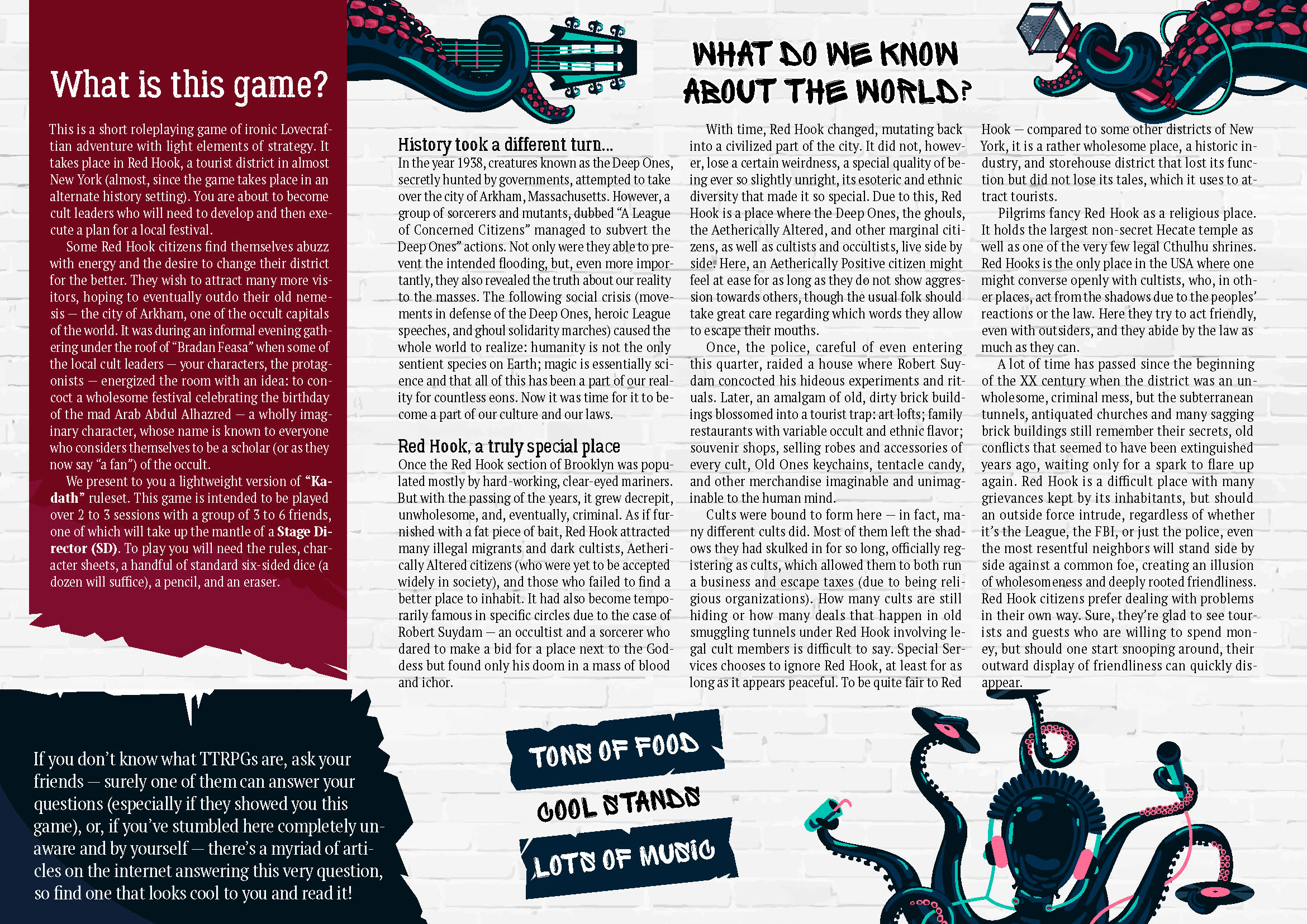 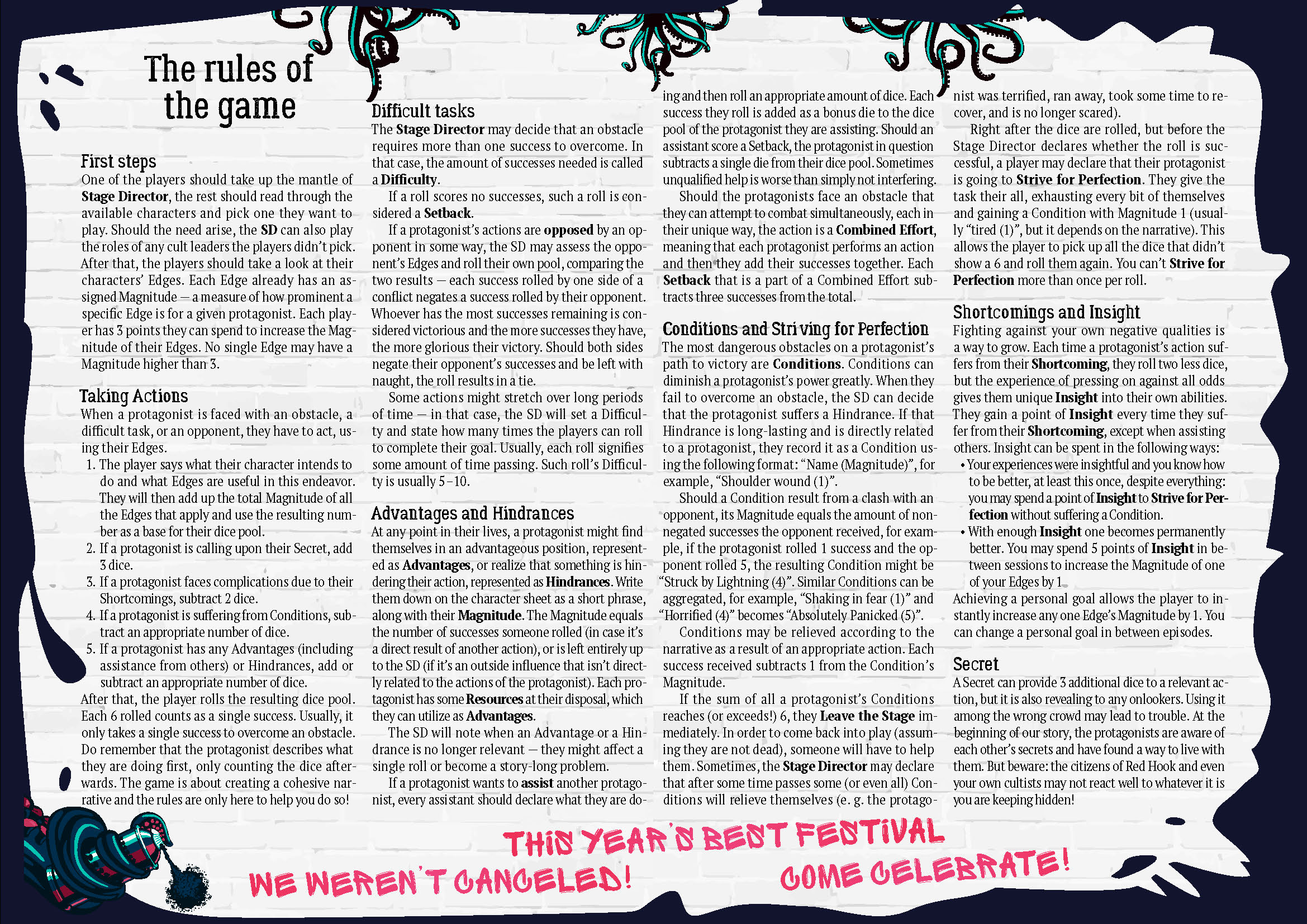 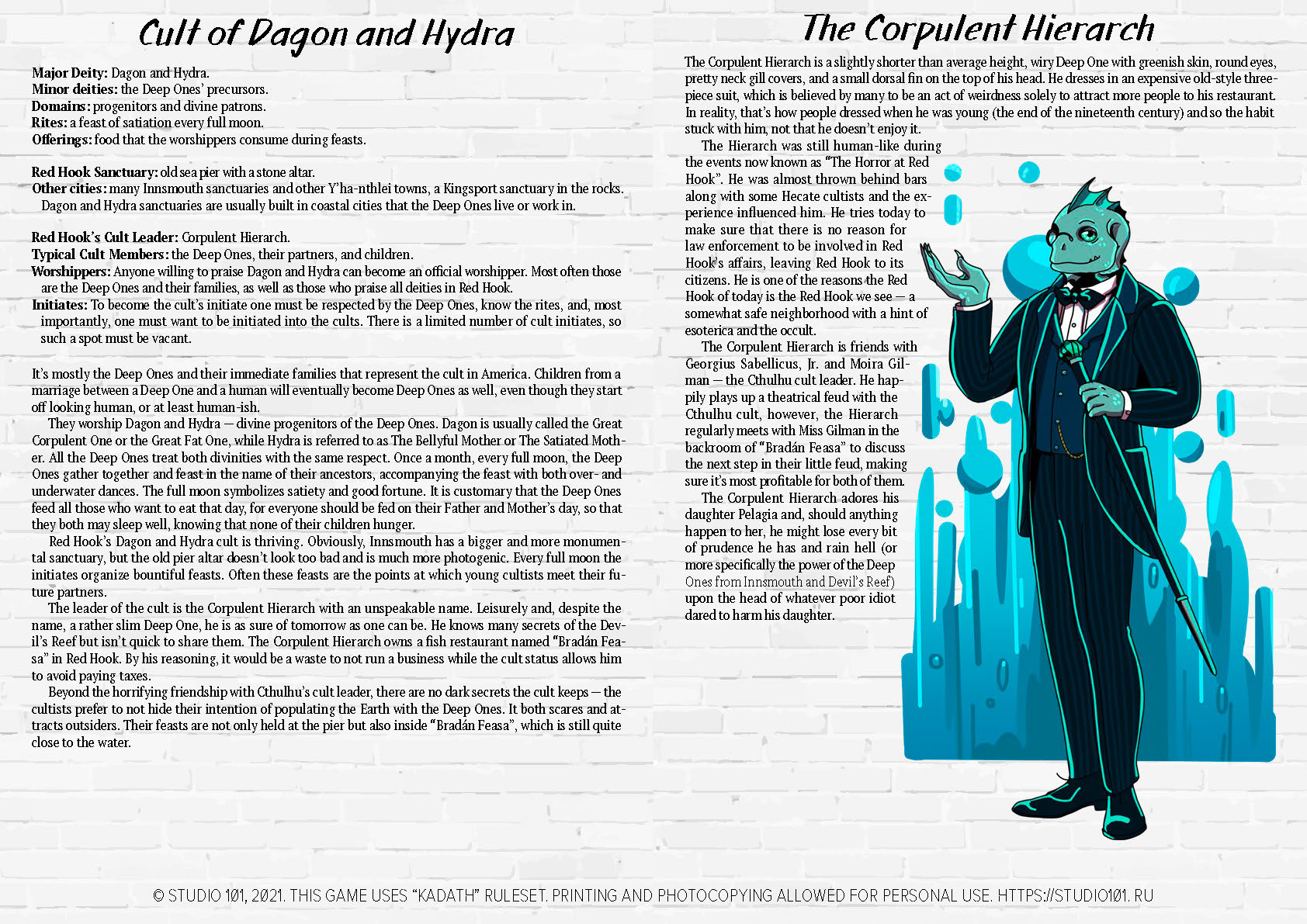 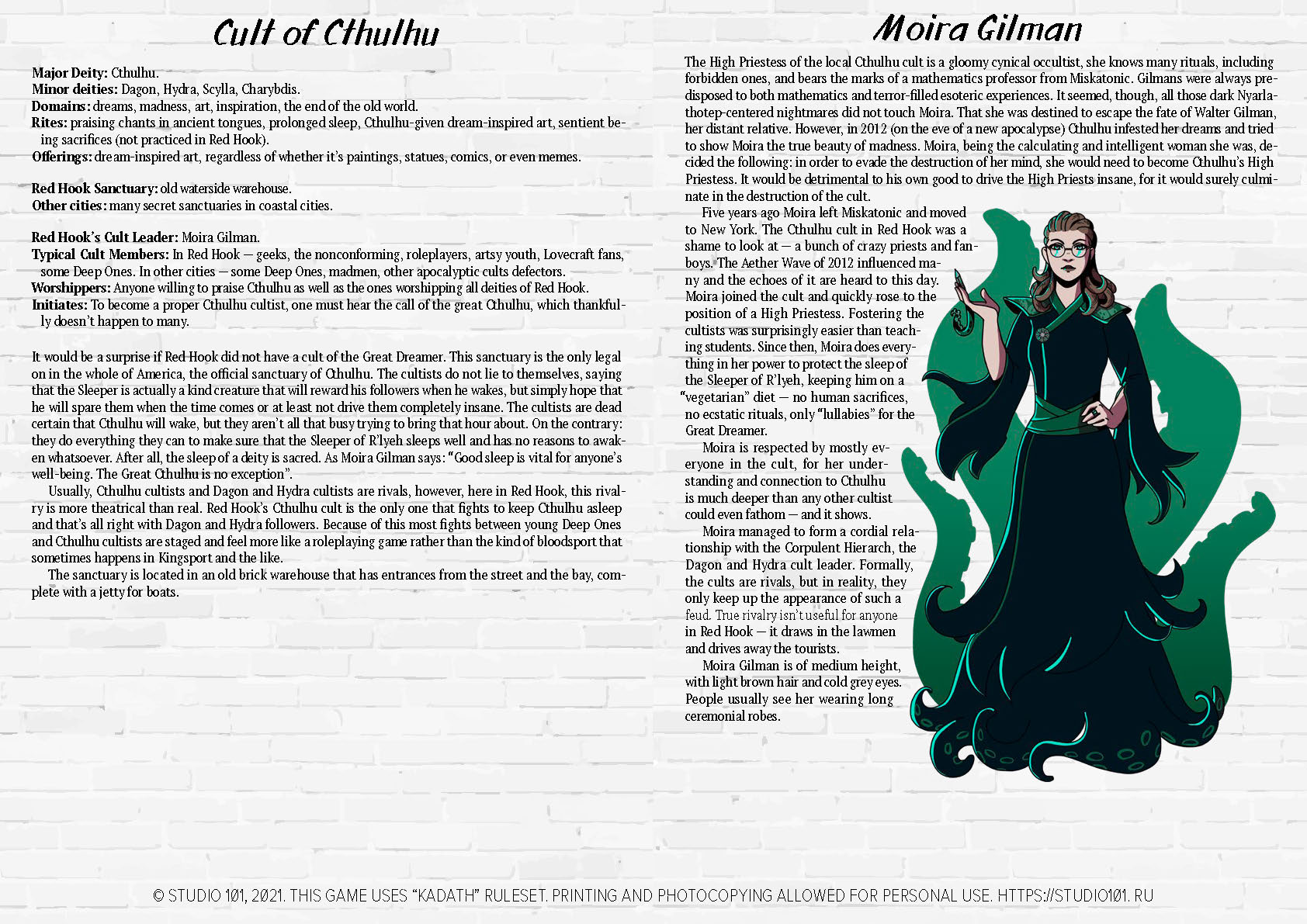