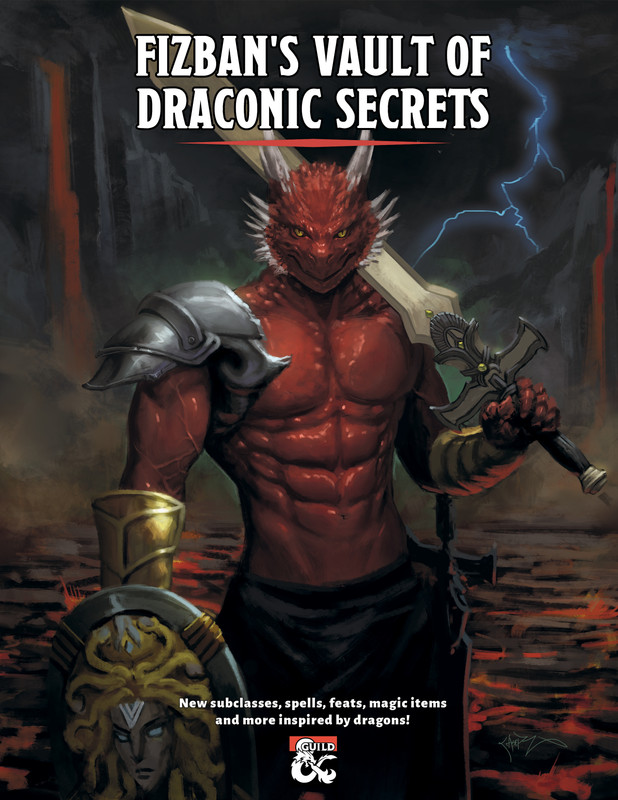 Fizban's greatest secrets are finally ready to be revealed!

Inside Fizban's Vault of Draconic Secrets, you'll discover a wealth of never-before-seen dragon power. Whether you are looking to bring draconic flair to character creation or level up your game with dragon-inspired feats, hoard items, draconic gifts, and more, this book has everything you need to get your dragon on!
From the publisher of the best-selling Feywild Companion, Fizban's Vault of Draconic Secrets brings player options to those who want to join in the fun dungeon masters are having with Fizban's Treasury of Dragons. Suitable for any setting, these unforgettable options make the dragon yours!

Grab your copy at the DM's Guild. 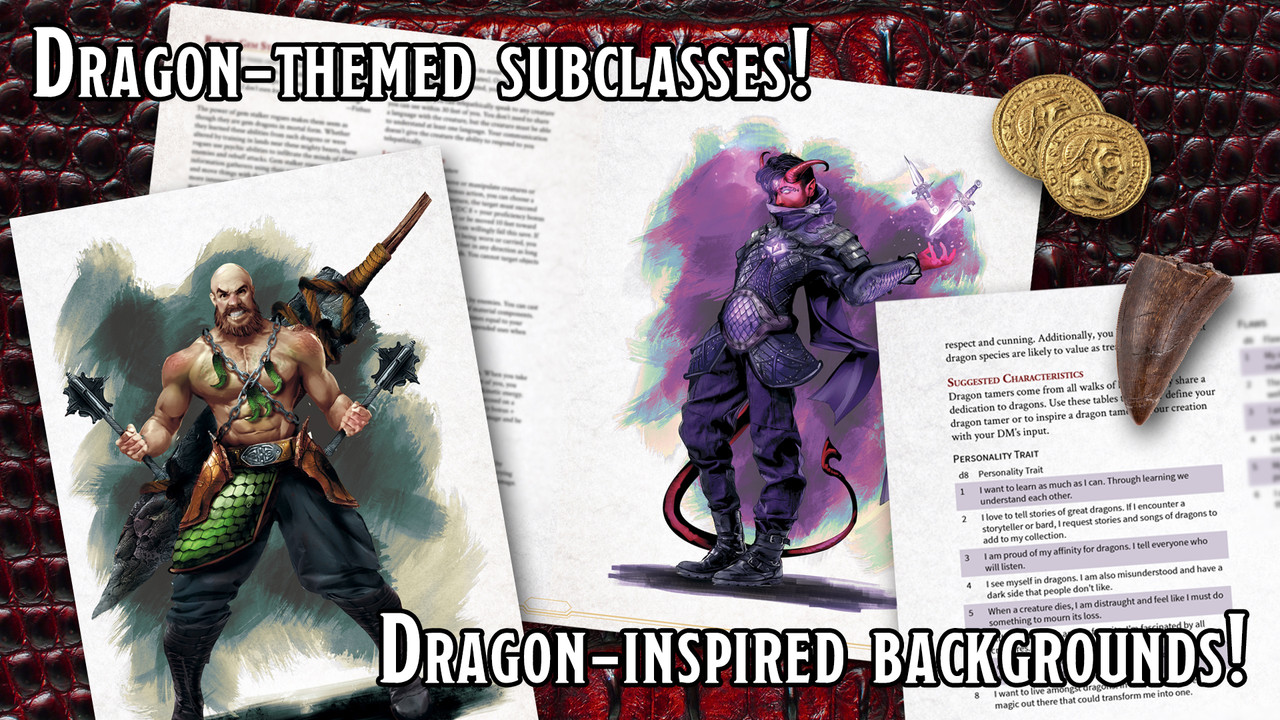 Fizban's Vault of Draconic Secrets contains 13 dragon-themed subclasses, one for each class including artificer. Artificers can harness the power of gems as a Gemologist. Druids can transform into dragons as members of the Circle of Scales. Rangers can track and hunt massive monsters as Dragonstalkers. Warlocks can be empowered by the Greatwyrm patron. And, these are just 4 of the 13 dragon archetypes that await you inside!

Fizban's Vault of Draconic Secrets also includes two detailed backgrounds that bring you face-to-face with dragons. You can hunt or capture them as a Dragon Hunter. Or, you (and your pet lizard) can seek to befriend them as a Dragon Tamer. 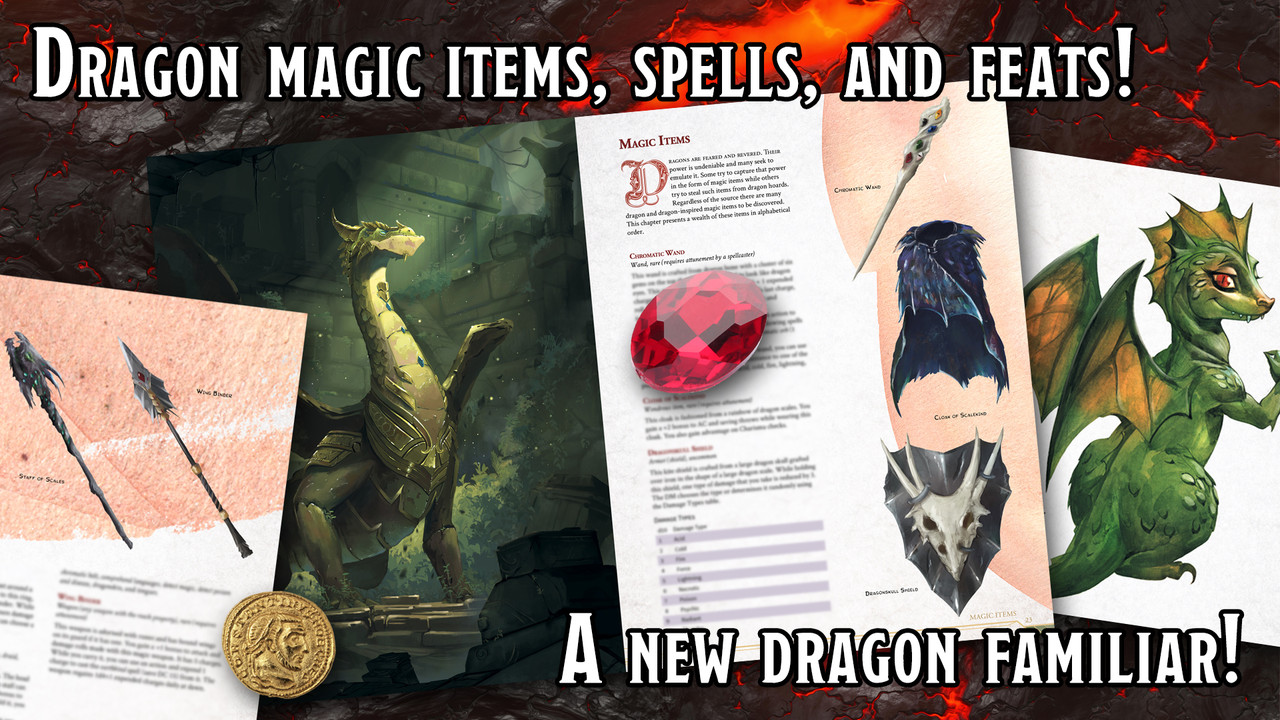 You can't have a dragon's hoard without magic items. Fizban's Vault of Draconic Secrets contains plenty of options ranging from uncommon to legendary, including Chromatic Wand, Cloak of Scalekind, Dragonskull Shield, Drakesblood Amulet, Martyr's Cry, Staff of Scales, and more!

The book holds many draconic spells to enhance your spellcaster's options. Chromatic bolt, draconic might, dragonskin, fell the greatest foe, kinetic orb, and more await you inside its pages! Dragon fans will also enjoy our feats like chromatic adept and psionic shielding, just to name a few.

A brand new familiar awaits you inside Fizban's Vault of Draconic Secrets. The mischievous dragonling will worm its way into your heart with its back story and stat block suitable as a creature to encounter or a familiar friend. 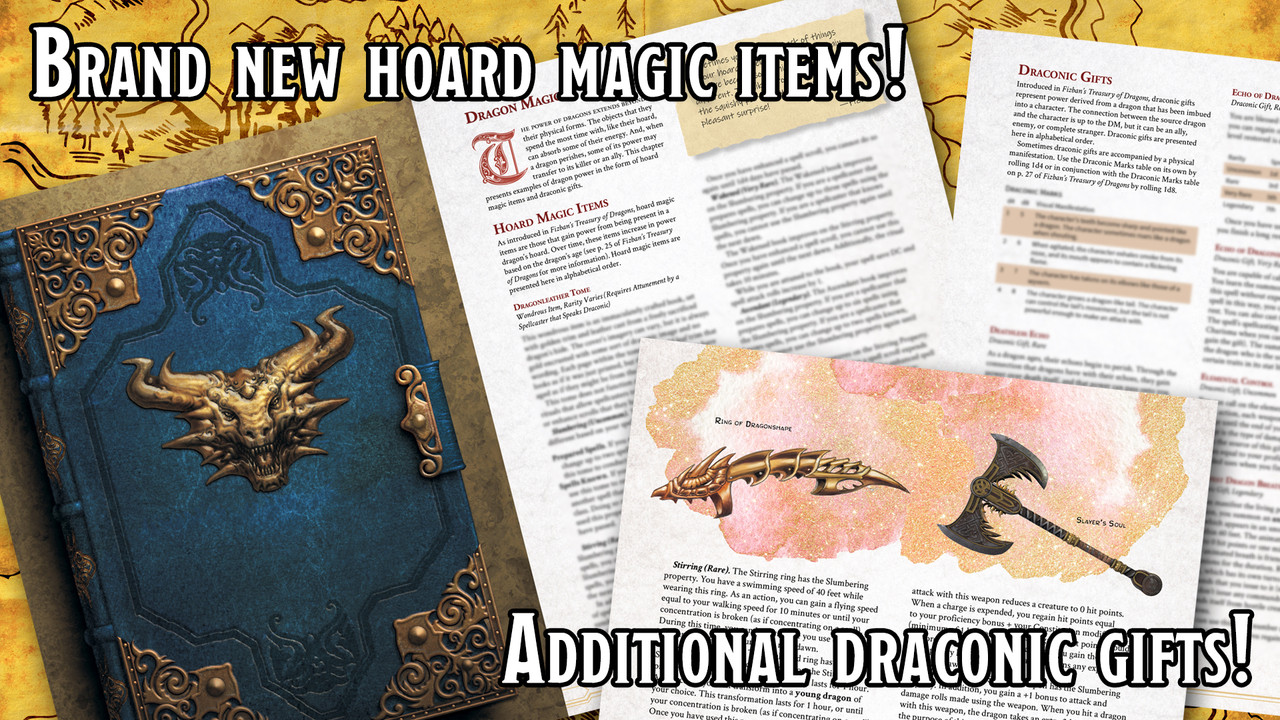 Hoard magic items increase in power with the dragon that possesses them. With dragonleather tome, the ring of dragonshape, and slayer's soul, 12 rarity variations are ready to drop into your campaign!

Draconic gifts are powers imbued into characters by dragons. Fizban's Vault of Draconic Secrets includes gifts ranging from uncommon to legendary including deathless echo, elemental control, and manifest dragon breath. You won't want to miss these!

With our 50 dragon-themed trinkets, you can spice up the loot of a downed enemy, enhance a character's starting experience, or add some draconic flavor wherever you need it!

Fizban's Vault of Draconic Secrets also offers 40+ player and NPC-oriented hooks for every chapter in the book so that DMs can craft adventures and encounters using all of the book's content. Players can use them to craft backstories for their dragon characters as well.

Grab your copy at the DM's Guild and get your dragon on!

Publisher
This may be a minor thing, but it keeps nagging at my mind. Fizban is Dragonlance, right? And DMsGuild does not allow DL as part of the license. Unless that's changed recently. How are you getting around that?

Sacrosanct said:
This may be a minor thing, but it keeps nagging at my mind. Fizban is Dragonlance, right? And DMsGuild does not allow DL as part of the license. Unless that's changed recently. How are you getting around that?
Click to expand...

Fizban's Treasury of Dragons introduces the concept of the First World, the world which created all other worlds. Due to the destruction of the First World, aspects of dragons exist on all versions of the Material Plane, and an aspect of Fizban exists in the Forgotten Realms. Typically, that aspect was referred to as Bahamut, but here we're using the same character name as WotC to match the book they're releasing. Since the material is setting agnostic and does not directly reference the Dragonlance setting, everything's good. We are day early, but DM's Guild will likely have a category tomorrow for Fizban's Treasury of Dragons.