Staff member
There are many kinds of birds out there, and each sports its own plumage & has its own calls. And different ways of demarcating territory.

So yes, booming systems are one way of exhibiting mating/primacy. Here is some evidence thereof provided by two of the preeminent researchers in the field, Professors Tigra & Bunny:
[video=youtube;2T3egCDI4ls]https://www.youtube.com/watch?v=2T3egCDI4ls[/video]
Last edited: Sep 19, 2018

That was bloody awful. Absolutely dreadful.

He agrees with me.

Do you guys realize that it's only four months until our timeline surpasses this vision of the "future":

Avast, landlubbers! I be plunderin this hive. Hand over ye booty and rum.

jonesy said:
Do you guys realize that it's only four months until our timeline surpasses this vision of the "future":

Oh no, our timeline is accelerating! 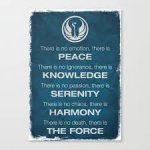 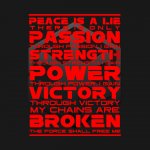 I feel like Marvel's success is working against them. The Captain Marvel trailer makes it look like a good solid action flick (and in my opinion it is easily on par with the Wonder Woman trailers), but I've seen a lot of comments from disappointed fans. The bar has been set so high that a merely good movie no longer excites people.

On the flipside I feel really bad for DC fans. There the bar is almost non-existant. It's like there's no quality control at all.

Batman Begins and The Dark Knight were good. The Dark Knight Rises was more disappointing. I enjoyed Man of Steel more than I thought I would. The same with Wonder Woman. Chris Pine was the weak point just like Star Trek. The direction the two studios have gone with Marvel and DC make it hard to compare in my opinion. DC's movies seem darker, more grounded. Marvel's are more lighter and fluffy. They seem to appeal more to a broader/younger crowd. The problem with the way DC presents their stuff is it's more in line for older folks. They have more discerning tastes and are quicker to notice something wrong. Shazam may take them into a new direction. Going that route may leave me behind. I liked the dark and brooding Batman and Superman. I watched Infinity War a couple of days ago. I was underwhelmed. Josh Brolin didn't do it for me as Thanos. He was fine as Cable. The big battle reminded me of the Gungans v droids in Phantom Menace. Every time I see the new Peter Parker I want to reach for a can of Raid.

I need a bit of help with the following description:

[sblock]The house looked like one of those homes on the cover of a magazine. It was light brown, two story with a well kept lawn. A large window to the left indicated where the living room was I think, while a smaller window on the right might be where a bedroom or office was located. There was a dark red chimney also on the left side, which just added to my guess that being where the living room is located. The driveway itself formed a roundabout with two other cars that I couldn’t identify but I assumed must belong to her parents.[/sblock]
The house needs to give off a rich vibe with out being over the top. It's a modern circa 2004 house

I was under the impression that the DCEU had more movies, but it seems there are only five. The Batman movies aren't part of it? Five, hmm? Comparing to Marvel in terms of number of movies filmed that means that DC is only up to the first Captain America. That kinda makes DC's position appear better. They've only just started, so they can make corrections. Out of Marvel's first five only Ironman was a rock solid movie for me. The 6th of course was the first Avengers, which was a big step in the right direction.

trappedslider said:
A large window to the left indicated where the living room was I think, while a smaller window on the right might be where a bedroom or office was located.
Click to expand...


In the houses I've grown up in there's a small window over the sink in the kitchen....but I may move the dinning room to the front side with a large window.

Anyway, if I were you I'd look for pictures of the type of house you're wanting to depict and try writing a description for it, see if it sparks ideas.

jonesy said:
Anyway, if I were you I'd look for pictures of the type of house you're wanting to depict and try writing a description for it, see if it sparks ideas.
Click to expand...

Excellent idea. There are so many styles of houses here. Victorian, Georgian, colonial, ranch, craftsman, etc.

Or spend some time on websites for builders. They sell houses to suit your taste and will have sample floor plans to look at.

I got so used to using my mouse right handed it seems awkward to use it left handed.

I had a job once that required me to carry a device for people to digitally sign for packages. Id hand the device to their left hand and stylus to their right. I encountered another lefty, all craziness ensued, we both handed the the device and stylus to each other as if the other was right handed. When she noticed what was happening we had a good laugh. We have to adapt to a world not designed for us.

Understanding the In Terrorem Effect of Litigation