OGL Hasbro should have asked Chat GPT, I did:

Explain the potential negative consequences to the company Wizards of the Coast if they revoke the Open Gaming License 1.0a

The Open Gaming License (OGL) 1.0a is a legal instrument that allows third-party publishers to use certain intellectual property owned by Wizards of the Coast (WotC) in their own products. If WotC were to revoke the OGL, it would likely have a negative impact on the company in several ways.

Firstly, revoking the OGL would likely harm the company's relationship with third-party publishers, many of whom have built their own businesses around creating products that are compatible with WotC's intellectual property. These publishers may feel betrayed by WotC's decision and may choose to stop creating products for WotC's games.​
​
Secondly, revoking the OGL would also likely lead to a decrease in the number of products available for WotC's games, which in turn would lead to a decrease in sales for the company.​
​
Thirdly, revoking the OGL may lead to loss of trust of the community and consumers, which can impact the reputation of the company as well as the sales.​
Lastly, if WotC revokes the OGL, it may face legal challenges from third-party publishers who feel that their rights have been infringed upon. This can be costly for the company in terms of legal fees.​
​
Overall, revoking the OGL would likely have significant negative consequences for WotC's business and reputation, and it would be in the company's best interest to avoid taking such a step.

EDIT: I asked the obvious follow-up:

What are the positive consequences?

Revoking the Open Gaming License (OGL) 1.0a would not have any positive consequences for Wizards of the Coast (WotC), as it would likely harm the company's relationship with third-party publishers, decrease the number of products available for its games, negatively impact the reputation of the company and lead to legal challenges.

Instead, WotC may choose to update or modify the terms of the OGL, which would allow them to address any concerns they may have with the current license while still allowing third-party publishers to create products compatible with their intellectual property. This could potentially lead to more revenue for the company and more products available for their games while maintaining the trust of the community and the consumers.

In general, the OGL allows for a thriving ecosystem of third-party products and content, which can lead to more interest in the game and more sales for the company. Additionally, it allows for the creation of new and diverse content by people outside of the company which can bring fresh ideas and perspective.

I'm glad to know bigshot corpos will lose their jobs to AI before me.

Keep in mind, ChatGPT was last trained in 2021 and has information about current events.

Adding on to what @Malchor Flubbit said about ChatGPT not having anthing newer than it's 2021 training data, neither of these questions accurately reflect the current situation.

Revoking the OGL 1.0a needs the "mitigating" aspect of replacing it with a newer version, but one that removes digital aspects, and how those interact with the DnDBeyond purchase, under-monitization, looking for recurring income streams in digital, senior management replaced from software fields - these both more accurately reflect the context of the change, and all the negatives and positives.

All of that said, ChatGPT is pretty dang cool, almost unnervingly so. I think we're entering a new stage right now.

I'm sure Hasbro are looking at ChatGPT very closely. Their supposed plans for AI-DMs aside, some soulless exec is undoubtedly considering the savings of AI generated adventures and artwork - quality of output be damned. 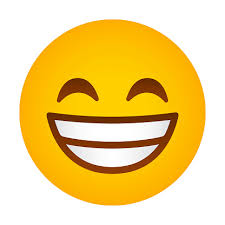 BMaC said:
Explain the potential negative consequences to the company Wizards of the Coast if they revoke the Open Gaming License 1.0a

The Open Gaming License (OGL) 1.0a is a legal instrument that...

Well, okay, hold up, you kind of begged the ques--

What are the positive consequences?

Revoking the Open Gaming License (OGL) 1.0a would not have any positive consequences for Wizards of the Coast (WotC)...
Click to expand...

I'm moving out to the woods.