humble minion said:
The growth thing sounds like it's best implemented by a racial feat, with prerequisites of the PC reaching a certain age (and perhaps spending X amount of time rooted in the ground, sort of a hibernating or nearly chrysalis stage they have to go through to undergo a major growth spurt?)

As far as the actual benefits of growth, that's a thorny (heh) question. Just eyeballing it, I'd give them the permanent benefits of an Enlarge spell (which is veeery roughly equivalent to a +2 Strength ASI) - the 10x10 footprint i see as a bit of a double-edged sword. Then, to make it a bit more interesting, I'd probably add +1 Con and a speed penalty. My instinct is a 10ft penalty, though that'd probably be too harsh if they have a base 25ft movement, so 5 might be the way to go. I just like the idea of the cactus-people becoming ponderous as they grow.

Not sure I'd allow PC cactuspeople to grow above Large. If nothing else, how many campaigns would last the many in-world years that'd be required for that to happen?
Click to expand...


See my response to Kobold Stew above in regards to how I imagine the growth thing as part of lore rather than a mechanical benefit for PCs - however, anything can happen in D&D (like getting magically aged), so maybe a racial feat is the way to go (I would need to read some of those, never have in 5E)

Supporter
I expected to see Cacturne and Cacnea.

Minigiant said:
I expected to see Cacturne and Cacnea.


I don't get the reference.

el-remmen said:
I don't get the reference.

Cacnea and Cacturne are cactus pokemon. They look like cactus people or cactus scarecrows and have a signature move called Needle Arm where they bash does with their spiky arms to force flinch/cringe.

They also shoot their needles and like sucker punches. Basically jerk cactusfolk.

What about to get any racial traits from the cactus leshy (Pathfinder 2)? 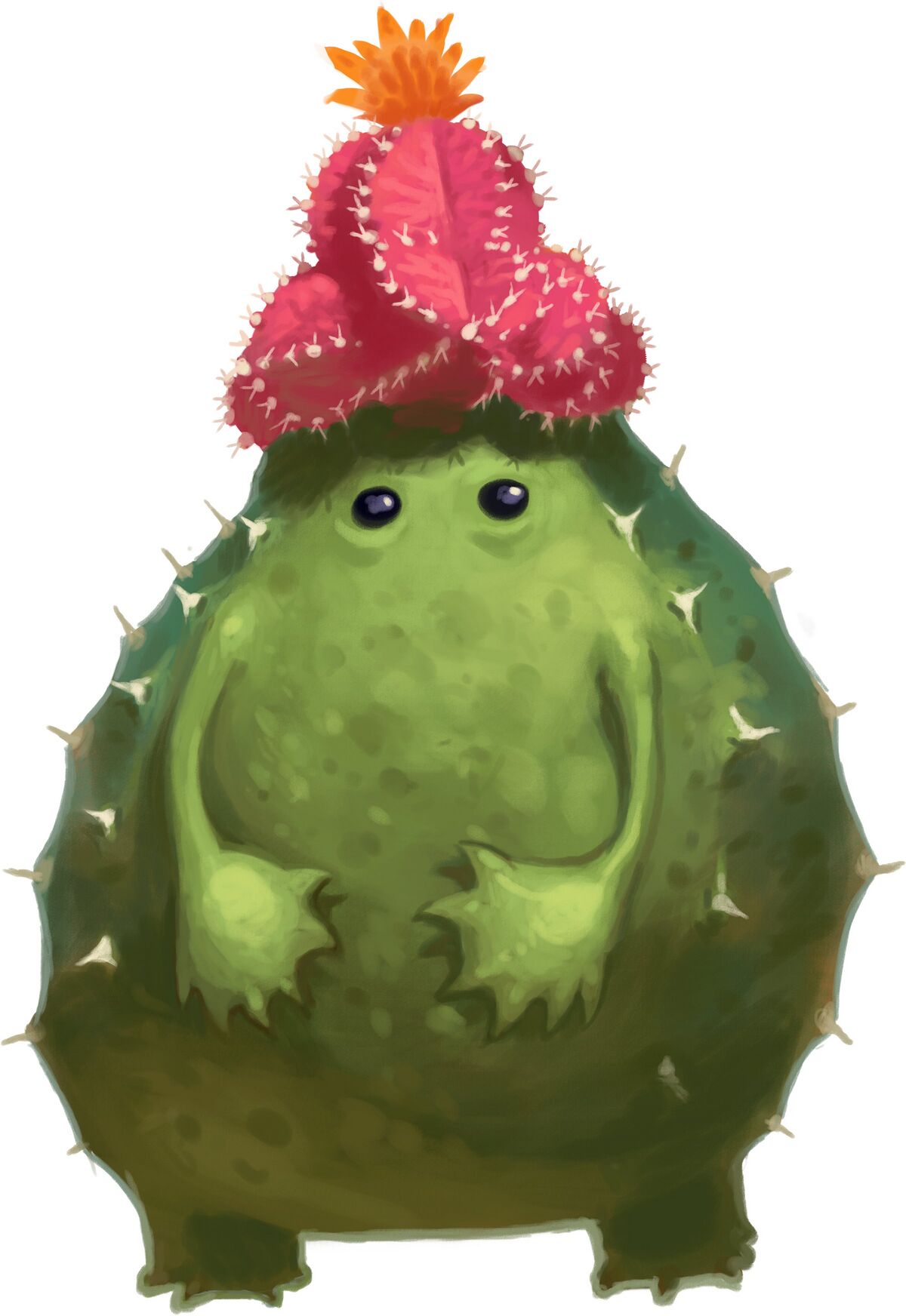 LuisCarlos17f said:
What about to get any racial traits from the cactus leshy (Pathfinder 2)?


I like the grappling thing and may adopt it (maybe something to unarmed strikes as well) but the growing fruit on their body, while cool in an Alan Moore's Swamp Thing kinda way, may not quite fit my vision for these guys.