As many of you know, Inkwell Ideas has a Patreon (sort of an opt-in subscription) which supports further development of Worldographer and new map icons. Our icon theme this month is “Weird Natural”.

For our World/Kingdom classic icons, we considered many unusual geographical features, and came up with this list:
Here they are: 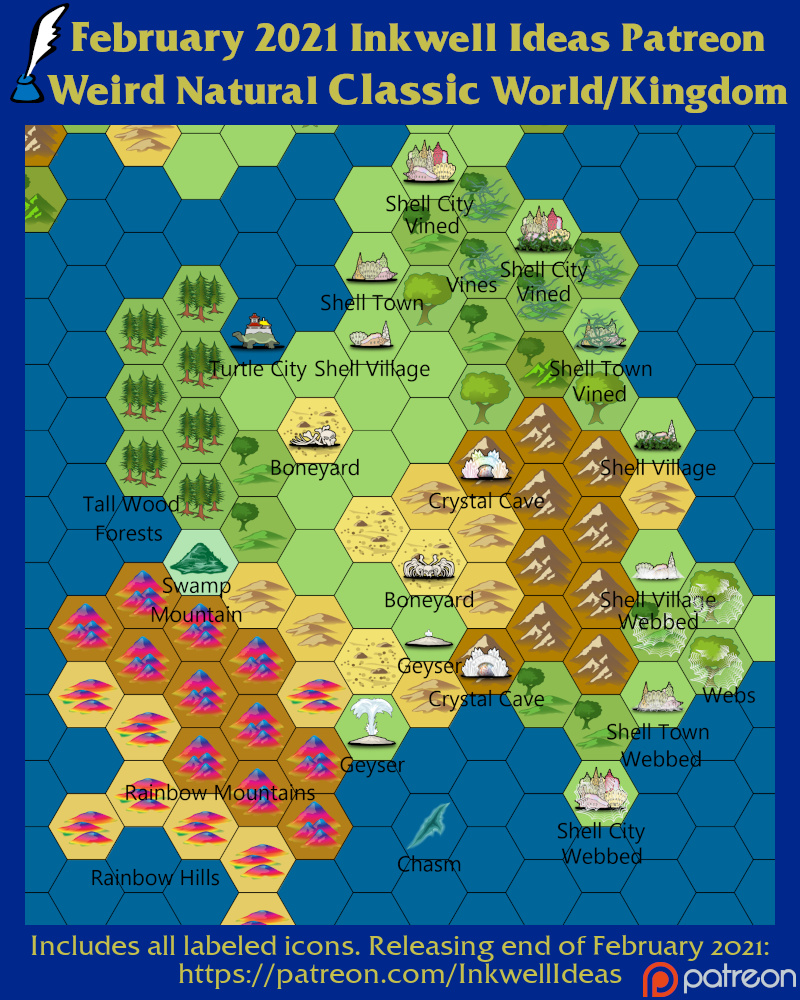 We also do a set of isometric style world/kingdom icons (usually the same concepts as the classics): 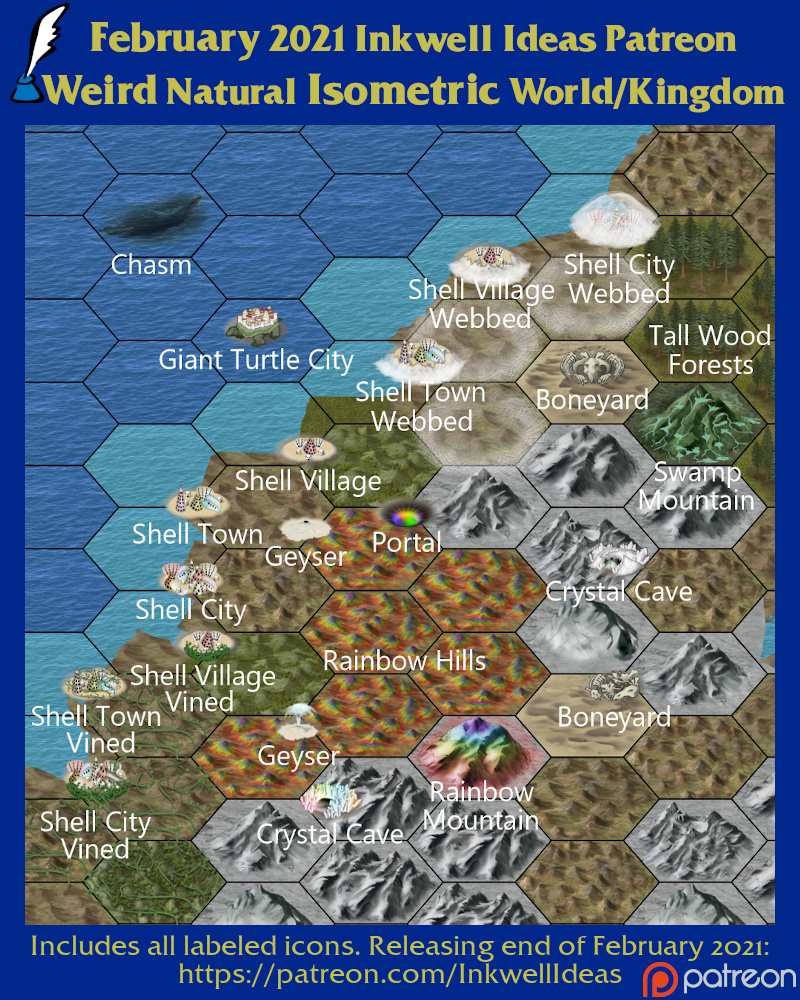 Our third mini-set of icons are used for settlements. They are usually mostly buildings. But because the theme is “Weird Natural” stuff, we keyed in on creating a town of shell buildings. Maybe there are giant shell creatures nearby or the people who live here are tiny or a combo of those ideas. As you can see we have a few houses, town hall, guild hall, inn, temple, theater, and several other buildings.
We’ve also got a texture of a turtle shell and some edging–so in the sample a small village on a turtle is visiting. (The turtle himself is shy though.) Below that you see one of several weird crevasses we’ve included. And below that is a tree branch (one of a couple in the set) and elevator going up to it. The idea is you could add some buildings on the branch for a tree city. But one or two of them (like this one) also have a nook suggesting people live in the tree. 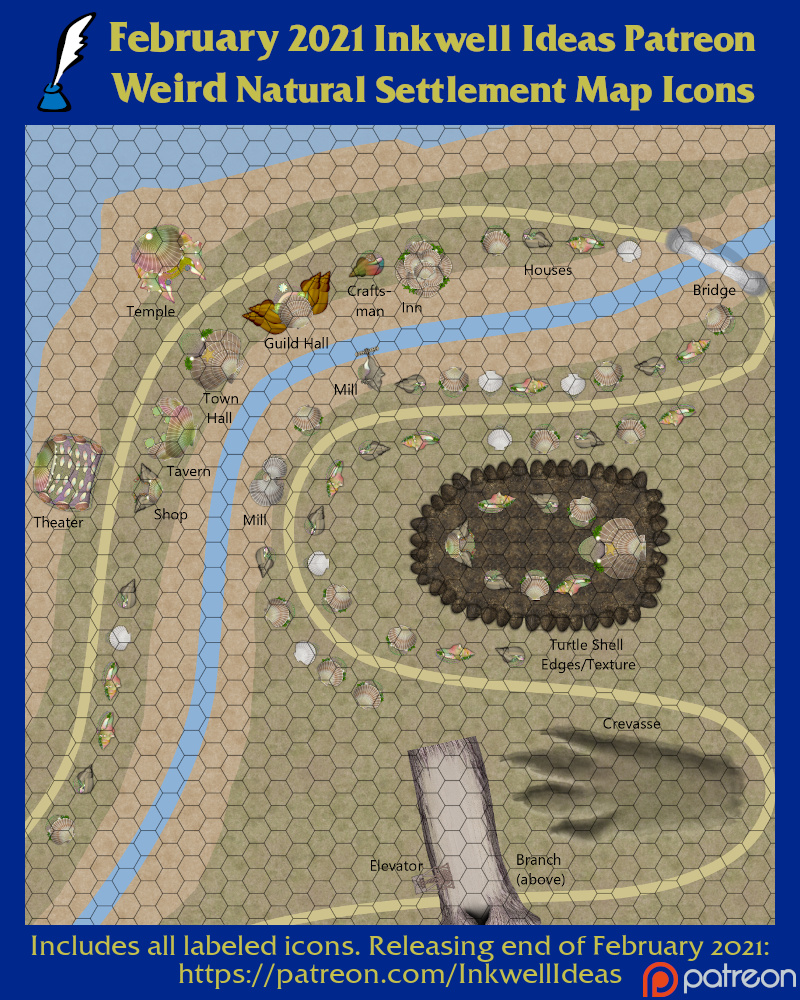 The icons will go out to Patreon backers on the last day of the month. But we've got one more set to preview (battlemat icons) between now and then.

Sep 20, 2021
InkwellIdeas
I
I
Map Icon Packs Are Today's DriveThru Deal of the Day