Into the Mother Lands - An Original Afrofuturist TTRPG: An Interview With B. Dave Walters

At EN World, Morrus spoke about Into the Mother Lands Kickstarter (here), as did I (here). The campaign has already connected with thousands of fans. On the day it launched, columnist Beth Rimmels reached out to ask if I planned to cover this project and, after reading the campaign page, there was no way I couldn’t. A new Afro-futurist TTRPG? I wanted to learn more. Fortunately, Into the Mother Lands Lead Developer (as well as D&D comic author, Wizards of the Coast streamer, and Baron Victor Temple on Vampire: The Masquerade: LA by Night), B. Dave Walters, offered to answer my questions.

EGG EMBRY (EGG): I know you’re busy and I want to thank you for taking the time from your campaign to talk with me, I appreciate it. Speaking of campaigns, what can you share about Into the Mother Lands?
B. DAVE WALTERS (BDW): This is an original Afro-futurist tabletop RPG. There is a Twitch stream in its second season, but our Kickstarter is to create our primary game sourcebook.

EGG: This sci-fi TTRPG has its origins in pre-colonial Africa. How does that one element reshape the possibilities at the gaming table?
BDW: Our original premise was a world without colonialism. That allows us to tell stories where western expansion, imperialism, manifest destiny, and greed aren’t the inciting incidents. Our characters are free to roam and explore their own unique home planet of Musalia, or strike out into space to find what adventures await them there. We wanted the joy of exploration to be a major driving factor in the narrative, not lack, scarcity, and calamity.

EGG: You’re creating a game that will empower marginalized people and give them a universe of options to play with. What are some of the most exciting elements within the setting?
BDW: We’ve asked all the contributors to ‘tell the story 10 year-old you needed.’ Hopefully everyone will see themselves reflected in our Cultures, both as heroes and villains and find new ways to express themselves given the tools and sandbox to play in.

EGG: The game comes with a variety of cultures to choose from including humans, hybrids, and more. Which one(s) are you most eager to share?
BDW: The Mansegene are a Culture of humans who have gone so far down the path of cybernetics that they are essentially sentient AI now. They pride themselves on their imperfections and scars as a visual testament of the wisdom they’ve gained in their travels, and I think that’s a beautiful idea. 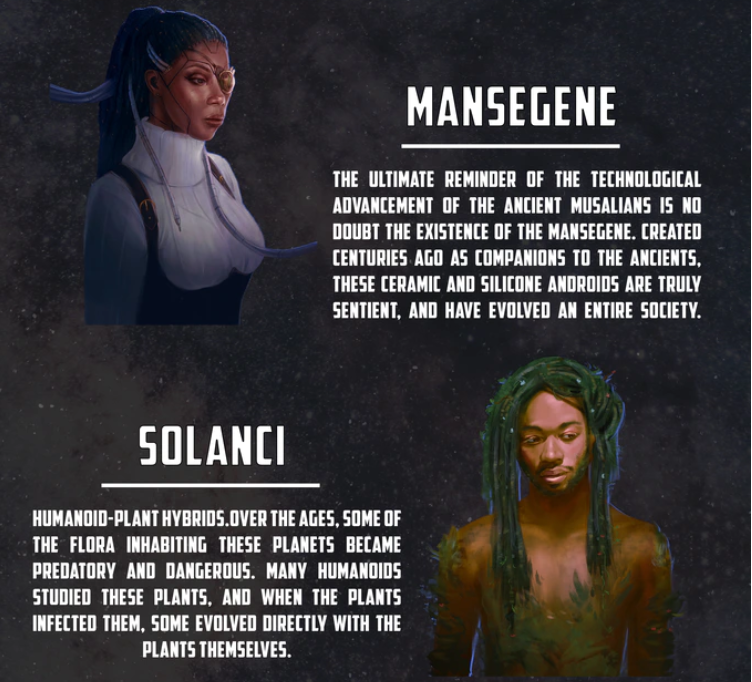 EGG: What’s the travel technology like? Interstellar? Faster than light? Teleporters? What can you share about the technology levels in this setting?
BDW: We have some secrets up our sleeves, but definitely inter-planetary. Once you introduce transporter technology it limits a lot of the potential narratives, but there may be something waiting for you out there in the unexplored places….

EGG: This exists as an actual play, correct? What has the show focused on up to this point?
BDW: Yes. Season 2 is airing now Wednesdays on Twitch TV [here]. The characters are agents of the exploratory group S.W.O.R.D. and have been deployed on a number of missions to battle space pirates, protect defenseless settlements, and investigate strange alien crash sites. And eat cheese…LOTS of cheese.

EGG: Cheese is life! You’ve played this campaign online for a full season. For those sessions, what system did you use?
BDW: The Into the Mother Lands stream is primed by Cortex! Cam Banks and everyone over there has been instrumental in helping us get the game up and running as quickly as we did! 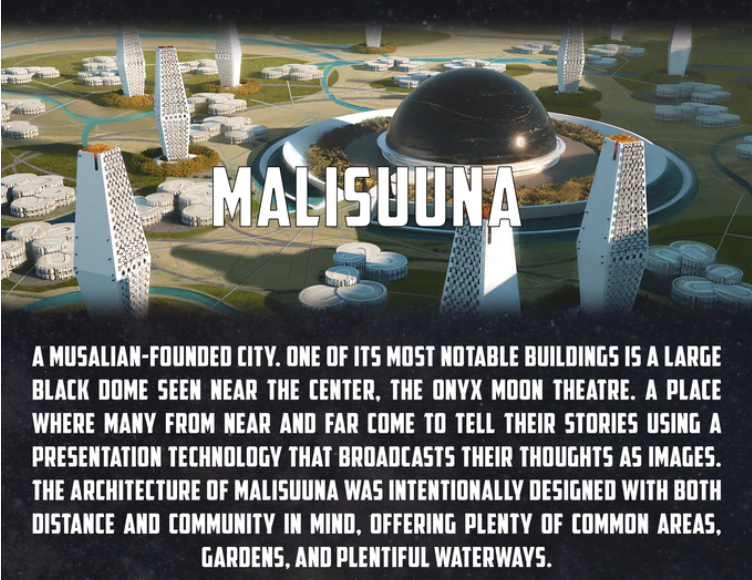 EGG: One of the campaign’s FAQs discusses the game’s system, or, more precisely, how that’s yet to be determined. As a business person, why keep that option open?
BDW: Business is exactly why we did it. We’ve been blessed to have a number of options in terms of publishers we can partner with, or go it completely on our own and create a whole new system. There are a lot of other intangibles to weigh like production costs, who has retail distribution, etc. Until you’ve done it, you don’t realize how much more there is to it than deciding if we want to roll d10s or d6s. Ultimately, we’ll do whatever allows us to deliver the best possible game to the widest possible audience.

EGG: The creative team is a powerhouse of creators of color, both in terms of writers and artists. Working with so much talent drives great products and this looks like a prime example of that. How did you all come together?
BDW: The gaming world is very small, and even smaller when it comes to PoC. We were fortunate to have good relationships with so many gifted storytellers that it all fell into place pretty seamlessly.

EGG: Beyond Into the Mother Lands, what else are you working on?
BDW: Looks around at NDA lasers pointed at us.

EGG: Seriously laughed out loud at that! I feel that pain. Thanks again for talking with me. Where can fans follow your campaign and show?
BDW: The show airs Wednesdays on Twitch TV [here] and the previous episodes are all on Youtube. I can be found at @BDaveWalters on all the socials, and the Kickstarter can be found [here].

Into the Mother Lands - An Original Afrofuturist TTRPG
Egg Embry participates in the OneBookShelf Affiliate Program and is an Amazon Associate. These programs provide advertising fees by linking to DriveThruRPG and Amazon.
Click to expand...

If production costs are a worry, at least the 5e OGL is there. Please use it.

imagineGod said:
If production costs are a worry, at least the 5e OGL is there. Please use it.
Click to expand...

Could you elaborate on why you think ItML needs the 5e OGL? Why would it help with manufacturing books and getting it to retail?

Isn't it fun? Think about. A group of artists with a lot of love for their work create a new franchise. After some years this is almost forgotten...until this is licenced for a videogame or a teleserie in a streaming service, and then it becomes a new cash-cow.

Really looking forward to this game!

Premise is a setting without colonialism -> Makes a game about colonizing another planet.

And the sentence that it allows you to tell stories without imperialism or greed shows that he has some huge blind spots when it comes to the history of African nations and the Empire of Mali.

Ixal said:
Premise is a setting without colonialism -> Makes a game about colonizing another planet.

And the sentence that it allows you to tell stories without imperialism or greed shows that he has some huge blind spots when it comes to the history of African nations and the Empire of Mali.

I am not sure "the perfect rpg" is a tag line used by the creators. Because even the U.S.A. after its founding as the land of the free still had States that practiced slavery.

Things get better with time, so this RPG may improve after the valid criticisms you make are taken into consideration.

My own concern is that the creators have not shown enough communication, including through stretch goals, that this project will not suffer writer's block and miss delivery deadlines.

Technically they don't make it a colony in the true sense of the word as they aren't in contact with the home empire. Although they do rename the planet after their leader... so...