It's Time To Take The LAW Into Your Own Hands! JUDGE DREDD Is Here!

It's been available to Kickstarter backers since last October, but if you missed out, now is your chance to pick up the JUDGE DREDD & THE WORLDS OF 2000 AD tabletop RPG in PDF format, along with THE ROBOT WARS, the first adventure/sourcebook! 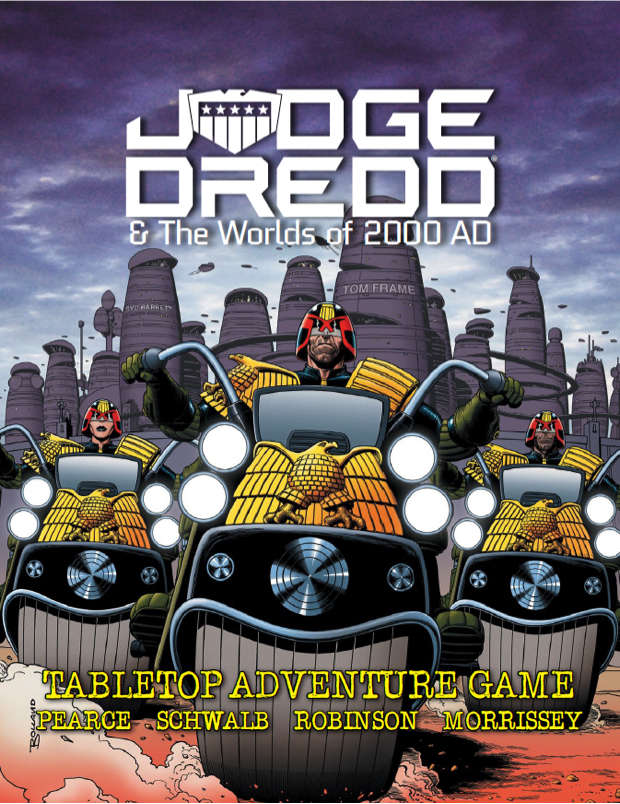 ​
Welcome to the worlds of 2000 AD! Voyage into the far future in this versatile tabletop game of science fiction adventure!

Mutant bounty hunters hunt down the scum of the universe. The noble houses of a resurgent imperial Russia use every means at their disposal to attempt to become the supreme power; using bribery, assassination, espionage, diplomacy and war. The solar system is invaded by the Geeks – a hostile alien race hell bent on the destruction of mankind, on Earth and her colonies in the solar system. Criminal hitmen fulfil their contracts, blasting their way though rivals and bodyguards toachieve their bloody payday. Occult investigators hunt down demons andrestless spirits threatening both the lives and souls of the people of Britain.

And then there is Dredd. The top lawman in a vast city over 800 million citizens he contends with criminals, mutant raiders, aliens, rogue robots and enemy agents from other, hostile, megacities.

This roleplaying game provides the core rules for the science fiction worlds of 2000 AD. It also provides in-depth material allowing you to create and run adventures in the world of Judge Dredd.

Whether you are a street gang looking to make it into the big time with a major robbery, a task force of Judges trying to dismantle a major criminal organisation or a group of citizens just hoping to negotiate the Black Friday sales at one of the massive shoplexes (the most dangerous task of all) this book has you covered! 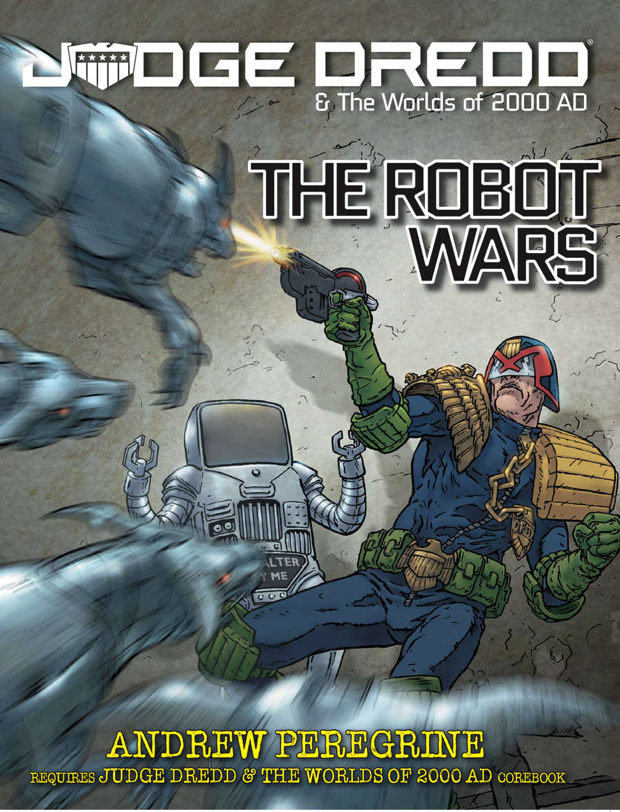 THE ROBOTS ARE REVOLTING!

All across Mega-City One, the Robots are turning against their human masters. Chaos reigns as the charismatic Robot leader, Call-Me-Kenneth, rallies the city's Robots to his side, and only the Judges stand in their way.

Play as Judges in The Robot Wars, or as Civilians and Perps in Saving Matt Damon Block, as war rages across the embattled city.

With expanded rules for Robot characters, in-depth discussion of Robots' role in society, and summaries of Dredd's earliest case files, this supplement is an essential addition to the Judge Dredd & The Worlds of 2000 AD roleplaying game.
Click to expand...

Buy the pdf and get a discount from the print version?

Stacie GmrGrl said:
Buy the pdf and get a discount from the print version?
Click to expand...


We plan to send out a coupon when the PoD version hits DTRPG, but that won’t be for quite some time yet. Kickstarter backers first, then hobby game distributors (local game stores). Later this year.