Zeitgeist has a bunch of references that people might not get if they don't know the source material. I only know a few of them, so please add to the list.

Red veil in adventure 2, Lt. Dale "Coffee and cherry pie" technique - Twin Peaks (apparently, I still haven't watched it)
Primo - Ulthros from FFVI (see recent thread http://www.enworld.org/forum/showthread.php?653513-Who-s-That-Crime-Lord-(Spoilers))
There was a separate thread about all the prototypes of character portraits, but I can't find it now. Han, Leya and Luc are obvious, others less so, I only remember Verzubak Tantalovich as bearded Patrick Steward.

I don't know if I've explicitly stated the Gully Foyle or Iratha Kett ones before, so good catch!

When I was designing the Mad Shootist, we were getting art for the Gidim warbeasts, and the donut monster was basically a Metroid. But Samus doesn't get a shrink ray, does she? I'm trying to remember if we gave Tinker Oddcog a grappling hook beam.

Chapter 0 - I can't be sure, but is "Elfaivar" supposed to sound like "L5R," or rather "Legend of the Five Rings"?

Chapter 5 - There is a Player Handout which acts as a dossier for the heroes at the start of the adventure; Attachment PN16a is authored by someone from the Slate RHC's "SCP Division," which is a reference to the fictional SCP Foundation... I guess it's a subreddit? I'm not familiar, but one of my players was.

Chapter 7 - Referring to Nic as the "Cigarette Smoking Man" is a reference to a character with the same moniker in X-Files. Again, caught by one of my players.

Chapter 7 - Beshela's stat block uses the phrase, "It's super effective." This is a phrase in Pokemon that appears when you use an attack that exploits a vulnerability of your opponent.

Chapter 7 - A section in Act 2 is titled, "The Leone, the Lich, and the Snowglobe," which is a reference to "The Lion, the Witch, and the Wardrobe" by CS Lewis. A few other colorful section titles include, "Walking on Sunshine," "Mission Impossible," and "Blue Banquet" (a possible reference to "Red Wedding," especially considering the massacre that follows).

Wow, I'd forgotten some of those. But yes, correct.

Should this be a wiki thread? Never mind, I missed the banner at the top and was looking for the thread to be yellow in the forum.

You are incorrect about the Cigarette smoking man, I thought it was too, BUT rangerwickett says Nicodemus is inspired by his father rather than the x files character

The "Cigarette Smoking Man" moniker was definitely yoinked from The X-Files, but the name and some background elements of Nicodemus were drawn from my dad.

In Ch 7, is Reason named after the railgun from Snow Crash?

Iratha Keth culture of music and cheerful undead reminds me of Día de Muertos and Brook "Soul King" from One Piece manga/anime, but I'm not sure if that's deliberate or just a common trope.

Chapter 2's picture of the Skyseer's nephew is a spitting image of Eddie Murphy in Beverly Hills Cop... (Wearing a Lettermen's jacket...) 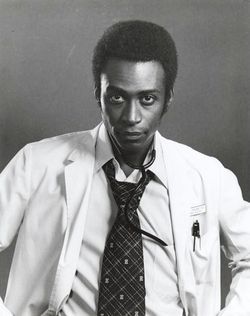 In this thread there are more information about who the different characters are based on, if you want it: http://www.enworld.org/forum/showthread.php?645264-X-Men-in-Zeitgeist

Below are some of the pieces of information (probably not all):
- Gale and Tinker Oddcog were both originally sample superheroes from our 2002 book Four-Color to Fantasy
- Alexander Grappa (inspired by the idea of Professor Xavier, but only telepathic with constructs) trying to escape Leone (directly inspired by Magneto)
- Thames Grimsley is Shatner.
- Delft is Mark Sheppard
- Aodhan is Clarke Peters
- Roland Stanfield is JFK.
- Captain Rutger Smith is Che Guevara.
- Patrick Stewart is Verzubak Tantalovich.
- Pemberton might be Daniel Day Lewis in There Will Be Blood
- Nevard Sechim is Bill Cobbs
- Gale is Katrina Kaif
- Asrabey Varal is Shahrukh Khan
- Mr Mapple is EN world user Teflon Billy

We might as well collect them all in one place. Also I am pretty sure that Rock Rackus is Kanye West.

Thanks. Yes, please add any that you know.

Book 6 Bug Hunt chapter as in Aliens 'Is this another "Bug Hunt?

Book 7 The Leone, the Lich and the Snow globe-- The Lion the Which and the Wardrobe

Rando Recommendations: What Pop Culture Thing Do You Recommend (Not Geek Media)
2 3 4