Also what would be a good thing for a 5th level non-adventuring 5e cleric to make/cast to help out a party going after incorporeal undead?

So I am running a 5e game that is converting the pathfinder Thundarr the Barbarian crashed spaceship themed Iron Gods adventure path with a lot of reskinning and some tech aspects. A warforged artificer is narratively a robot. The life cleric's plate mail is sort of a steampunk 1950s style 40K space marine armor and his +1 mace is reskinned to be a space marine power fist gauntlet.

The party aasimar cleric and kobold bard belong to a dragon cult to Aasterinian the dragon god of invention and humor so we go with a theme of Looney Tunes Acme type corporation stuff from the Road Runner cartoons and we run with it to have a lot of their magical effects be Rube Goldberg type mail order machines. The cleric's spirit guardians and spiritual weapon involve anvils and tweety birds for example. 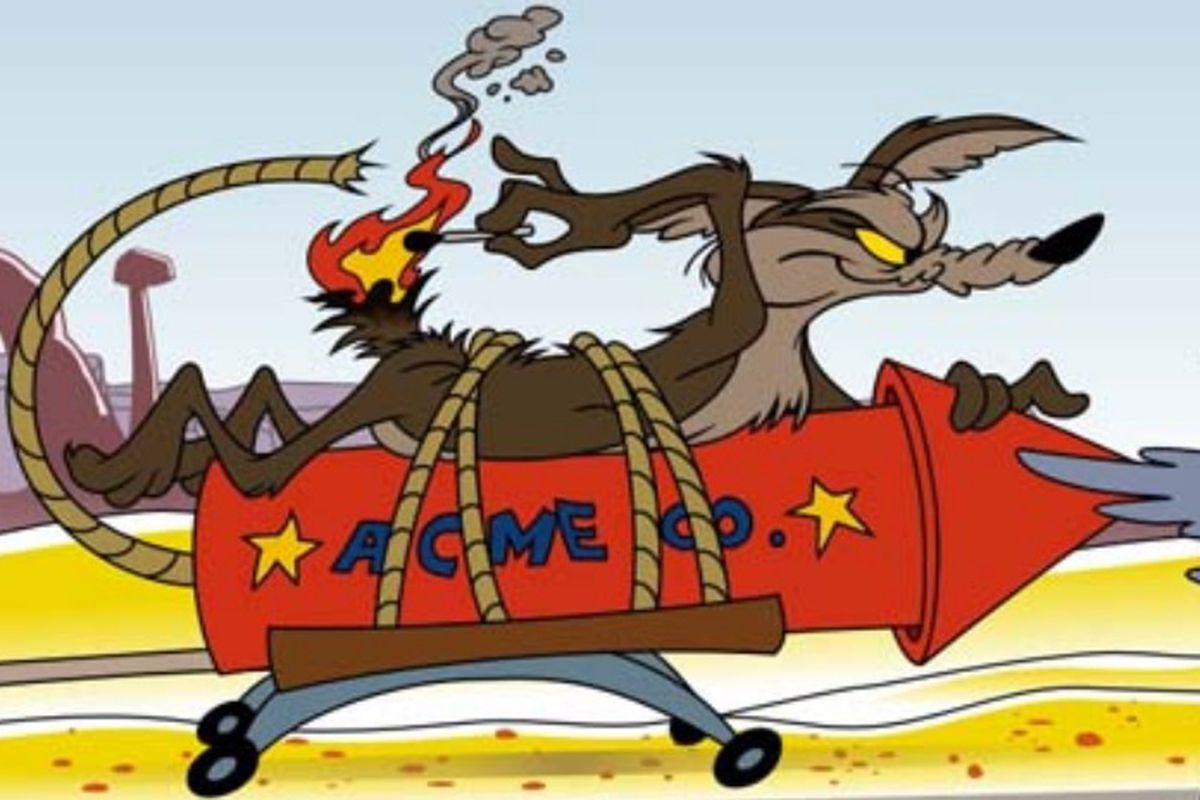 In the latest adventure the party has decided to go into a haunted canyon and are preparing for it. The cleric is asking what would be an Acme themed mail order tech thing that would be narratively appropriate.

tied into the power armor and holy symbol on the gauntlet for turning but we are really going for a 50s and 60s appropriate tech vibe where we can for the Acme things and Ghostbusters is very 80s.

Can anybody think of anything for a more Looney Tunes Acme ghost busting theme?

Also the party has a hidden clockwork foundry with an Acme tech lab and an NPC Acme cleric/artificer construct creator of about 5th level who can support them but will not venture out with them. Anything 5e ghost fighting effect/power that would be appropriate from that type of a background to grant the party?

The NPC has been on the run from a vampire and so I came up with Klieg lights and flash bulb holy water as things she already has, but can you think of anything else appropriate here? 5e seems to have a bit less clerical anti-undead stuff off the shelf than other editions did, particularly with healing not damaging undead.

Something like the Luigi Mansion ghost vacuum cleaner might be a good comical variant on the Ghostbusters stuff. Or else throw a sheet over them, tie them up and then reveal them as actually being Old Man Smithers the night watchman, Scooby Doo style.

‘ACME Spirit doll/robot’ a eerie puppet that spirits seem to adore; may be possessed by an intangible spirit turning it into a construct/giving it physical form
‘ACME Spectre lenses’ lets the wearer look into the astral plane/see invisible entities
‘ACME Undead disguise’ tricks spirits and undead into thinking you’re one of them, so long as you aren’t hostile to them or perform any abnormal behaviours

Voadam said:
Also what would be a good thing for a 5th level non-adventuring 5e cleric to make/cast to help out a party going after incorporeal undead?
Click to expand...

A sheet with eye holes cut out can be used to scare ghosts. Repel Undead.

A ghost dog that keeps grabbing the shin bones of undead and running away with them.

A barrel full of "radioactive glop" that makes invisible ghosts appear visible. Maybe it also gives the ghosts 'sunburn' (Disadvantage to concentration and Insight rolls due to distracting itch).

Spray can of GhostBait that looks like the very old Raid cartoon commercial. "Don't you love the smell of this new car?" - BOOM

Big magnet that works on the Etherial Plane but not the Material World.

Hide-behind framed painting (a portrait) with eyeholes you can see through.

Comedy: "Ghost-seeking missile" that flies and swoops crazily around the room then crashes into a wall.

A Cryptozoological Camera. For some reason it is always out of focus and has a chance of showing a blurry Big Foot or UFO when you look through it. The good news it, it does Detect Undead (or Good & Evil), as it takes blurry photos of ghosts.

A less silly option but, those paper offerings that some Chinese folks make for ancestors and to appease ghosts. You can control/repel/charm undead by offering them thick wads of cash (monopoly money) or burning the effigee of something cool or useful.