Meet Judge Dredd Himself on the Kickstarter's Final Day!

It's the final day of the Judge Dredd & The Worlds of 2000 AD Kickstarter. As I type the, there are just 11 hours left to back the campaign. In the meantime, here's a quick look at the stats of the iconic lawman himself. 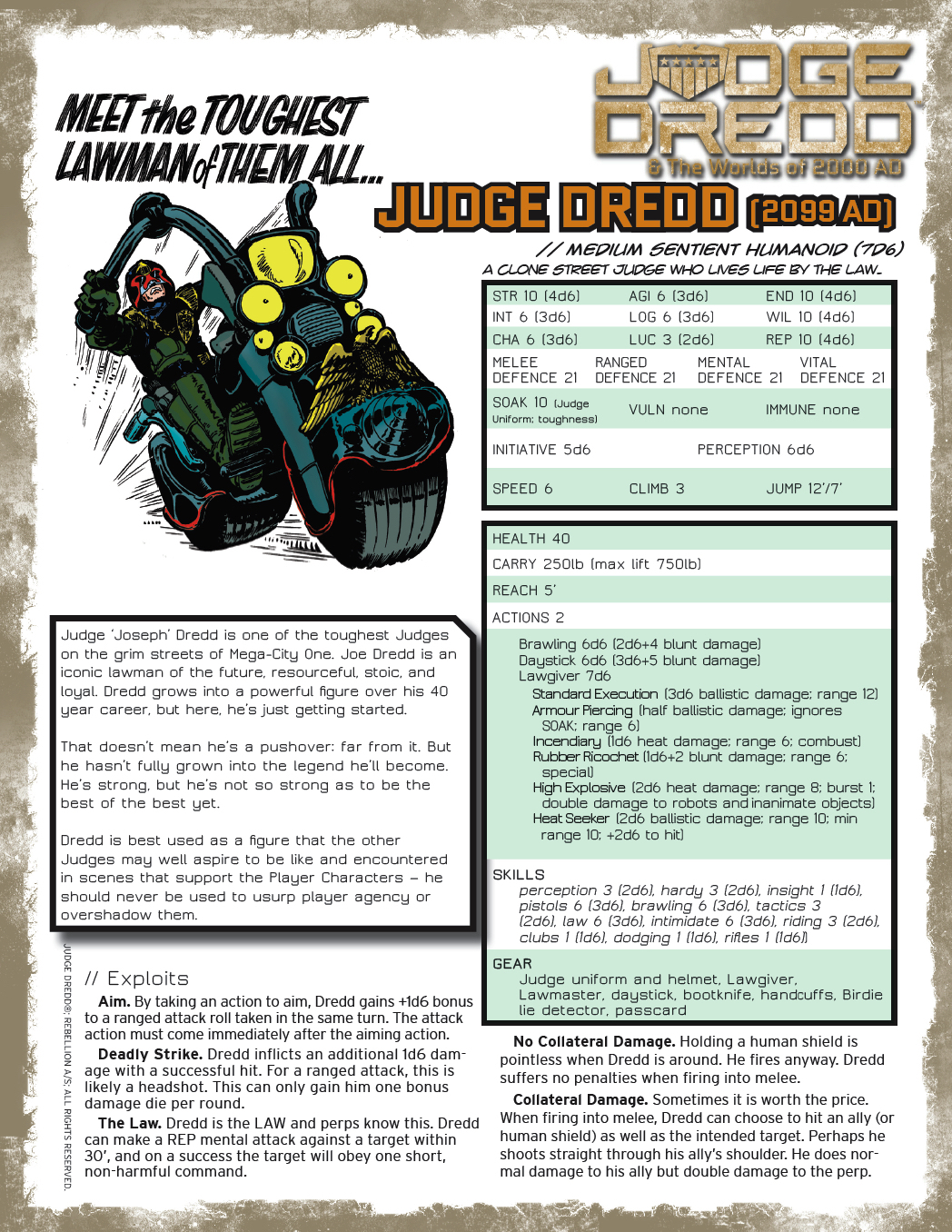 In the comics, Dredd ages in real time. This means he's 40 years older now than he was when 2000 AD first launched. That allows us to advance him throughout his chronology, too! The stats presented here are those of Dredd in 2099, when he first appeared in the comic books, and during the time of the Robot Wars.

As you may know, we plan to follow all the major story arcs throughout Dredd's career in chronological order. Next up is Luna-1, and then The Cursed Earth, both of which have already been announced. With each title, Dredd will advance a little, gaining new careers and skills, improving old ones, and so on.

Head on over to the Kickstarter to back it. Just a few hours left!

I know nothing about the game mechanics, but reading his sheet got me a little excited!
Last edited by a moderator: Oct 26, 2018

dave2008 said:
I know nothing about the game mechanics, but ready his sheet got me a little excited!
Click to expand...

The game mechanics are: Add up the dice values to make a dice pool; roll dice pool and add up dice - compare against a target number to succeed.

Damn I just saw this and it’s too late to back the Kickstarter. Is there another way to get the PDF? Or back late?