Micah Sweet said:
Actually, people say this or that is/isn't political all the time.
Click to expand...

Some people do, and those people are incorrect when they identify things as “not political.”

Celebrim said:
Let's not go there again. People that believe that everything is political are scary.
Click to expand...

Guess @Charlaquin is scary. Me also.

Let's not insult other posters here, please and thank-you.

Let's not insult other posters here, please and thank-you.
Click to expand...

Ixal said:
I am unaware that Brooklyn-99 for example got review bombed despite one of the main characters, or at least important side character, being a gay african american. Because in my opinion B99 does inclusion right. Its not hidden, but (apart from a few episodes in later seasons) him being gay is not the defining trait of this character. Its just something he is and no special attention is paid to it.
Click to expand...

No special attention is paid to it? Half the jokes in the show are about it!

Politics isn't just about the state and state power. It may also be between groups in society.

I have been very fortunate to meet and play with some of the best designers in gaming, and they tend to be very smart people. I haven't met a single one of them that I would want to discuss politics with. It's just something that the gaming community doesn't have a strong overlap with.

I've also been fortunate enough to meet and interact with some of the most successful politicians in America, of all political stripes. It is surprising how many of the younger ones appreciate nerd culture. Even so, I would similarly not be interested in what they had to say about games and gaming. I think the two fields attract people with perhaps the opposite skills.

If your game or adventure puts politics front and center, I'm 99% likely to be completely disinterested in it.

SteveC said:
I've also been fortunate enough to meet and interact with some of the most successful politicians in America, of all political stripes. It is surprising how many of the younger ones appreciate nerd culture. Even so, I would similarly not be interested in what they had to say about games and gaming. I think the two fields attract people with perhaps the opposite skills.
Click to expand...

It's more common than you think, and not only on the left. The last thing you ever want to reveal as a politician is a niche interest, but I remember Ted Cruz (of all people) having a number of Star Wars-themed campaign ads and quizzing Gorsuch about the Hitchhiker's Guide during his confirmation hearing.

humble minion said:
Though it's got me thinking - has anyone here ever played, in good faith and not in an 'evil PC' game, a PC with political convictions and ideals completely opposite to theirs? How did it go?
Click to expand...

This is such a great question it should be its own thread with the stories that would arise from such roleplaying experiences.

I doubt many players are monarchists in real life...

ad_hoc said:
All art is political.
Click to expand...

I wouldn't go that far (unless you take the position that the artist's view doesn't matter, which some people do), but there are cases where there's more than we think, particularly where the politics have been lost to time. Michelangelo's David, for instance, was an anti-Medici piece, and Dante's Inferno is full of the local struggles between the Guelphs (pro-pope) and Ghibellines (pro-emperor) and then black (pro-landed nobility, still supporting the pope) and white (pro-merchant, now anti-pope) Guelphs.

(Notice you have religion, business, and landed gentry, all considered conservative forces now, on different sides. The further back you go, the less the sides line up the way we're used to.)

Well, there is probably at least one case.

If you've heard of Curtis Yarvin, aka Mencius Moldbug, the neoreactionary monarchist...his 'dark elf' theory suggests at least some familiarity with the game, since that group shows up much more in D&D than in Tolkien. But other than that, I'd agree with you.

EDIT: No, I don't support him, he's about as close to a fascist as you can get without actually being one, and his political views may just be some weird form of performance art IMHO.

Hussar said:
DnD is far, far too conservative in its presentation to effectively make any sort of real commentary. Heck Radiant Citadel is probably the first time they’ve actually made a real effort. We pat ourselves on the back for getting rid of chain mail bikinis in the art and actually having POC represented when it’s only really happened in the last ten years.
Click to expand...

Rules Cyclopedia (1991) for BECM and 3rd edition both feature POC characters. For example, the magic-user art in RC and the monk art in 3rd ed. No chainmail bikinis in the art either as far as I could see from a flip-through.

Charlaquin said:
No special attention is paid to it? Half the jokes in the show are about it!
Click to expand...

I don't know if I'd say half of the jokes, but his orientation is literally the A plot of his introduction episode, and it comes up a LOT in both serious and humorous plot lines throughout the show. He's also my favorite character on the show, and he's definitely more than just his orientation and colour. There are definitely characters in other shows that I would list as forced inclusion in the negative sense, entirely because they are literally nothing but their minority trait. But those characters are rare, and getting rarer as writers get better at writing perspectives other than WASPs.

Charlaquin said:
Some people do, and those people are incorrect when they identify things as “not political.”
Click to expand...

Is it not exhausting to think on that level (i.e. where everything is political)? Sometimes people just want to kill bad things.

Face it ... Hamilton is a lot like Paradise Lost. If you're not rooting for the guy in red, you're just not having fun.

Then you clearly haven't seen UK's response to the death of the Queen. My country also legally considers her as our queen, and I know a few monarchists that I've gamed with.
Monarchists in the USA? Yeah, doubt that number's very high, haha.

AnotherGuy said:
Is it not exhausting to think on that level (i.e. where everything is political)? Sometimes people just want to kill bad things.
Click to expand...

Oh, definitely. It's not surprising at all, nor is it surprising that people want to engage in games as escapism, far from their real-life worries. But it's still worth acknowledging that different people have different ability to do so thanks to the privileges they have or lack and not grumble about efforts in the industry to reach out to people who have traditionally been on the lack side of that divide. 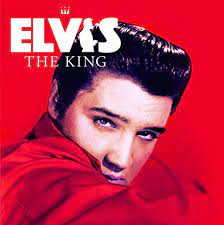 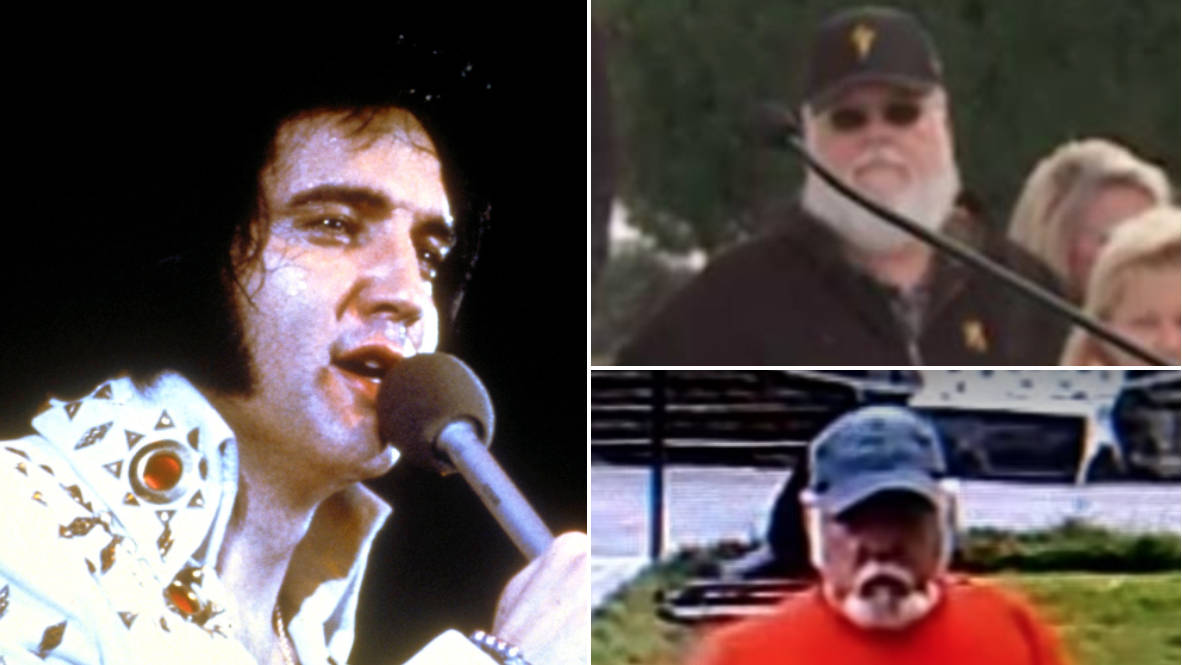 Is Elvis Presley alive? All the weirdest Elvis sightings and conspiracy theories

When you become as popular as Elvis Presley, you will also get a certain air of mystery and intrigue.

It's true that every setting is "political" in a way or another but this is plainly obvious and not worth of further discussion IMHO. To be more in topic I believe we must look at those settings that are politic in a way that reflects a contemporary, not widely shared in people and not distilled by the action of time political view.
In this optic I find Radiant Citadel a real political manifesto setting that try to show how an ideal (at least ideal for some people, me included) society has to be. But aside ones agreement with a specific political view, I really regret to find contemporary political issue in a RPG products. First because it is not inclusive (by paradox) and second because I truly find difficult to believe that this could be sincere. More, if the political answers a setting gives to explain how an ideal society could work are naive to the point of broke my suspension of desbelief (as in Radiant citadel), this turn to be a real boomerang that turns against the political view itself casting a shadow of naivety on all supporters of that political side. Maybe it would be definitely better to avoid pushing debated politics, sociology, economic views in RPG games, even if the large majority of customers shares the same politic view. In this times all cultural products, unfortunately, are scrupulously examined in search of -isms of any kind, the denunciation of which is sometimes made for the political self-promotion of the complainants. The social media are huge megaphones that amplify every complaint, both the sincere one and the most interested one. Producer reply with apologies and removals without going into the merits of the validity of the complaints. This is a very insidious form of self-censorship and the limitation of artistic freedom. It should never go away that something you don't like can be erased by mass tweeting. Freedom of expression should be protected over all, and bad taste, racism, sexism, homophobia, should be sanctioned by few sales, at most.
The idea that it is right to cancel ideas, as they are hateful, retrograde, stupid, unsupported by science, is a symptom that it is not only the right that has become radicalized, but also the left. And that our tolerance as human beings in the face of the limitation of freedom has dangerously increased on both sides.
The preventive attitude to this phenomenon is the filling of the brand or product with inclusive content is an even worse mistake. I firmly believe that every time an element of diversity is inserted into the narrative without this having a reason in the economy of the story to be told, a blind mechanism of respect for quotas is triggered that does not serve the cause of inclusion. It is a forced inclusion, descended from above, which alienates rather than convinces. I don't think it serves to change society for the better at all, it only serves to violently polarize society and is toxic to debate.
Last note: many internet forums sanction discussions that end in politics to avoid unpleasant wars between users and a toxic climate. But how can this tolerably censorious attitude be sustained when the products under discussion are manifesto of a partial vision of the world?

ad_hoc said:
All art is political.
Click to expand...


Absolutes are not really your friend here. If we look closely at this, we are apt to find it is hyperbolic, or requires either a highly restrictive definition of what constitutes, "art," or an exceedingly broad view of what is "political".

In preschool, my neighbor's child was given a page to color, with a vaguely human figure that he could use to represent anyone he wanted. He chose me, oddly enough, so the page now hangs on my refrigerator. It is certainly a piece of self-expression, so should qualify as "art", if not "good art". But the kid was 4 years old - there's a long stretch there that a four-year-old child was making a political statement with it.