Today EN5ider features a trio of giants—surprise your players with an ogre that's dreamy, frozen, or sure to inspire some laughter! 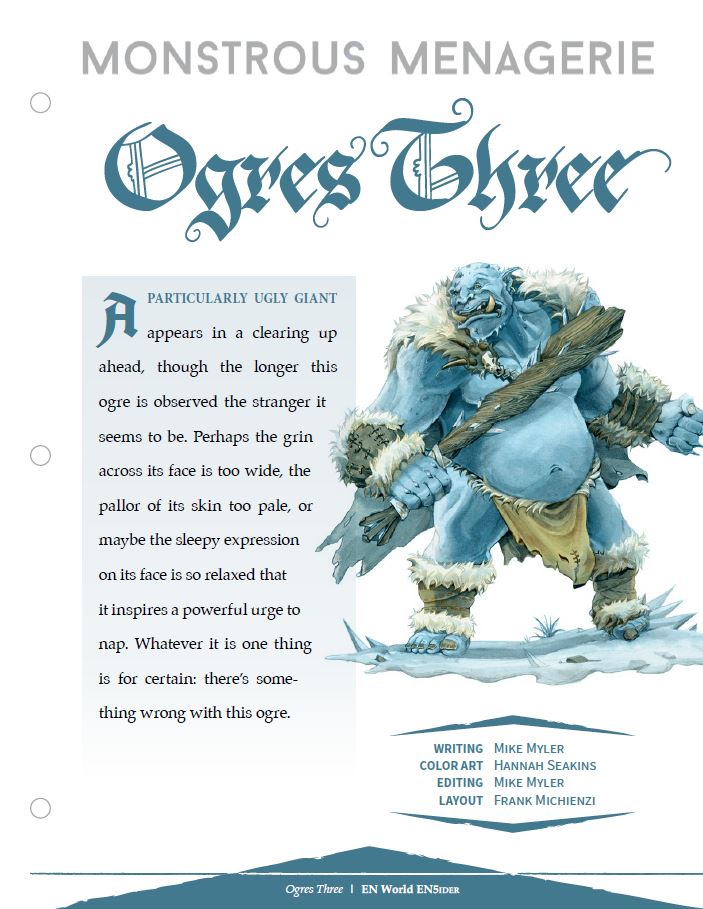 It's a little known fact that there are only three kinds of ogres.

4d6 said:
It's a little known fact that there are only three kinds of ogres.