Click here to view article text
In today’s Mythological Figures post we’re examining the quintessential Queen of the Nile and a woman not at all unfamiliar with intrigue: Cleopatra! 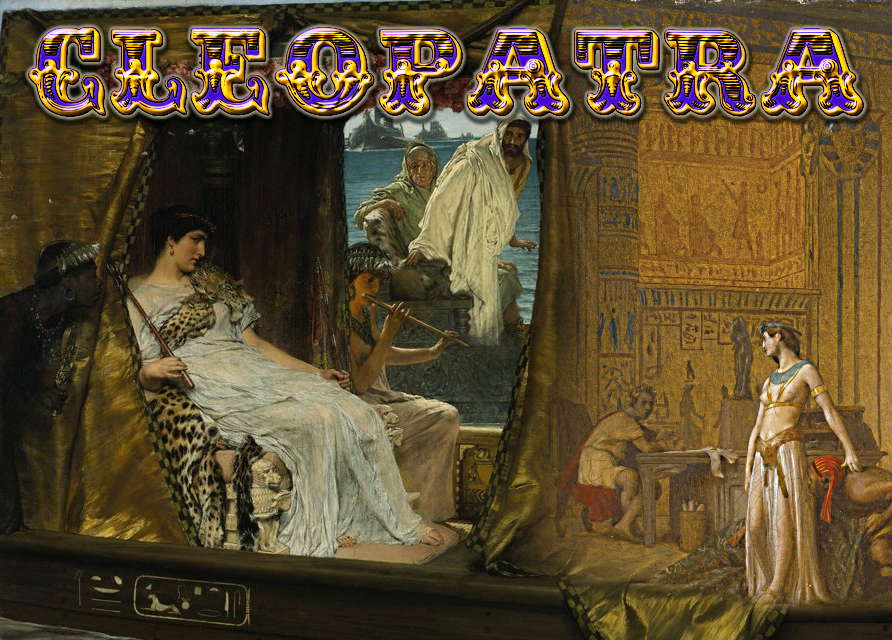 Most of us know Cleopatra through the lens of “Egyptomania” solidified in pop culture since the Victorian Age but this woman’s history is far, far, far more involved than that. Her reign isn’t just one period of rule it’s several, sometimes as a joint-ruler with her siblings or by manipulating others from afar. Whether or not she was on the throne she was using her position to create other ties with figures of authority and note, siring children with both Julius Caesar and Marc Anthony before ultimately becoming the target of the Roman Republic’s final war. In short Cleopatra led kind of a crazy life.

Design Notes: There are some real sly operators in the Mythological Figures lineup but after even a cursory scan of her life I think Cleopatra is quite possibly the most cunning of them all and her statblock is built to reflect that. Being the superior diplomat that she obviously was means investing heavily into mental ability scores and the skill feats for them essentially giving her Expertise in all of her skills plus some fun abilities for spice. Granted she probably deserves a higher score in Intelligence and Wisdom, but to make her feel unique (and get more utility out of her for GM use) I think she needs those feats. Unlike most of the builds I’m going to give her a little extra magical oomph because as a frequently-ruling queen it’s a fair assumption that she’d have the resources for some magical trinkets. All told she’s definitely table-friendly and will be appearing in some of my games soon (maybe with a different name, maybe not--I did just finally start a New Argonauts campaign...)

Background: Noble - Queen. Due to her position as a ruler, Cleopatra is treated with a measure of respect wherever she goes. She is treated as royalty (or as closely as possible) by most peasants and traders, and as an equal when meeting other authority figures (who make time in their schedule to see her if requested to do so).

Fast Learner. After Cleopatra has heard a creature speak for 1 minute or longer, she can mimic its manner of speaking as long as she knows the same language as the creature (allowing her to seem like she is local to a given region).

Feat: Diplomatic. Cleopatra can make a Charisma (Persuasion) check contested by the Wisdom (Insight) check of a creature that can understand what she says during 1 minute of talking. On a success, as long as Cleopatra remains within 60 feet of it (and for 1 minute afterward) the target is charmed by her. Cleopatra automatically fails on the check if she or her companions are fighting the target.

Feat: Master of Intrigue. Cleopatra can use an action to fool one humanoid she can see within 30 feet of her. The target must be able to hear her make a Charisma (Deception) check contested by its Wisdom (Insight) check. On a success, the target is fooled until the end of Cleopatra’s next turn or until she attempts to fool a different target. Cleopatra doesn’t provoke opportunity attacks from movement around a fooled target and she has advantage when attacking a fooled target. On a failure, Cleopatra can’t fool the target for 1 hour.

Tactician. Cleopatra is able to use the Help action to aid an ally attacking a creature as long as the target of the attack is able to see and hear Cleopatra and is within 30 feet of her.

Tactician’s Insight. After Cleopatra has observed or interacted with a creature for 1 minute, she learns whether or not it has higher or lower Intelligence, Wisdom, or Charisma scores than her. In addition, she learns if the target has more or fewer class levels than her. Cleopatra also knows when she and the target have equal scores in one of these categories.

dave2008 said:
The image is "whitewashed" because it makes someone of southern European descent look like they are from Northern European descent. Not because Mike thinks she was African. Mike tends to research these quite a bit and I am sure he knows here origins.
Click to expand...

Indeed, although as the one contemporary portrait (maybe!) I could find shows, the one posted wasn't actually that bad, though it is clearly a product of Orientalism overall. Of course, we are talking about D&D!

The woman in the painting looks plausibly southern European to me. I have more of a problem with her hairstyle and jewelry making her look like a Victorian society matron, but then, Victorian paintings are prone to that.

Specifically regarding Cleopatra's skin coloration: whether or not she was white, black, or otherwise is a point of frequent debate among academics and otherwise.

Based on that article it seems more like a point of occasional debate.

However, that has no bearing on how I would portray Cleopatra in 5e D&D.

"Cleopatra is one of the best-known women in history, famed for her supposed beauty and intellect..."


I mean, I would have probably spent more on her INT and CHA stats instead of feats, but YMMV.

If you follow the information up thread you see most of that information has been refuted or at least found to be highly dubious. She may not have been "white," but she most likely was not "African." We can't know for sure, but the preponderance of evidence points in one direction.

dave2008 said:
If you follow the information up thread you see most of that information has been refuted or at least found to be highly dubious. She may not have been "white," but she most likely was not "African." We can't know for sure, but the preponderance of evidence points in one direction.
Click to expand...

If anything, she was mostly Macedonian with a bit of Libyan and Syrian.

There is only one thing we know for sure about her looks...

Imaculata said:
There is only one thing we know for sure about her looks...

Oh what does those stoners know.
We all know Cleo was Yuan-ti in a human skin suit. I saw on Doctor Who.

Mike Myler said:
Specifically regarding Cleopatra's skin coloration: whether or not she was white, black, or otherwise is a point of frequent debate among academics and otherwise.
Click to expand...

Not... really. It's a debate in the same manner that evolution vs. creationism and flat vs. round earth are.

More productively: give the lady the Linguist feat already. She's one of history's most famous polyglots.


Wikipedia said:
Ptolemaic pharaohs were crowned by the Egyptian High Priest of Ptah at Memphis, Egypt, but resided in the multicultural and largely Greek city of Alexandria, established by Alexander the Great of Macedon. They spoke Greek and governed Egypt as Hellenistic Greek monarchs, refusing to learn the native Egyptian language. In contrast, Cleopatra could speak multiple languages by adulthood and was the first Ptolemaic ruler to learn the Egyptian language. She also spoke Ethiopian, Trogodyte, Hebrew (or Aramaic), Arabic, the Syrian language (perhaps Syriac), Median, Parthian, and Latin, although her Roman contemporaries would have preferred to speak with her in her native Koine Greek. Aside from Greek, Egyptian, and Latin, these languages reflected Cleopatra's desire to restore North African and West Asian territories that once belonged to the Ptolemaic Kingdom.
Click to expand...

TheCosmicKid said:
Not... really. It's a debate in the same manner that evolution vs. creationism and flat vs. round earth are.
Click to expand...

Mike Myler said:
And yet this is the 33rd comment on this post and most of them are about her skin color

Overwhelming proof that there are many skin fetishists on Enworld.
Last edited by a moderator: Jan 17, 2019