Mythological Figures is sporting another character from 1,001 Arabian Nights today but one decidedly more obscure: the cunning and lethal Sage Douban! 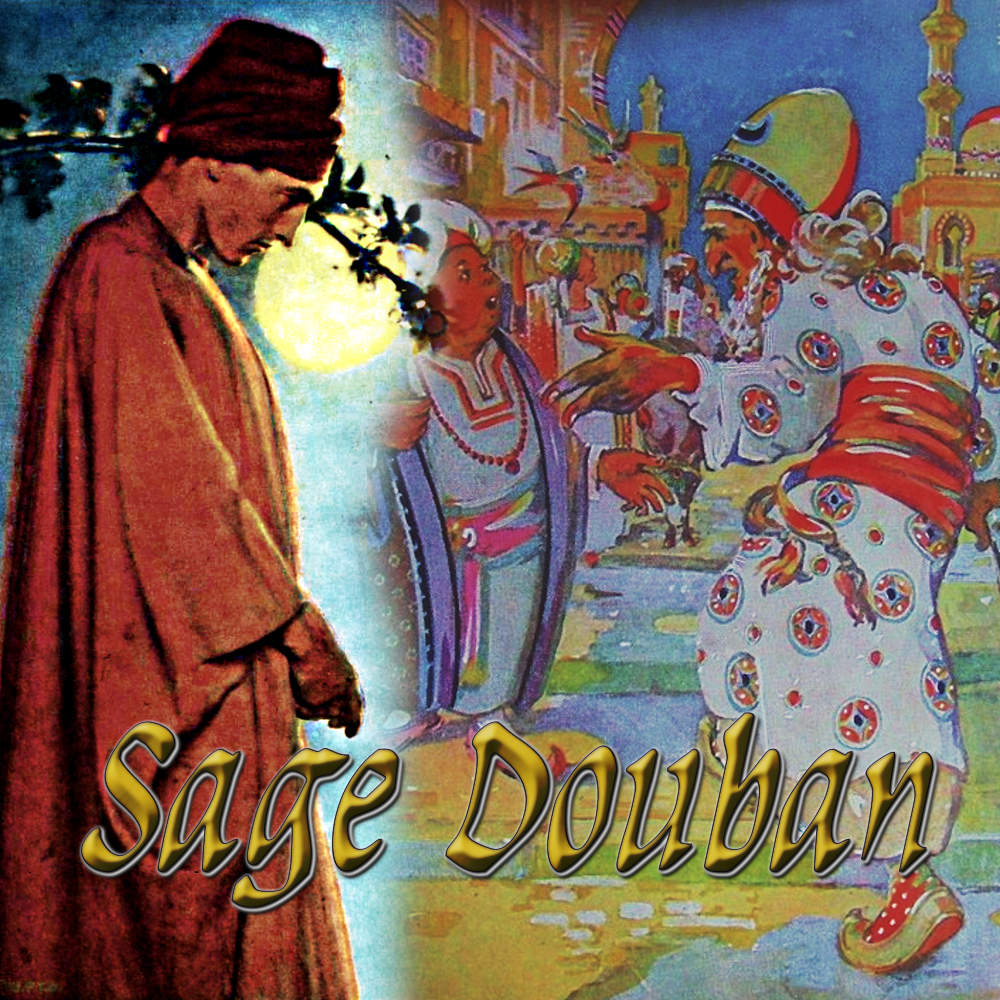 Douban’s story is a simple one: he was a helpful sage and worker of medicine that cured King Yunan of leprosy. After that however a jealous vizier convinces the king that Douban is up to no good, concocting something for regicide. Ultimately King Yunan falls for it and ignores pleas for mercy, though takes note of a book that Douban offers in exchange for his life. After the beheading Yunan pages through the tome but, page after page, nothing is there—nothing except pages made from poison! Just before dying he realizes his own death is punishment from Douban the Sage for killing a man that had saved his life.

Design Notes: It would have been more appropriate to give Douban here the Linguist feat, but it’s more useful for GMs I reckon if he’s going full in on alchemy (although originally I had him down for Keen Mind). This is definitely going to be my go-to build for Ollllld Man; that ancient sage hanging out in a cave waiting to hand the adventurers a sword telling them, “It’s dangerous to go alone! Take this!”

Background: Scholar - Researcher. Acumen or fate gently nudges Douban toward the answers to his questions. When he fails to recollect or discover more about a subject of lore, he knows where or whom can give him that information (usually from an athenaeum, library, institute of higher learning, another scholar, or mystical creature). The lengths to which he must go to acquire this information and the feasibility of doing so is entirely at the GM’s discretion.

Alchemists Formulas. Douban knows how to use his Inventor’s Sack in order to fuel the following features:


Attuned. Douban can attune to up to for magic items at a time.

Enchanted Item Research. Douban knows detect magic and identify, and can cast them as rituals (in which case no material component is required).

Feat: Alchemy. Douban can use an action to identify a potion within 5 feet (as if he tasted it) so long as he can see the liquid. In addition, over the course of a short rest he can use alchemists’ supplies to improve a healing potion. If drunk before 1 hour has passed, the improved healing potion restores the maximum amount of hit points it can heal.

Inventor’s Sack. Douban has a bag filled with the reagents he needs to do alchemy but if he ever loses it, it takes him 3 days of workings 8 hours each day as well as 100 gp of raw materials to replace it.

Magic Items. Douban has crafted and owns a bag of holding and robe of useful items.

Magic Inventions. Douban can cast an artificer spell with a casting of 1 action over the course of 1 minute instead, expending a spell slot and casting the spell into one mundane item that is not holding a spell. A creature with an Intelligence of 6 or higher that is holding the object can use an action to activate the spell inside (spell save DC 14 or spell attack +6) within 8 hours of Douban’s casting. An area of effect spell targets the item holding it. Douban can have up to 3 Magical Inventions at one time.

Thank you for providing another NPC contact, who can be-puzzle adventurers everywhere.