Today in Mythological Figures we’re talking about perhaps the most ancient queen in recorded history, a woman that ruled over a massive swath of earth for half a decade: Semiramis!

Note: The Mythological Figures & Maleficent Monsters Kickstarter is fast approaching £85,000 and busted past $106,000 this weekend. I am equal parts humbled and mollified—you are all legends as far as I'm concerned. 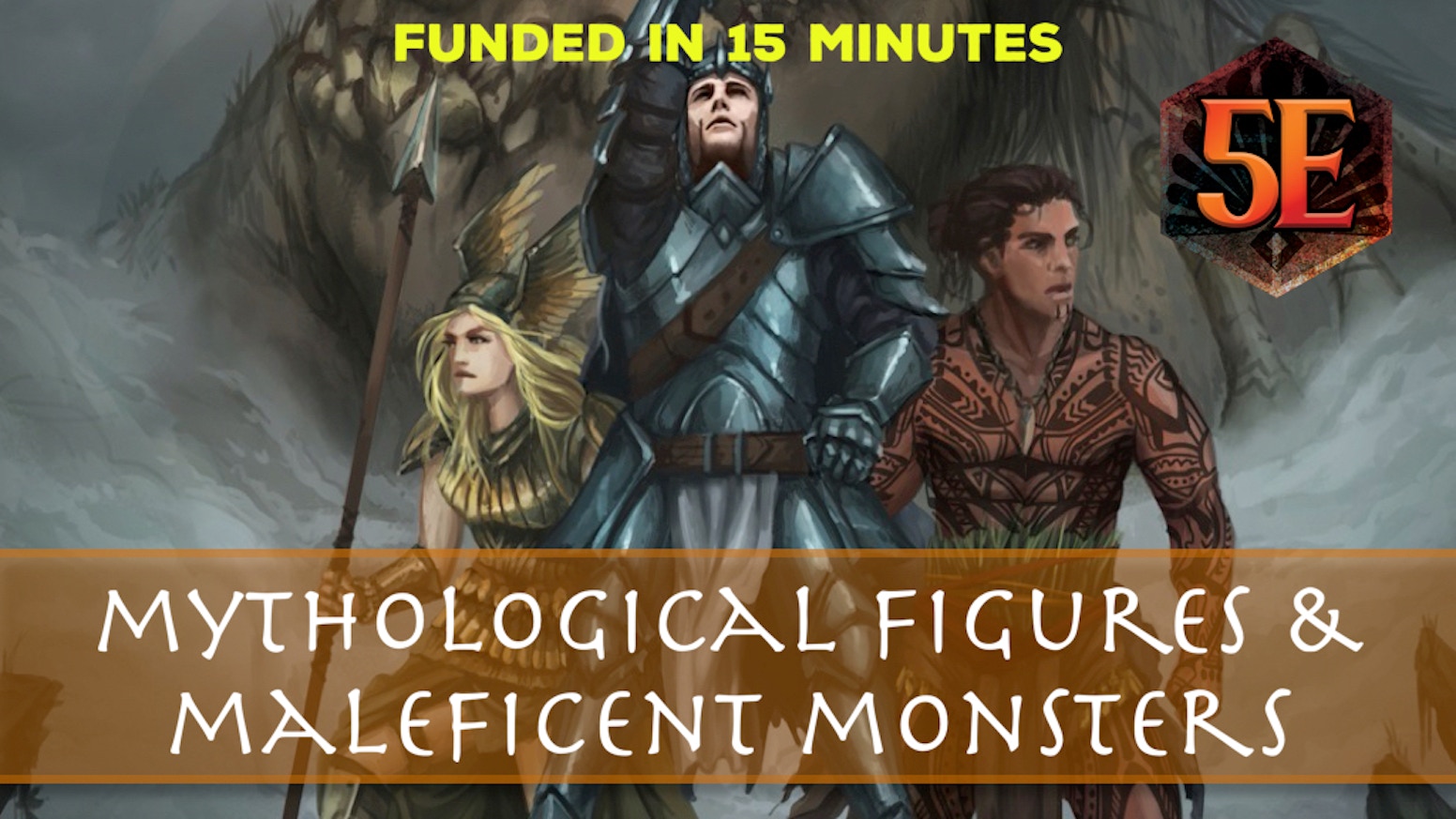 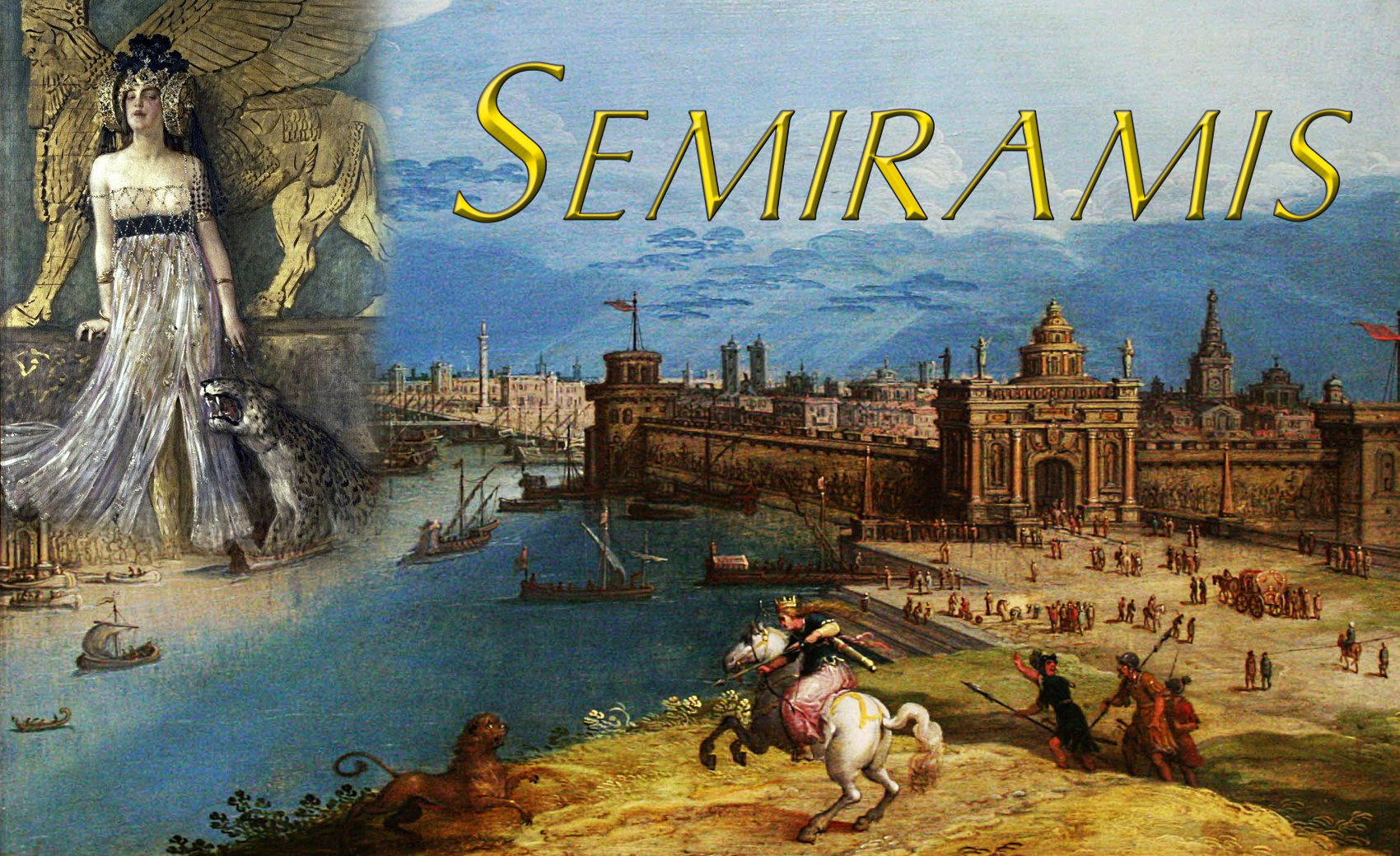 Sammu-Ramat aka Shammuramat aka Sammuramat ruled as the Assyrian Empire’s queen regent from 811–806 BC, sitting on the throne after her husband Shamshi-Adad V died following a dozen years as king, and followed herself by her son Adad Nirari III. Women were forbidden from positions of authority at the time, meaning that she must have been very sly to hold onto power for as long as she did—especially given how vast the empire was, stretching from Egypt up across the Fertile Crescent as far north as Cimmeria and stretching as far east as the Persian Gulf. Unfortunately how she managed all that is lost to history, and much of what we know about her is a matter of deduction. Historian Susan Wise Bauer suggests that part of her successful politicking came from associating herself with as many Assyrian Kings as possible (and brings up some questions on just now nonviolent her ascension to the throne really was).

The queen regent Semiramis came to power as she consolidated a kingdom in recent turmoil from an attempted uprising, commissioning a number of construction projects and possibly even leading military campaigns (after accompanying her husband on one before his death). With the empire brought back to stability, she conquered the Medes, and maybe the Armenians as well—and if we’re to believe Herodotus, built famous banks in fabled Babylon along the Euphrates River. She’s also thought to have had a son from a previous marriage, Trebeta, but had him exiled at which point he journeys away to found Trier, a place that becomes one of the Roman Empire’s biggest cities.

As the Greeks roll in the truth of Semiramis (which is what they called her) becomes mired with mythology: daughter of a fish-goddess, raised by doves, or even that Sammu-Ramat was an entirely different person. Then we hit the 1800s where a minister named Alexander Hislop publishes The Two Babylons, connecting her to the whore of Babylon in chapter 17 of the Book of Revelation. Despite being an obvious fabrication, the association’s claims—including that she was Nimrod’s wife—endure, as do her detractors. What cannot be denied however is that Sammu-Ramat was definitely a person of influence in Earth’s history because how else would the grandiose slab proclaiming her come to stand in the then-lauded city of Ashur?

Design Notes: While Semiramis certainly seems to have eclipsed Cleopatra, as another cunning ruler of an ancient kingdom it makes sense to use her as a base. Given the mythological treatment Semiramis gets over the ages a touch of magic seemed appropriate so I’ve added on bard levels to this build, along with tweaked ability scores—she’s certainly charismatic but to do what Semiramis managed to do she had to be smart as all hell. Let’s look at the numbers! The DMG glides in for a 6.66 and the Blog of Holding 8.166, averaging out to 7.4 which we round on down to a 7.

Background: Noble - Queen. Due to her position as a ruler, Semiramis is treated with a measure of respect wherever she goes. She is treated as royalty (or as closely as possible) by most peasants and traders, and as an equal when meeting other authority figures (who make time in their schedule to see her if requested to do so).

Cunning Action (1/Turn). Semiramis can use a bonus action to take the Dash, Disengage, Help, or Hide action.

Fast Learner. After Semiramis has heard a creature speak for 1 minute or longer, she can mimic its manner of speaking as long as she knows the same language as the creature (allowing her to seem like she is local to a given region).

Feat: Diplomatic. Semiramis can make a Charisma (Persuasion) check contested by the Wisdom (Insight) check of a creature that can understand what she says during 1 minute of talking. On a success, as long as Semiramis remains within 60 feet of it (and for 1 minute afterward) the target is charmed by her. Semiramis automatically fails on the check if she or her companions are fighting the target.

Feat: Master of Intrigue. Semiramis can use an action to fool one humanoid she can see within 30 feet of her. The target must be able to hear her make a Charisma (Deception) check contested by its Wisdom (Insight) check. On a success, the target is fooled until the end of Semiramis’s next turn or until she attempts to fool a different target. Semiramis doesn’t provoke opportunity attacks from movement around a fooled target and she has advantage when attacking a fooled target. On a failure, Semiramis can’t fool the target for 1 hour.

Jack of All Trades. Semiramis adds +2 to any ability check she makes that doesn’t already include her proficiency bonus.

Song of Rest. After a short rest, Semiramis or any friendly creatures who can hear her performance regain hit points by spending one or more Hit Dice, each of those creatures regains an extra 1d6 hit points.

Spellcasting. Semiramis is a 5th level spellcaster that uses Charisma as her spellcasting ability (spell save DC 16, +8 to hit with spell attacks). She knows the following spells from the bard’s spell list:


Cantrips: message, true strike, vicious mockery​
1st-level (4 slots): charm person, healing word, hideous laughter​
2nd-level (3 slots): detect thoughts, suggestion, zone of truth​
3rd-level (2 slots): bestow curse, fear​
Superlative Diplomacy. Semiramis can use a bonus action and expend one use of Bardic Inspiration, rolling it. She can choose a number of creatures equal to the result that are within 60 feet and able to see her. These creatures can understand her regardless of what language she speaks (even if a target knows no languages), and she has advantage on Charisma checks made against them. After 10 minutes, this effect ends.

Tactician. Semiramis is able to use the Help action to aid an ally attacking a creature as long as the target of the attack is able to see and hear Semiramis and is within 30 feet of her.

REACTIONS
Uncanny Dodge. When an attacker Semiramis can see hits her with an attack, Semiramis can use her reaction to halve the attack’s damage against her.

It's interesting that the real and historical Shammuramat (the original Akkadian and Aramaic form of the name) was the Assyrian wife of Shamshi-Adad V (ruled 824 BC–811 BC), ruler of the Neo-Assyrian Empire, and its regent for five years until her son Adad-nirari III came of age and took the reins of power. She ruled at a time of political uncertainty, which is one of the possible explanations for why Assyrians may have accepted her rule (as normally a woman as ruler would have been unthinkable). It has been speculated that ruling successfully as a woman may have made the Assyrians regard her with particular reverence and that the achievements of her reign (including stabilizing and strengthening the empire after a destructive civil war) were retold over the generations until she was turned into a mythical figure. Yes, it's another great write-up! Still waiting for Doc Holliday! 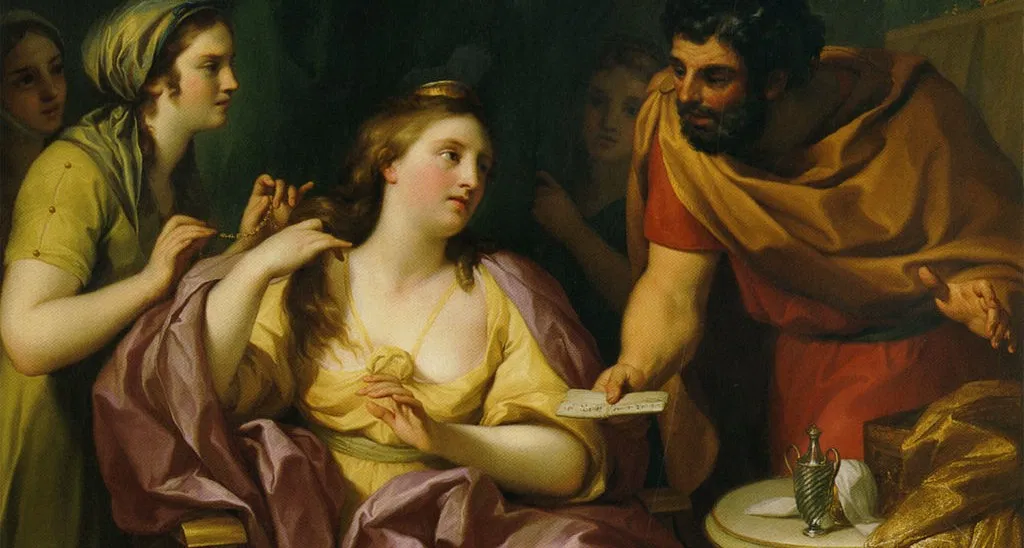 Mike Myler said:
Today in Mythological Figures we’re talking about perhaps the most ancient queen in recorded history, a woman that ruled over a massive swath of earth for half a decade: Semiramis!
Click to expand...

"perhaps the most ancient queen in recorded history", a woman that I explain in the article is said by some to have never existed at all (although I'm of the mind she did).

I'll add Hatshepsut to the queue though, and her earlier counterparts Sobekneferu and Neithhotep.

Semiramis, that's a deep cut. I think the only reason I know about her is because back in the day one of the dancers for the industrial band Sleep Chamber used the stage name of Semiramis. FYI, they are decidedly NSFW.