Hello everyone, Darryl here with this week’s gaming news! Big announcements coming out of Gen Con (and speculation about the con's future), a new edition of 13th Age on the way, Cubicle 7 announces new Warhammer 40K RPG, Free League bringing Middle Earth to 5e, and more!

Don’t forget, you can keep up with all the week’s gaming news in detail with Morrus’ Unofficial Tabletop RPG Talk. This week, Morrus, Peter, and Jessica talk about imposter syndrome. 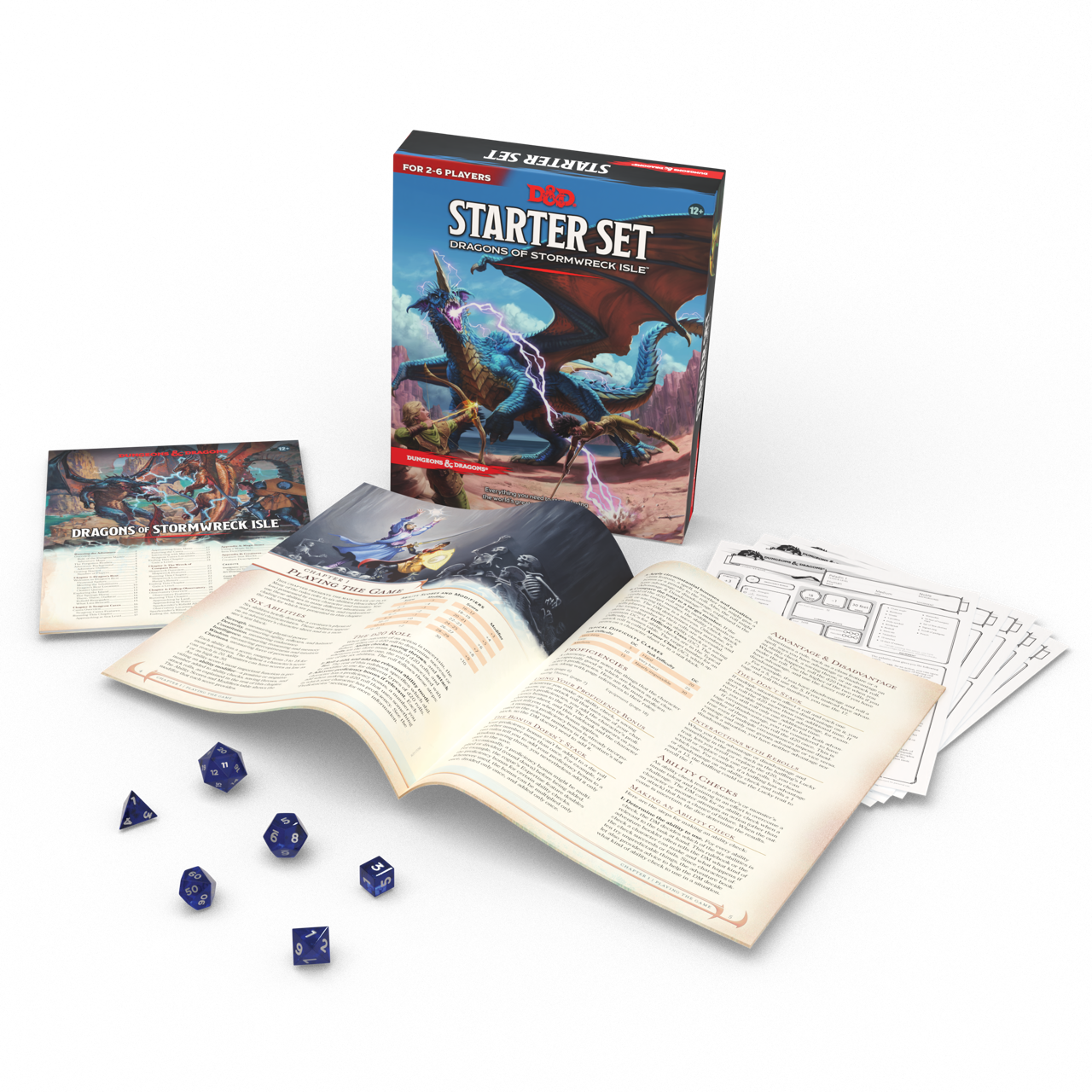 As you might guess, the big story of the week has been Gen Con along with the various announcements that came out of it. But first, a bit about the convention itself as attendance numbers are in and over 50,000 attendees showed up for the “Best Four Days in Gaming”. The convention had over 530 game publishers and vendors, 500 new products were released, and 15,000 ticketed events were held over the four days.

Okay, time for the announcements! First up from Pelgrane Press, we have 13th Age Escalated Edition. This new edition of the game will be backward-compatible with the current edition of the game released in 2013. The new edition promises improved icon relationships, scarier monsters, cooler treasures, more banter, better advice, a “new and better” version of the fighter, new cover artwork, and 2+ pages of additional material for each class including new talents, feats, powers, and spells. The first playtest document will be “ready soon”, and a crowdfunding campaign is planned for 2023. 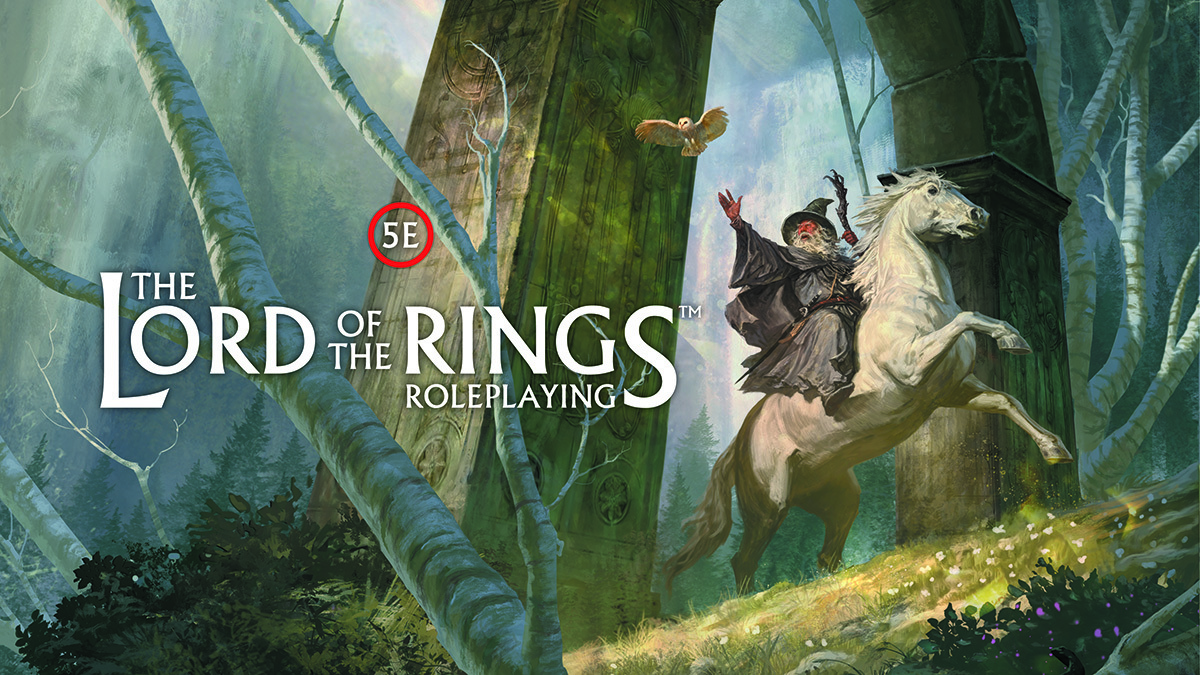 Free League had several big announcements over the week. Last week I talked about the announcement of a new edition of Drakar och Demoner to be published in English for the first time as Dragonbane, but there’s more now as well. First there’s the new book for the dark fantasy game Vaesen called Mythic Britain & Ireland. This sourcebook features more gothic horror and mysteries inspired content inspired by the works of Mary Shelley, Arthur Conan Doyle, and Bram Stoker covering both the city of London and major areas across Britain and Ireland. The hardcover is set for a release on October 11 with a retail price of 378.00 kr (current pre-order prices are US$37.56 and £30.79).

The big announcement though is The Lord of the Ring Roleplaying using 5e rules. The rulebook will contain everything you need to play a 5e game set in Middle Earth including rules for all six of the heroic cultures from Eirador, six new classes, and “a host of terrifying adversaries” plus new journey rules, rules for councils, and the subtle magic of Middle Earth. The PDF will be available as soon as pre-orders go live with both the digital and physical releases scheduled for Q1 2023. And no, you’re not having déjà vu. This is a completely separate product to Adventure in Middle Earth, which was the 5e adaptation of the property from Cubicle 7 released in 2017 before the license changed hands to Free League in 2020.

Speaking of Cubicle 7, they had two big announcements as well. The first is Broken Weave, a “tragic fantasy setting” where the weave of magic is broken, the gods are dead, and the lands are shattered. Not all is lost, though, as the way forward is through hope and community as the only path forward to creating something new. Designer Alex Clippinger on Twitter said they “ripped up the #DnD 5e system in bonkers ways” while creating the setting. Broken Weave is currently scheduled for a 2023 release.

But that’s not all as Cubicle 7 also announced a new Warhammer 40,000 RPG titled Imperium Maledictum. Players take on the roles of citizens of the Imperium in service to a powerful patron with games focused on investigation and intrigue. The game will use a custom d100 system that is a “spiritual successor” to the Black Industries games and Cubicle 7’s own 4th edition of Warhammer Fantasy Role Play. The core rulebook will include a guide to the Macharian Sector, patrons to serve, enemies to face, and everything else needed for both GMs and players. No release date has been announced, but a full line of products for the system is planned including free PDF adventures and faction-specific releases. 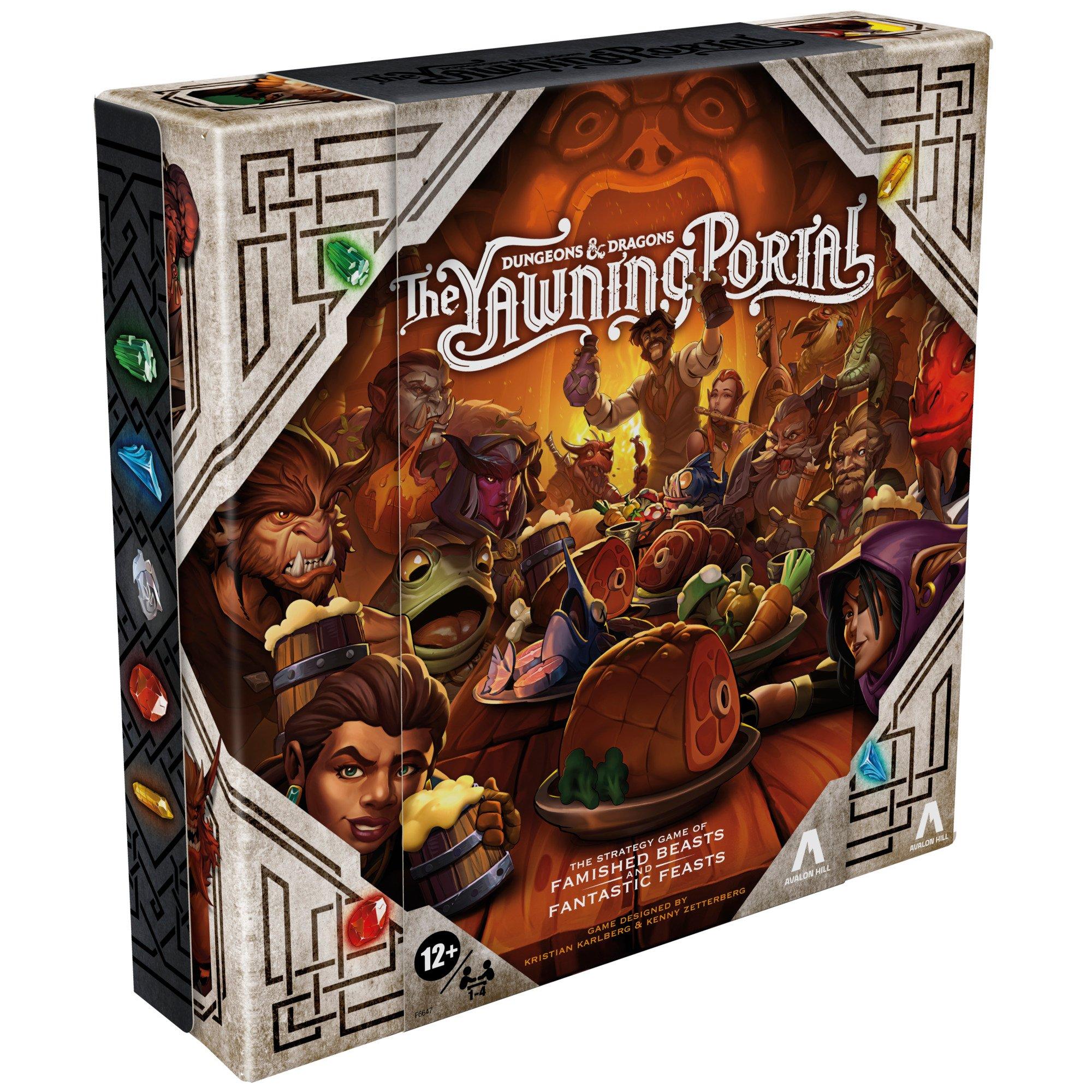 Avalon Hill announced The Yawning Portal, a board game placing you in charge of the iconic Dungeons & Dragons tavern. Each of the 1-4 players takes on the role of one of the staff of the tavern attempting to feed the starving adventurers filling the common room by matching food tokens to the orders on their hero card. The faster and more accurately you fill each customer’s order, the bigger your tip in gems (or you can slip them a magic potion to make them love whatever you put in front of them). There will also be challenges to complete for extra points at the end of the game. The game is currently scheduled for a March 1, 2023, and will have a retail price of $55.99.

In more loosely RPG-related news, Avalon Hill also announced a resurrection of the Heroscape miniature wargame with Heroscape: Age of Apocalypse. The premise of the original game was a battle between forces from across space and time featuring contemporary, science fiction, historical, and fantasy miniatures using a hex-based multilevel grid for combat. The original Heroscape line was notable to RPG fans both for its D&D tie-in release of Masters of the Underdark and for using many of the same sculpts as the Wizards of the Coast produced D&D Miniatures like of pre-painted minis. The new line will unfortunately come unpainted but use different base coloration on the miniatures for each faction, but it will be backward compatible with previous Heroscape sets meaning the miniatures and terrain will be at the same scale and usable with other standard RPG miniatures. No release date, release format, or pricing information has been released at this time. 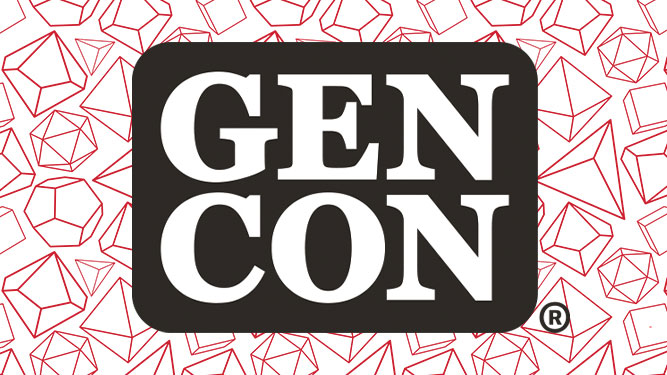 As far as the future of Gen Con, Polygon speculates the convention’s days in Indianapolis may be numbered following objections to a near-total ban on abortions in the state of Indiana passed the week prior to the event. The official account for Coyote & Crow posted that they will not participate in events in states where abortion is illegal and, while they could not withdraw from Gen Con at the late date, they will “be evaluating all subsequent events” and “invite other publishers to make similar stands”. Lone Shark Games, makers of the board games Lords of Vegas and Thornwatch, posted on social media they cancelled their booth at the convention in protest over the law. Gen Con themselves posted a statement to Twitter expressing disapproval of the measure:

“We at Gen Con believe in the right to autonomy over our bodies and the right to choose. Reproductive rights are human rights. Like many of you, we are hurt, angry, and frustrated by recent events, including the recent advancement of SB1 by the Indiana General Assembly. These actions have a direct impact on our team and our community, and we are committed to fighting for safety, tolerance, and justice in all the places we operate.”
Click to expand...

“Passage of Senate Bill 1 will have an impact on our stakeholders and attendees and will make it more difficult for us to remain committed to Indiana for our long-term home. We are committed here through 2026. We do have to think about what that means beyond that and, of course, we would have to look at what that means for the period up until that time.”
Click to expand...


In 2015, Gen Con stated intentions to move the convention from Indiana in protest of an anti-LGBTQ+ discrimination bill, a move which, combined with other protests, forced the state to heavily re-write the law. While Gen Con is contracted to Indianapolis through 2026, though there are clauses in the contract that would allow the convention to move before that date. Gen Con’s economic impact on the city of Indianapolis is the highest of all events hosted by the city (yes, including the famous Indianapolis 500 race), representing about 10% of the city’s event-related revenue. 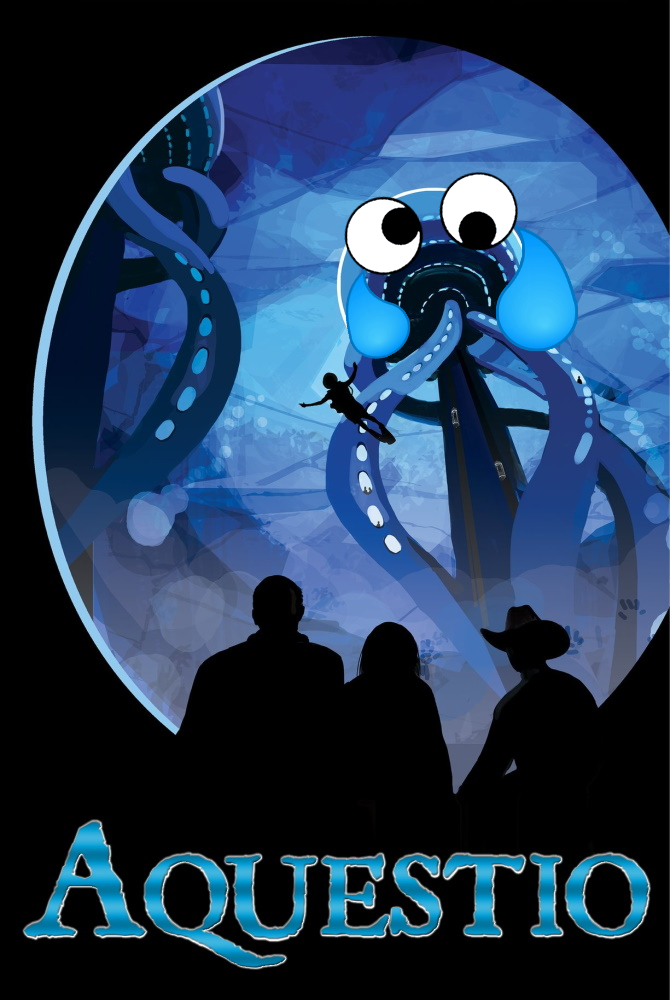 I'm surprised that Gen Con has an economic impact larger than the indy 500. Sure a lot of people who attended that race are probably locals but Google search say 325,000 people attended and I'm sure that number doesn't include media and crews.

sevenbastard said:
I'm surprised that Gen Con has an economic impact larger than the indy 500. Sure a lot of people who attended that race are probably locals but Google search say 325,000 people attended and I'm sure that number doesn't include media and crews.
Click to expand...

Keep in mind that for Gen Con almost everyone coming to the event stays downtown, eats downtown, and generally spends their money downtown.

The 500 is actually held in a suburb of Indianapolis - Speedway, IN. You have to drive to the speedway no matter where you're coming from. There's no real incentive to stay in a hotel in Indianapolis when you can stay in one of the nearby suburbs, so the distribution of the money from the 500 is spread across more cities instead of all being concentrated in Indianapolis. So if you're looking at economic impact for Indianapolis I'm not surprised to see Gen Con rank higher even if it turns out to be the case that the 500 brings in more money in total. Though it may not - GenCon attendees may be spending more money outside of the gate costs than 500 attendees do as well since the 500 does historically attract a lot of locals who can drive in for the day and bring their own food and alcohol (so long as it's in cans and not bottles). Also I wouldn't be surprised to find out that GenCon generates more sales tax revenue overall for the state than the 500 does.

Gen Con's economic impact on Indianapolis for 2019 was $74.6 million. The entire economic impact of all 600+ events held in the city in 2019 was $779 million. When negotiating their last contract with the city, they had enough clout to demand a 120,000 square foot expansion to the convention center and a minimum of 800 more downtown hotel rooms by 2026 as part of the contract.

With regards to the Cubicle 7 announcements, one not mentioned, likely because its only mentioned in a single tweet, is for a WFRP 4E supplement on Lustria.