5E One Page Adventure: The Sands Of Twilight

It's ONE PAGE ADVENTURE TIME! This dungeon crawl for 5th level PCs has them exploring the tomb of a long-dead pharaoh-king, buried beneath the desert dunes. Can they avoid the traps and recover the pharaoh's ancient amulet? You can get this and 13 other One Page Adventures from my Patreon. 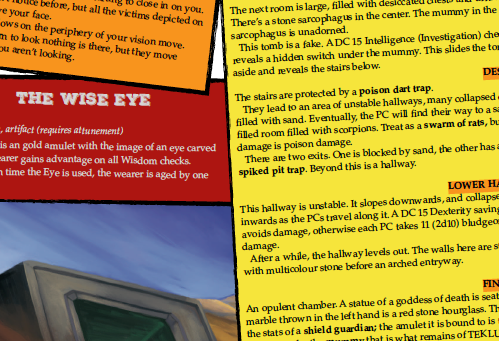 Become a patron of Morrus today: Get access to exclusive content and experiences on the world’s largest membership platform for artists and creators.

This is my 13th ONE PAGE ADVENTURE (well, 14th if you count Presents for Goblins, the free bonus one last Christmas). Others have included: 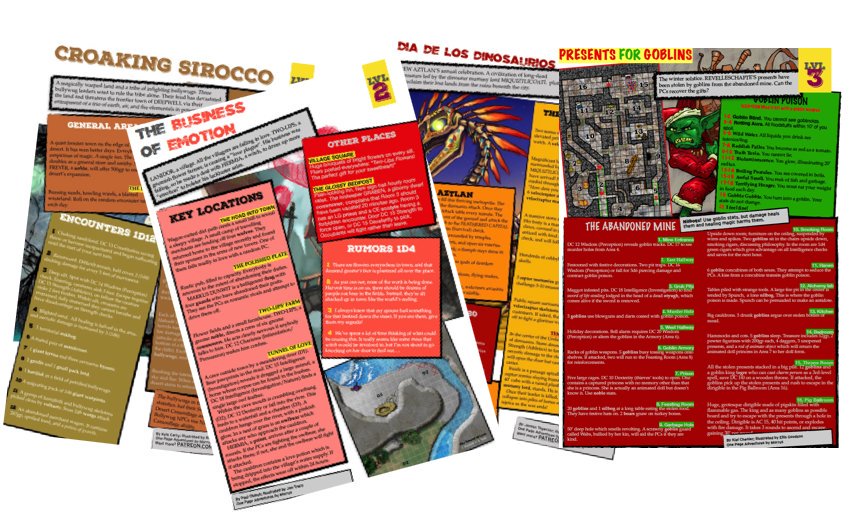 ​
One-page adventures are short and to the point. As an exercise in writing economy, they are distilled down to the very basics. Monsters and NPCs always use standard stat blocks referenced in bold (the usual 5E style), and area descriptions are kept to the bare minimum. For example, Two-Lips' farm in the first adventure, The Business of Emotion, is described thusly: "Flower fields and a small farmhouse. TWO-LIPS, a gnome noble, directs a crew of six gnome commoners."

Sign up to my Patreon at any price you like, and get a One Page Adventure every month!