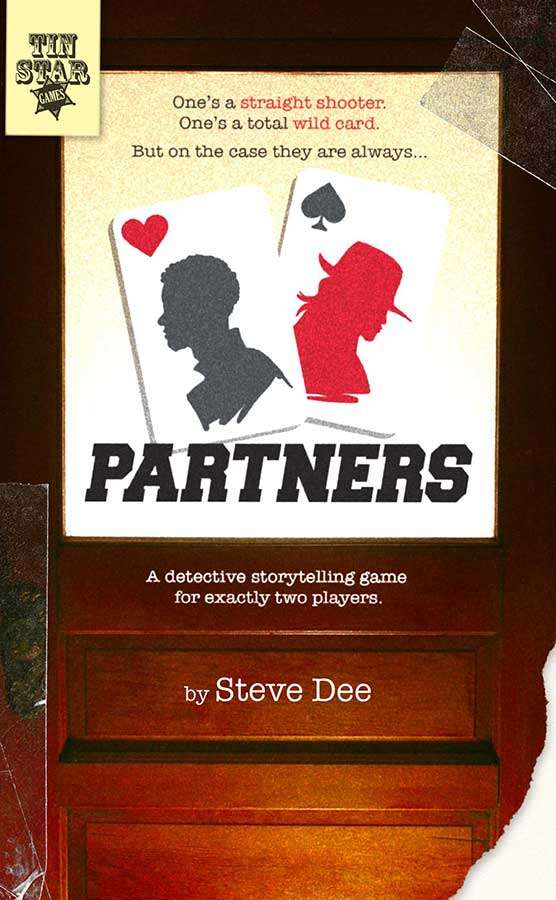 Role-playing games are a hobby of mimicry. They are a new way to tell the stories we love. We get a chance to be part of the story and make the choices of our favorite heroes and villains. Thanks to the nerdy origins of the hobby, there are dozens of ways to tell stories about magic and the future. One genre that’s popular with the general public that’s under-represented in RPGs? The procedural. From Dragnet to The Rockford Files to Law & Order, procedurals have been a staple of TV for decades. Yet there are few games that explore investigating mundane mysteries without supernatural elements. The GUMSHOE system offers a solid system that mixes sci-fi or horror elements into the case and Call of Cthulhu has been the standard bearer for Lovecraftian investigations. Partners, from Steve Darlington and Tin Star games, brings another classic procedural trope to gaming; the mismatched partners.

Partners features two main characters; the Straight Shooter and the Wild Card. The Straight Shooter is the orderly one who discovers the mysteries and wants to help people solve them, while the Wild Card is the chaotic one who breaks the cases because of their eccentric way of looking at things. Even before finishing that sentence, you’re likely already thinking of examples of TV shows that fit this definition like Sherlock, Moonlighting, Remington Steele, Castle and so on. It’s also set up as a game for two players, though there are optional rules for solo play and playing with more traditional sized groups.

Players start the game by creating the two lead investigators as well as their supporting cast, such as the Touchstone who is the reason the duo wants to solve cases and the Superior who keeps them on task. The details of the mystery are determined by the suits and values of playing card draws like who the victim is, how they died and who the suspects are. Play alternates between the players where one sets the scene based on a card draw, and the other connects it to the mystery through a random word selected from a dictionary or an online generator. Each suspect is linked to a suit, with the more times that suit is drawn showing more and more reasons why that suspect is likely to be the killer.

For example, the cards drawn could be about the victim’s boss and financial records with the online word being “counter”. This could lead to a scene where the Straight Shooter interrogates the accountant at the victim’s company to discover the boss was cooking the books. Or it could lead to the Wild Card “accidentally” showing up at the boss’s favorite lunch counter to grind the boss’s alibi down. The process is very open ended, leaving a mystery that’s a surprise to both players until the final card is drawn but still requiring them to put together a narrative that makes sense when the killer is finally revealed.

Partners' gameplay is reminiscent of Fiasco in that it is a game where the players share duties building a narrative in ways familiar to everyone at the table. The narrative gets handed off between players so no one person controls it but encourages cooperation for a greater story. The main difference is that while Fiasco sets up a house of cards for the players to gleefully pick apart, Partners follows the A-plot/B-Plot structure of most TV shows. The main rules break up the procedural scenes with Staging scenes that are more rewarding for long term play as a longer narrative arc plays out. The staging scenes give the players a chance to breathe between the investigative scenes by either introducing a longer mystery, exploring the backgrounds of the characters or the genre staple of teasing Unresolved Sexual Tension between the leads.

Much as Fiasco is an excellent game for writers looking to structure Coen Brothers style tragedies, Partners is a very sharp look at the structure of procedurals and how they come together. The book also discusses safety tools to make sure both players are on the same page on how sex and violence will feature in their show, as well using a brief history of the genre to discuss whether or not players should be playing as actual cops in this day and age. I would also recommend a short discussion between players about the tone of the game before sitting down to play. The examples in the books feel like pitches for “blue sky” style USA procedurals from the 2000s, but I could see frustrations mounting if a pair of players came together with one wanting to play a fairly straightforward investigative show and the other wanting to set it in a Futurama-style satire.

Partners is a great choice for tables that like story games, GMs looking for solo or two player games, or anyone that’s sat on their couch and watched a cable marathon of Psych for far longer than they care to admit.

If you enjoyed this review, please consider purchasing the games through the included affiliate links. Your friendly local freelance writers thank you for your support.

You should watch the 'Good Cop, Bad Cop' movie before a game of Partners!

The Canadian cop is the straight shooter, the Quebecois cop is the wild card. 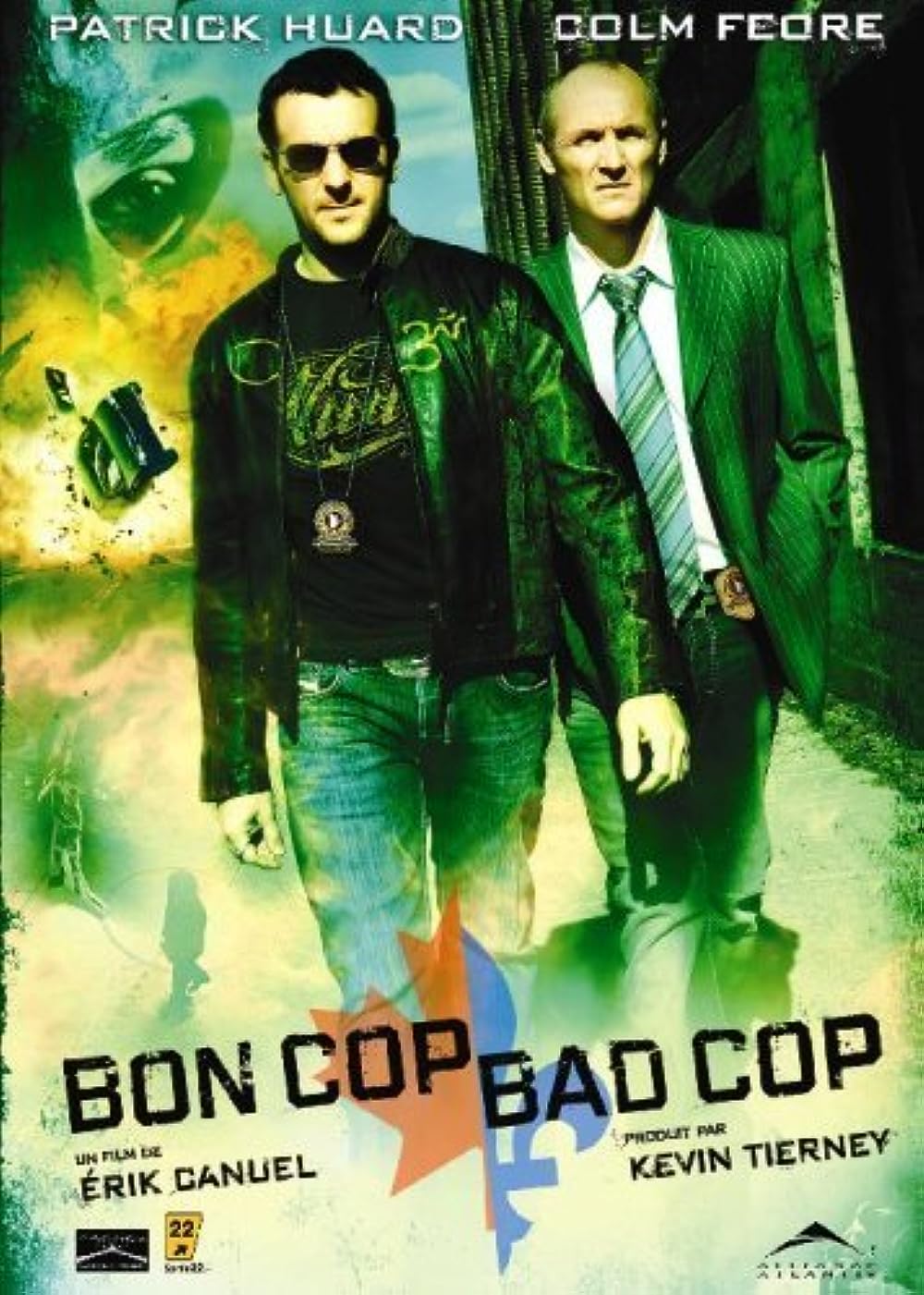 Bon Cop Bad Cop: Directed by Erik Canuel. With Michel Beaudry, Patrice Bélanger, Pierre Boudreau, Sarain Boylan. Two Canadian detectives, one from Ontario and the other from Quebec, must work together when a murdered victim is found on the Ontario-Quebec border.

P
Who authors the shared fiction in RPGing?