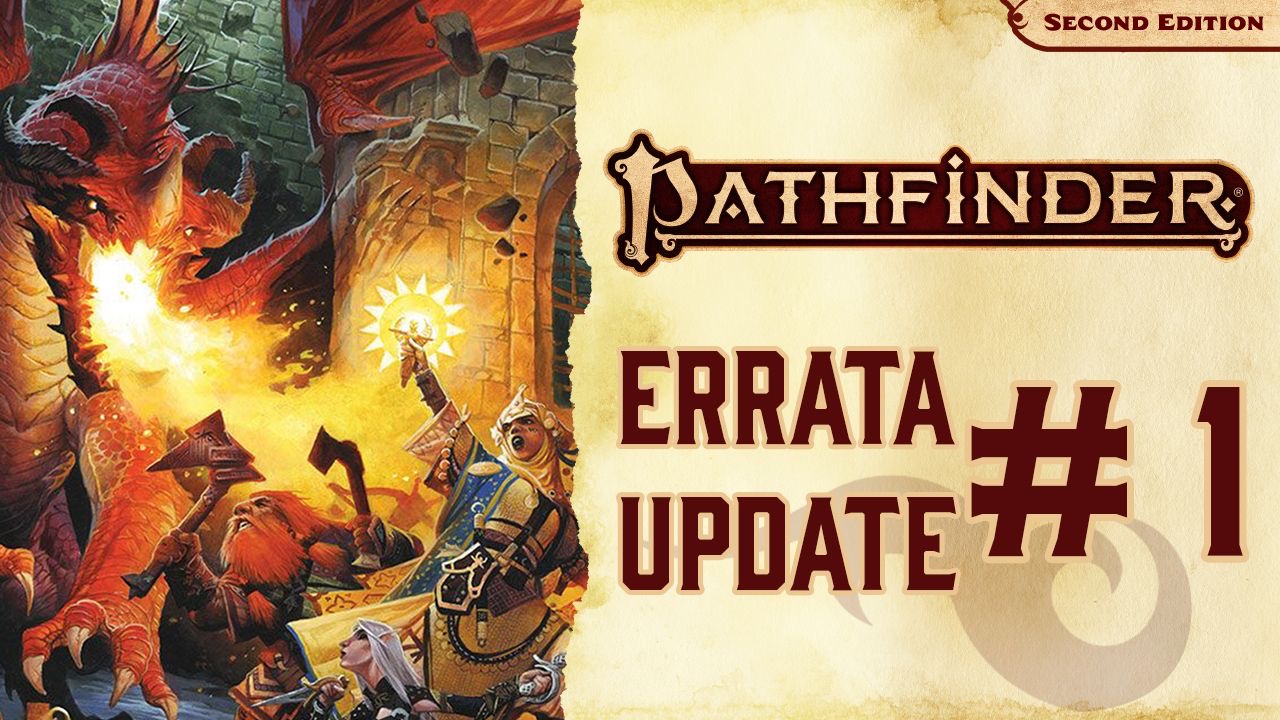 ‘The Pathfinder Core Rulebook has been out in the wide world for a few months now! While you’ve had a chance to put the game through its paces, we’ve been hard at work combing through feedback and questions from staff, players, and fans of the game, looking for any spots that need clarification.

As with any publication, we’ve found a few errors along the way, and we’ve been carefully collecting and compiling them. While we’re not going to list out every typo that we’ve now corrected, we want to provide everyone with the most central updates to the text of the game. Some of these are rules clarifications or corrections of simple errors, while others are broader changes to streamline play or bring core concepts of the game together. We’ve also provided a brief explanation of each change to help show our intent so you can more easily apply the changes to your game.

We should note that not every problem has been addressed in this document. Some are a bit complicated, and the solution is going to take more time to fully test before releasing it to all of you. Just because you don’t see an answer here doesn’t mean that we aren’t aware of and considering the issue—we’re likely just trying to figure out the best way to handle it. Please also note that this document contains updates for only the Core Rulebook. We’re still vetting some changes to the Bestiary and some other products, and we’ll get those changes out to you as soon as possible. Thank you for your understanding and patience as we work to make Pathfinder the best game it can be!”

You can also watch an hour-long video with the designers highlighting some of the new changes and errata.


Regarding core rulebook updates, Paizo went on to say “We do not have an announcement for when the Core Rulebook PDF will be updated. Archives of Nethys is maintaining our System Reference Document (SRD). They, and our virtual tabletop partners, received the errata today and will need time to implement the changes. Thanks!”

Funnily enough, there had already been 3 errors in the errata, so the errata needs errata!

Change in procedure for Paizo, issuing errata without a new print run. There's a fair bit in the new system so really they have too.

Devir Spain hasn't said a word about the date when the Spanish translation will be published. Did they await to the errata?

I remember in 2008 when I could buy Dugeonscape, one of the last sourcebooks of D&D 3.5 Ed but I awaited the Spanish translation (by Devir Spain) after I was too late, I had to come back to my little town, and I couldn't buy neither one nor the other.

The errata is fairly short, with obvious tweaks for the most part (and the most contentious issues still pending).

I'm amazed you can have a video talking about it for an entire hour!