It's time to take a look at Pathfinder 2nd Edition's treatment of archetypes. Archetypes are one of the most widely used additions to Pathfinder 1st Edition, and in 2nd Edition they are an integral part of the game. Let's take a look! 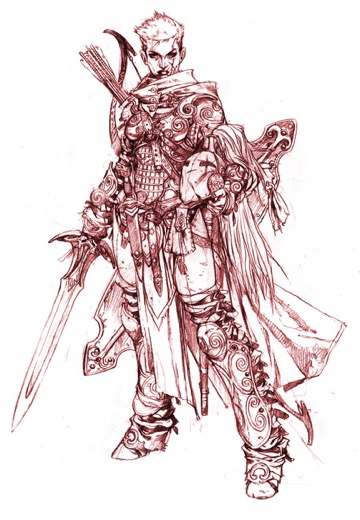 Schmoe said:
That is pretty interesting. It sounds like you took the system to the extreme and found it broke. Intuitively, it seems like there is a reasonable middle ground that you might reach by, for example, restricting the space into skill feats vs. heritage feats vs. class feats etc. And then furthermore if you design feats that don't necessarily have synergy or are wholly orthogonal then maybe it's ok if some might be a little bit more powerful than others. But of course I haven't designed such a system, and I haven't seen one either. I'm definitely looking forward to seeing how Paizo approaches it.
Click to expand...


Admittedly, at that point, I had gone classless for the design so perhaps having some way to segregate weaker feats from stronger feats and then giving them out (2 from column A, 3 from column B, or 4 from column C) would have made it more viable. But at the time, I was just one guy and my time for game development was ebbing to non-existent trickle it has become in recent years.

jmucchiello said:
Admittedly, at that point, I had gone classless for the design so perhaps having some way to segregate weaker feats from stronger feats and then giving them out (2 from column A, 3 from column B, or 4 from column C) would have made it more viable. But at the time, I was just one guy and my time for game development was ebbing to non-existent trickle it has become in recent years.
Click to expand...

You could have also gone with point buy.
Great feats are 5 points, good feats are 4 points, weak feats are 3 points, and linguist is 1 point, etc...

mellored said:
You could have also gone with point buy.
Great feats are 5 points, good feats are 4 points, weak feats are 3 points, and linguist is 1 point, etc...


But I was trying to go with a "Everything is a feat" where feat is a single equal across the board kind of thing. When I discovered I couldn't do it with a single power level of feat-ness. I gave up because my base feat was +1 bonus to an ability modifier. (I had junked ability scores for just using the modifiers. So a typical "first level" character had 8 "feats" they could distribute them among their abilities and optionally take other "feats". That's why everything had to be equal.

Paizo doesn't have my limitation because they still have the class system and level system that says when you gain a class feat or a race feat or a skill feat or a archetype feat. Etc. So they don't have to balance every feat against every other. Just against every other within the same feat type and level range. Kind of like the powers and spell of 4th edition.

I jumped in the PF bandwagon, mostly because I liked 3.5, but mainly because of the OGL. However, I have found that I much prefer what 5e has to offer.I liked the things PF simplified, like skills, CMB, and CMD. This does sounds so complicated to track.

Ancalagon said:
Will more than one archetype (on one character) be possible I wonder...
Click to expand...

Schmoe said:
That's what I'm getting, too. Which is interesting, because for the longest time I've heard some people argue that all character features should become feats and it would make the system much more flexible and easier to use. Now that someone is actually going in that direction, a lot of people seem unhappy. I think it's an interesting idea, personally, and I'd like to see how it plays out. The concept of different feat pools with very few limitations on how you customize within those pools sounds like it has promise.
Click to expand...

I like features as feats and build your own character, as True 20.
This is far from it, you still have your class features and those customizations which are limited, if you get a dedication feat you need to get x number of feats of that branch to change to another one. Then there is the scope of the feats, one feat to gain an attack when boarding another ship?, at this rate we will have thousands of super specific feats which only purpose is to fill an arbitrary arquetype number of feats and sell books.

After reading all of these blog posts, I've canceled my efforts to work through the playtest material. While I've not seen enough of the game to make an opinion on how the final work will be one way or another; I know I don't want to waste time on it now.

All that said though, for those folks that like fiddly bits this is going to be cool.

I would not let anything anyone has said, one way or another, in an online thread about a subject that we have 4 paragraphs from the publisher about , without any actual rules stated, sway my opinion or feelings. Now if you don’t want to dig through playtest rules that’s a whole different thing. The rules will likely not change drastically, although there are some exceptions that they have thrown in to see how people like them according to what Paizo has stated. There will be balancing based on feedback and I’m sure if everyone universally stated Yuck on something we will probably see a change, but they have been working on this for years. Even before Starfinder was started they were working on this. That’s a lot of development.

Im going to have to wait to see what the whole playtest looks like all together. Im not going to jump to conclusions with bits and pieces of previews. People seem to be saying the sky is falling. IMO its way to early to tell anything. Yep, wait and see approach.