This week, Morrus and Peter talk about science fiction RPGs. In the news, an unboxing of the Star Trek Adventures Tricorder Collector’s Box, D&D Beyond has a new bundle, Wizards of the Coast revenue over $1 billion, and more! Plus a brand new sketch about the big decisions involved in a duel. 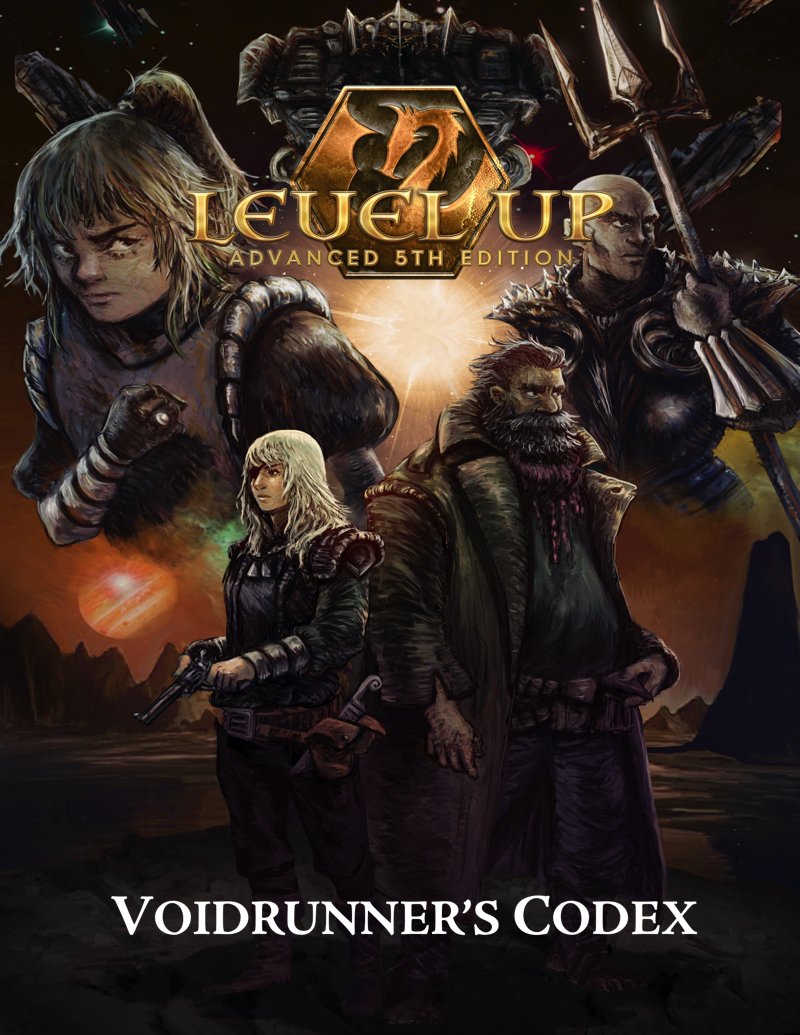 “Marooned Off Vesta” by Isaac Asimov Marooned off Vesta - Wikipedia

Please support us on Patreon at http://patreon.com/morrus

Don’t forget to join the Morrus’ Unofficial Tabletop RPG Talk Facebook group at https://www.facebook.com/groups/1033145023517295/ and join us on Discord at https://discord.gg/VAuxX8M

Malach the Maleficent played by Darren Morrissey
Click to expand...

Darryl Mott is a tabletop gaming and media journalist with bylines from outlets including Ain't It Cool News, EN World, and Zombie Orpheus Entertainment. He also makes videos for YouTube and does live streams on Twitch as well as doing post-production and editing for the Morrus' Unofficial Tabletop RPG Talk podcast.
T

Lists of Top Science Fiction RPGs that don’t include Traveller are not good lists.

TrippyHippy said:
Lists of Top Science Fiction RPGs that don’t include Traveller are not good lists.
Click to expand...

That's what I said!

TrippyHippy said:
Lists of Top Science Fiction RPGs that don’t include Traveller are not good lists.
Click to expand...


It got named at the end of the Stars Without Number description, as Also Consider: Traveller

But that list is supposed to be sci-fi games for people who like D&D, yet they can't list any that use the OGL, 3E or 5E, other than an honorable mention for Starfinder? Where is Esper Genesis? Maybe my issue is when I see a list that says "genre games for people who like D&D", I expect the games to play like D&D. This is just a "if you like RPGS at all, and happen to like D&D, then try this random list of games from this genre." Feels like this article would be more at home in the 90's, than in present day with that attitude.

My personal list of Top 10 Science Fiction RPGs (evaaar) is:

1) Traveller - Classic, then Mongoose Traveller (2nd edition).
2) Paranoia - Primarily 2nd Edition or XP - totally different type of science fiction, but nevertheless a classic in it's own right.
3) Star Wars - Primarily the WEG D6 version.
4) Cyberpunk - I see Cyberpunk Red to be an updated version of 2020 really.
5) Space: 1889 - the Ubiquity version actually works best - but it remains the definitive 'steam-punk' RPG.
6) Twilight 2000 - For me, the best post-apocalyptic setting played totally straight and hard scifi (and bleakly dark).
7) 2300AD - Again, for 'hard scifi'. Notably it is now a setting expansion for Mongoose Traveller, although the original was standalone. In the case of a potential replacement, it would be Eclipse Phase which expands more into transhumanism (although I see them as related in a way).
8) Doctor Who - For family orientated, easy-to-run fun. Any Cubicle 7 version, depending on your favourite Doctor.
9) Judge Dredd - For less family orientated, easy to run fun. Still have fond memories of the old GW version.
10) HōL - Human Occupied Landfill - Well, it is a personal list.....

Honorable mentions (lots): Gamma World and Metamorphosis Alpha, Shadowrun, Heavy Gear and Jovian Chronicles, Star Trek, Prime Directive, SLA Industries, Alien, Dune, the Warhammer 40K games (probably Dark Heresy, primarily), Eclipse Phase, Mindjammer, Mutant: Year Zero, Tales of the Loop, Apocalypse World. I could go on and one with the list...although I'm going to put it out there that I'm not really a fan of johnny-come-lately clones (which I'm not going to mention).

I'd note that the science fiction genre in cinemas is possibly only massive compared to fantasy if you include the Star Wars franchise (Lord of the Rings is a lot bigger in box office than the recent Dune series, notwithstanding the difficulties of releasing during a pandemic) and one shouldn't forget the success of Harry Potter, either. Fantasy books usually outsell science fiction ones, I think still, and there often a blurring of the two genres (is Star Wars more a space fantasy than a science fiction, etc). The main trope of science fiction is often simply that it looks futuristic. What is also notable, however, is there is a higher number of big movie/TV IPs represented in science fiction RPGs than there are for any other genre.

In fact the biggest genre in cinemas over the last decade or so is superheroes, which hasn't fully translated into the success of RPGs, curiously - there are plenty of them, but the genres' sales relative to fantasy or scifi isn't that great. Why this is, I dunno.

What about Eclispe Phase?

Of course as a new publisher of sfrpg stuff, I keep an eye on whatever is the new hotness. Absolutely, without a doubt it's Mothership, I mean the biggest non-licensed RPG kickstarter recently? Uh ...
It's influence is felt everywhere, even in the cepheus community, which speaking of in Traveller, and Alien; Hostile probably bears the next mention there.
For 5e adjacent, there are a few systems, though probably one is going to have to get past Stars Without Number, and Starfinder; I mean I bought Ultramodern 5e, it looks nice, I don't know more, unless I brought it to the table (which I probably won't).
Adam from EP is now a rep for dtrpg.

LuisCarlos17f said:
What about Eclispe Phase?
Click to expand...

I mentioned it - but 2300AD is my first choice of that sort of near future projective sci-fi. Eclipse Phase is just after it.