Pop-Up Terrain: Is This The Best Thing Since Sliced Bread?

I've just backed a Kickstarter campaign -- and it's not a cheap one ($290 for the full set) -- for fold-away-pop-up terrain. If you're familiar with pop-up books, you'll get the idea. 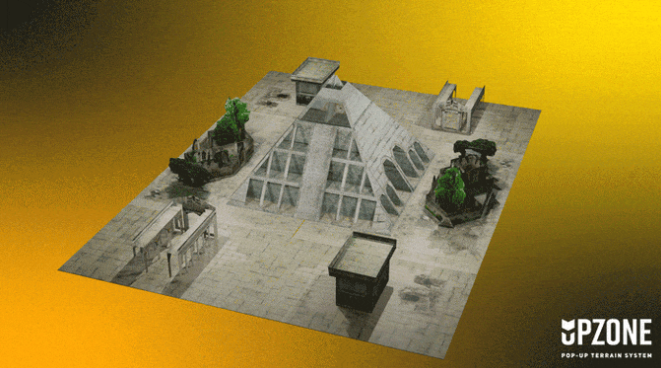 There's four sets - Ancient, Dungeon, Cathedral, and Obsidian (which is a sci-fi set), all with 1-inch grids. Each set is made of a number of tiles which can be swapped out should you want to put trees in your dungeon, and the 3D structures are strong enough to hold the weight of miniatures, allowing you to stand them on roofs and other structures. As I mentioned, it's not cheap. $290 for the full set, or $100 for a single set. Technically you're getting three sets for $290, but they're giving away the fourth, Obsidian Zone, for free as a stretch goal. There's also a bunch of small terrain pieces (crates, rune circles, trees, rivers, etc. available as stretch goals).

Now I just need the pandemic to end, as terrain and miniatures aren't much use on Zoom!

Looks great and I think its pricing is fair for a board of that size. That said, I considered it but decided against it, as even from the videos the buildings seem to wobble, and I'm afraid that constant use will deteriorate them. Also, fixed positions of terrain pieces its not optimal for repetitive gaming . But I wish them all the luck

Is This The Best Ting Since Sliced Bread?​

Having looked at the prices charged at my local bakeries and supermarkets, I would have to say the best thing since sliced bread is .... unsliced bread.

Is This The Best Ting Since Sliced Bread?​

Having looked at the prices charged at my local bakeries and supermarkets, I would have to say the best thing since sliced bread is .... unsliced bread.
Click to expand...

Word on the street is that the first birthday cake was made by gluing together 40 cupcakes.

I learned that absolutely true fact at Sprinkles!

Supporter
Loving this terrain. A really smart idea, particularly for 40k players like me that play a couple of times a year and don’t have the space. A couple of choice barricades etc would work really well with this set.

What a cool idea.

I use terrain and miniatures on Zoom all the time. I just set up a second camera (phone). It's kind of cool, because sometimes you can set up entire encounters ahead of time and just move your camera around the table for the current "scene." Just a thought.

On topic - these are cool and for usable portable terrain seems like a worthwhile investment.

This one was much cheaper and more modular, but it was also more DIY. It was popular enough to a second KS. 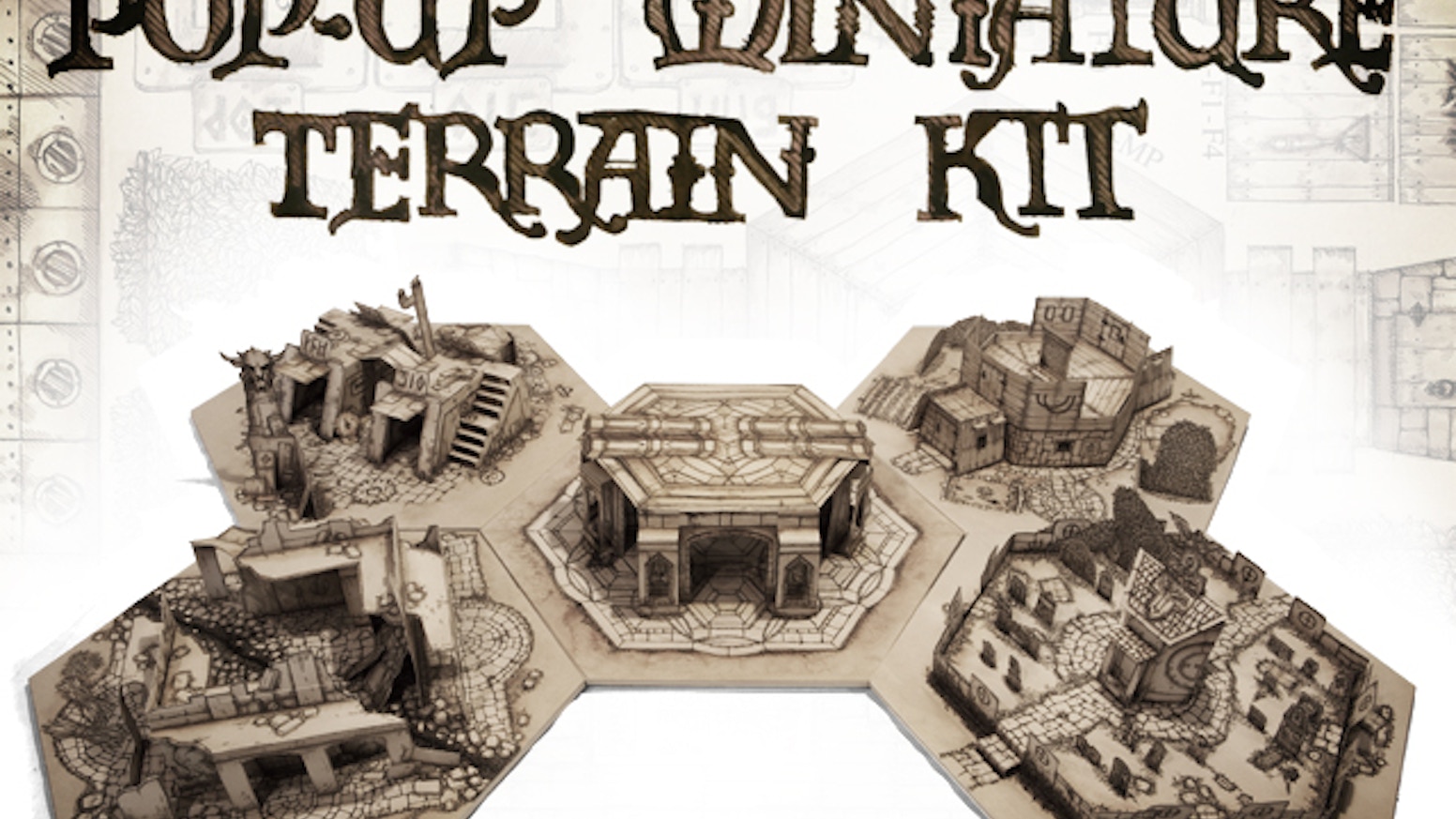 We're producing a kit so you can craft paper pop-up terrain for miniature tabletop wargaming and RPGs!

But for saving space and ease of setup, pop up terrain needs more love.

I’ve been asking for this for years! I bugged fat dragon games and those pop up card folks.

Keranova make cheap models for medieval settings, if you like this sort of thing. 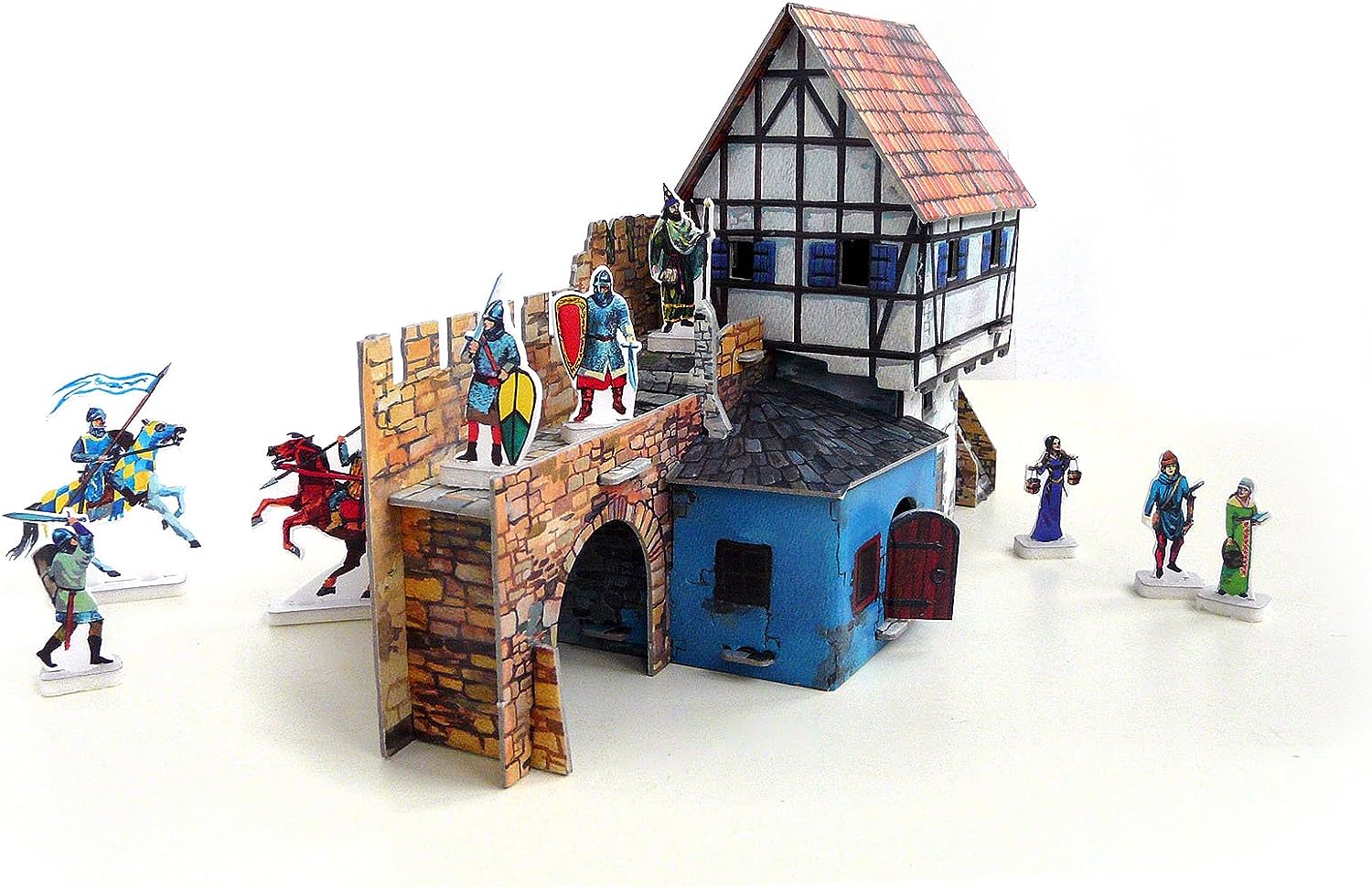 way too expensive for a pop u book. imo

Too expensive for me, but the idea is genius.

I think it's a good idea as well, definitely would be easier to store.

Wiz kids getting in on the act with a pop up yawning portal as well, coming in April next year.

Bilharzia said:
Keranova make cheap models for medieval settings, if you like this sort of thing.

Keranova makes a fairly large range of buildings for medieval towns / villages. I've seen it on Amazon before and considered getting some. It looks good, but I have questions about the durability. I also have this thing about buildings etc. being just what I want, not "close enough". They are not "pop up" like the kickstarter above but I imagine they're light enough. One of the problems with terrain for me is the weight / bulk of it unless you are playing in one location (sometimes the wife prefers I occupy another space with a fair sized group of occasionally rowdy gamers). Then too, once the combat moves indoors a flat floorplan becomes much more practical (for me anyway). Still, (my) retirement is just around the corner and 3d printers are in my immediate future as well so I'm holding off on investment like this. And this is a bit of an investment - you can get a good 3d printer for this price (although filament or resin is a cost consideration). And I used to do a bit of 3d modelling, so .STL files are something I could do if I wanted something specific. I may retire some of my floorplans and heavier terrain then. Or just get busier adding to my own collection of flat (cardstock) floor plans... there is something attractive about carrying scores of floorplans / tiles around in a folder and pulling out what you need

Very cool. If it is still around after the pandemic, I might consider it. But since jumping on the VTT bandwagon I've been using digital battlemaps, even for in-person games (using a horizontal display to put minis on). Digital battlemaps just give so much flexibility. But I could totally see using these for significant battles. My main issue is that that it a lot of money to spend on something with out much re-usability. If I were running wargames instead of TTRPGs, it would make more financial sense.

Wizkids has some card stock building releasing early next year. Seem like a growing area of our hobby.

It would be great for conventions... if we ever have them again.

If you have a lot of terrain then storage becomes a concern. Having something that can fold up when not in use is fantastic. That said, I've got so many other financial commitments at this time that I can't back this one. Too bad.