I've been playing a Goblin Paladin lately, and it's an absolute blast. The character concept is a lot of fun, but one of the things I enjoy most is my Nimble Escape ability:

You can take the Disengage or Hide action as a bonus action on each of your turns.
Click to expand...


What I love about this is that I get to do something no other Paladin can (unless they multiclass with Rogue). I get to frequently move away, hide and gain advantage, be stealthy... It's a really different way of playing a Paladin than I would if I were, say, a Goliath Paladin, or a Dwarf Paladin, or a Human Paladin. In a way, being a Goblin allows me to break the rules of the game. Normally hiding is an action; I get to do it as a bonus action!

With that in mind, I've been thinking about other ways races allow you to break rules as a player. For example, in a recent campaign the Wood Elf Druid would occasionally use Mask of Wild, and it was really fun!

Mask of the Wild​

You can attempt to hide even when you are only lightly obscured by foliage, heavy rain, falling snow, mist, and other natural phenomena.
Click to expand...


There were also three dwarves in the group... a Dwarf Fighter, a Dwarf Cleric, and my character, a Mountain Dwarf Wizard. Getting to wear Medium Armor as a Wizard really helped me in some scrapes!

You have proficiency with light and medium armor.
Click to expand...


I started to brainstorm what it would look like if every race had some way to break the rules, to allow any class to play a little differently. I decided to make two races to test this idea. I based the races off of the place I live, the Northern California Coast. Each race has traits that break the rules in some way, as well as cultural traits that the player chooses between. I also like the idea that proficiency in a language gives you some kind of ability, so each language also grants a certain power.

What do you think? Would this be a fun way to do racial traits in a D&D game? What are some other fun ways for races to break the rules? 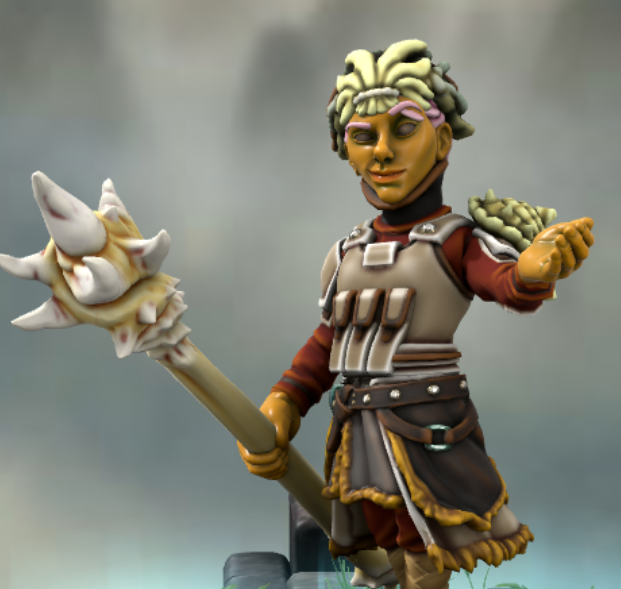 Scavins are a coastal people, living in kingdoms and villages built from driftwood, shells, and glass formed from beach sand. Scavins are humanoids who blend in with the sand; their skin is the many colors of the sand, their wide eyes are the dark gray or brown of stones, and their hair varies from the green of kelp to the pink of coral. They are slight, standing just around five feet, with large hands and long fingers.

Scavins have a natural affinity for crafts: their clothes, tools, and settlements are made of scavenged materials, but often work better than the same crafts forged by master smithies. Scavins are well-known for their quirky sense of humor. Often they will add strange accompaniments to their crafts, such as bright colors, a taxidermied animal, or jingling bells. The more serious their customer, the more ridiculous a Scavin will make their craft.

Ability Score Improvement: Add +2 to one ability, and +1 to another; alternately, add +1 to three abilities.

Burrow: As an action, you may burrow into the ground. In soft terrain, such as sand or loose soil, you burrow 10 feet, to a maximum depth of 10 feet below the surface. In hard terrain, you may burrow up to 5 feet. This distance does not come out of your total movement for the round.

Keen Crafter: You have a natural sense for how complex objects work. You gain advantage on Intelligence (Investigation) checks in order to make sense of how a device, such as a trap, secret door, or machine, works or could be disabled. It takes you only 10 minutes to identify the properties of a magic item, rather than one hour.

Scavin Cultural Traits: You gain proficiency in Common, the Scavin language, and one other language. Choose one of the following traits. Alternately, if you were raised in another culture, you may choose from that lineage’s cultural traits.

Scavin Precision: Proficiency in the Scavin Language gives you the ability to use Scavin Precision. When using the Help Action to assist someone who is also proficient in Scavin and making a Wisdom (Perception) or Intelligence (Investigation) check to search for traps or secret doors, you may add a further 1d4 to the Ability Check. 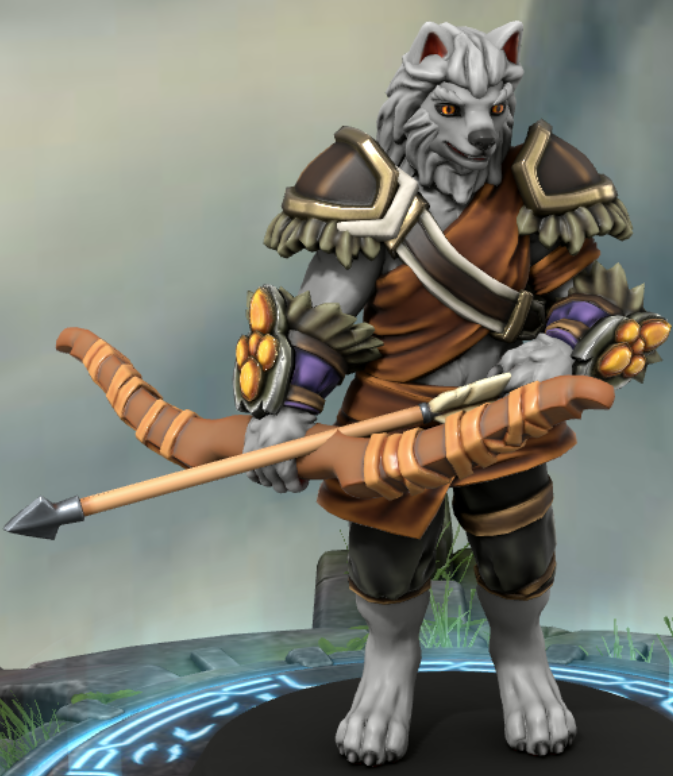 Oyocos are tall, lupine people who are often met traveling between seasonal settlements; they are frequently heard singing, laughing, and celebrating good luck or a good hunt. In fact, the oyoco’s song is a form of their language, communicating complex ideas or a storied history through a few notes.

Oyocos have the look of wolves or coyotes standing on two feet. Their bodies are covered in short gray, tan, brown, or black fur. Their eyes are sharp and bright, often blue, green, or yellow. They are skilled hunters, and often dress in clothes meant to blend into the coastal hillsides where they live.

Ability Score Improvement: Add +2 to one ability, and +1 to another; alternately, add +1 to three abilities.

Quick Senses: You may make a Wisdom (Perception) check as a bonus action.

Fleet-Footed: Your walking speed is 35 feet. When taking the Dodge action, you gain an additional +1 to your Armor Class.

Oyoco Cultural Traits: You gain proficiency in Common, the Scavin language, and one other language. Choose one of the following traits. Alternately, if you were raised in another culture, you may choose from that lineage’s cultural traits.

Oyoco Song: Proficiency in the Oyoco language grants you the ability to use Oyoco Song. When you make a Charisma (Performance) check to sing for at least ten minutes, you gain advantage on your first Charisma ability check made against any audience member who is proficient in Oyoco.

( well, this is approximate data of course )

so, after you have chosen your stats you unlock the Race corresponding to the mix of your Highest and Lowest stats
then you will gain Racial traits

( in this little system there is room for 30 humanoid races )

edit : I hope I'm not being racist in so speaking " it's in your ADN "

yes, I hadn't thought of this :
nothing prevents you from bearing two or more Strengths and/or Weaknesses;
could appear in half-elfs, half-orcs etc